The material for this study consisted of stratified seeds of Vitis californica submitted to germination under optimum conditions (+25 °C) or under chill stress (+10 °C), also followed by recovery. It has been determined that the germinating seeds contain considerable amounts of tannins, catechins as well as phenolic acids such as gallic, p-coumaric, caffeic and ferulic acids. Gallic acid appeared in the highest amount in the germinating seeds (from 42.40–204.00 µg/g of fresh weight (FW)), followed by caffeic acid (from 6.62–20.13 µg/g FW), p-coumaric acid (from 2.59–5.41 µg/g FW), and ferulic acid (from 0.56–0.92 µg/g FW). The phenolic acids occurred mostly in the ester form. Under chill stress, the germinating seeds were determined to contain an elevated total amount of phenolics, as well as raised levels of condensed tannins, catechins, gallic acid, and gafeic acid. The levels of p-coumoric and ferulic acids were found to have decreased. In extracts isolated from a sample exposed to low temperature, increased antioxidant activity and reduction potential were also demonstrated. Tissue of the germinating seeds which underwent post-stress recovery was found to have less total phenolics. View Full-Text
Keywords: grape seeds; germination; chill stress; phenolic compounds; antioxidant activity grape seeds; germination; chill stress; phenolic compounds; antioxidant activity
►▼ Show Figures 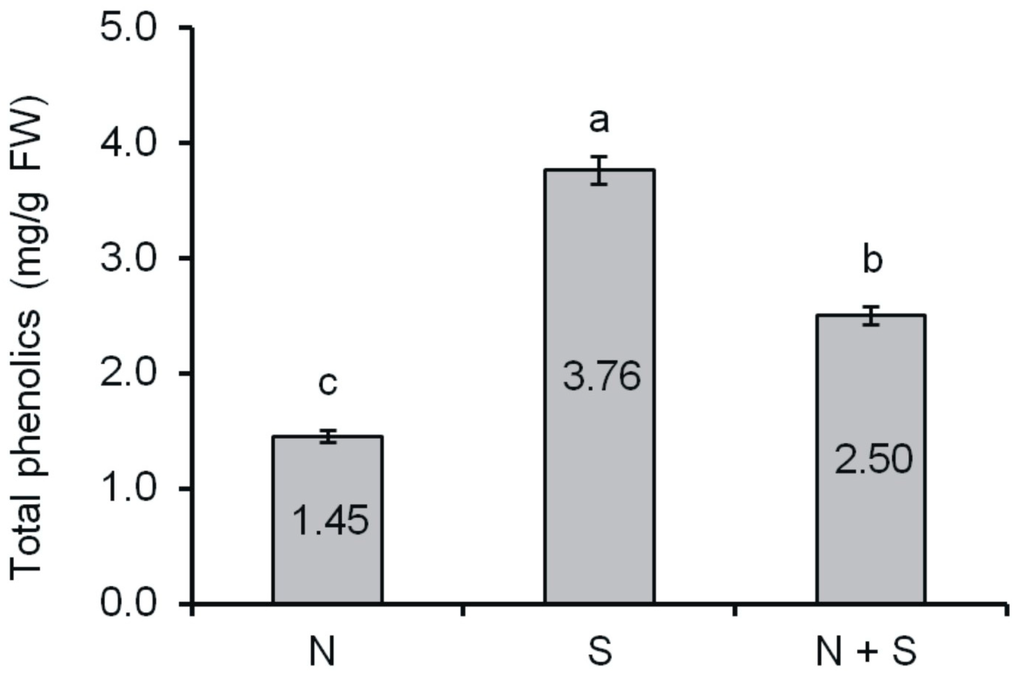