Synthesis, Properties and Applications of Biodegradable Polymers Derived from Diols and Dicarboxylic Acids: From Polyesters to Poly(ester amide)s
Previous Article in Journal

Nanofibrillated cellulose (NFC) films have potential as oxygen barriers for, e.g., food packaging applications, but their use is limited by their hygroscopic characteristics. The three-dimensional microstructure of NFC films made of Pinus radiata (Radiata Pine) kraft pulp fibres has been assessed in this study, considering the structural development as a function of relative humidity (RH). The surface roughness, micro-porosity, thickness and their correlations were analyzed using X-ray microtomography (X–μCT) and computerized image analysis. The results are compared to those from scanning electron microscopy and laser profilometry. Based on a series of films having varying amounts of 2,2,6,6-tetramethylpiperidinyl-1-oxyl (TEMPO)-mediated oxidated nanofibrils, it was demonstrated that X–μCT is suitable for assessing the surface and bulk 3D microstructure of the cellulose films. Additionally, one of the series was assessed at varying humidity levels, using the non-destructive capabilities of X–μCT and a newly developed humidity chamber for in-situ characterization. The oxygen transmission rate (OTR) of the films (20 g=m2) was below 3:7mLm-2 day-1 at humidity levels below 60% RH. However, the OTR increased considerably to 12:4mLm-2 day-1 when the humidity level increased to 80% RH. The increase in OTR was attributed to a change of the film porosity, which was reflected as an increase in local thickness. Hence, the characterization techniques applied in this study shed more light on the structures of NFC films and how they are affected by varying humidity levels. It was demonstrated that in increasing relative humidity the films swelled and the oxygen barrier properties decreased. View Full-Text
Keywords: nanofibrillated cellulose; NFC; oxygen transmission rate; OTR; tomography; humidity nanofibrillated cellulose; NFC; oxygen transmission rate; OTR; tomography; humidity
►▼ Show Figures 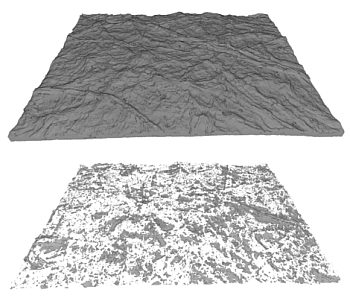