Glucagon-like peptide-1 (GLP-1), an incretin hormone secreted by intestinal L cells, is a promising therapeutic agent in the treatment of diabetes. A major target for GLP-1 actions is the pancreatic β-cell. One of the main physiological roles of this endocrine hormone is to enhance insulin secretion in a glucose-dependent manner [1–3]. The physiological relevance and pharmacology of GLP-1 have been researched extensively, with a major focus on its incretin actions, and its application in the treatment of type-2 diabetes. However, the administration of GLP-1 is not effective as a treatment for diabetes, because the protein is rapidly degraded by dipeptidyl peptidase-4 (DPP-4). Thus, GLP-1 receptor agonists that are resistant to DPP-4 and DPP-4 inhibitors are currently being used for the treatment of type 2 diabetes [4].
Intrahepatic cholangiocarcinoma (ICC) is a devastating malignancy originating from the biliary epithelium, and ranks as the second most common primary liver cancer after hepatocellular carcinoma (HCC) [5]. There are several documented risk factors for ICC, including primary sclerosing cholangitis, liver fluke infection (Clonorchis sinensis or Opisthorchis viverrini), fibropolycystic liver disease, hepatolithiasis, and thorotrast exposure [6–8]. Exendin-4 is a 39-amino acid glucagon-like peptide-1 (GLP-1) analog, which was found originally in the saliva of the gila monster. It shares approximately 53% sequence homology with the mammalian GLP-1 [9,10]. Because of amino acid changes, exendin-4 is resistant to the degradation of the enzyme dipeptidyl peptidase-4 and has a longer half-life than native GLP-1. Exendin-4 binds to GLP-1 receptors (GLP-1Rs) to exhibit antidiabetic actions, including glucose-dependent stimulation of insulin secretion, delay of gastric emptying, and protection of β-cells.
At present, synthetic Exending-4 has been approved by the FDA for the treatment of diabetes. Other GLP-1 analogs and DDP4 inhibitors were also gradually studied and developed. More and more reports show a close relationship between obesity and diabetes and intrahepatic bile duct cancer [4,6,7]. Inhibiting tumor cell proliferation and promoting tumor cell apoptosis have become the focus of our attention and study. Previous studies have confirmed that GLP-1 can promote normal bile duct cells proliferation and inhibit their apoptosis [4]. However, the effect of GLP-1 on intrahepatic cholangiocarcinoma cells has not been reported. Based on our previous studies [11] about the analysis of clinical data of intrahepatic cholangiocarcinoma and immunohistochemical staining, we find that positive expression of GLP-1R is very high in intrahepatic cholangiocarcinoma tissue, indicating that GLP-1 is closely associated to the occurrence and development of cholangiocarcinoma. Therefore, in the present study, we investigate role of GLP-1 and Exendin-4 in development of intrahepatic cholangiocarcinoma.

HuCC-T1 cells were cultured in 6-well plates for 24 h. Then, cell suspended in 1 mL double-strength Dulbecco’s modified Eagle’s medium (DMEM) supplemented with 20% fetal bovine serum (FBS) and 4 mM l-glutamine, which had been mixed with 1 mL 0.6% agarose and then held at 60 °C. Cells were divided into four groups: background control (inculbation in medium), low controls (cells spontaneously release LDH), high controls (LDH was maximumly released when the cell membrane ruptures), and experimental substance (medium containing 2 mg/mL or 4 mg/mL GLP-1R or Exendin-4). Values were measured at 492 nm (OD492) after cells were cultured for 4, 8, 12, 24, 48 or 72 h.

HuCC-T1 cells were cultured in 6-well plates for 24 h. Colonies were counted after 3 weeks.

Male nude mice (BALB/c), aged 4–6 weeks, received a subcutaneous injection of 0.5 × 106 HuCCT1 cells (100 μL 1:1 PBS). After 3 weeks, mice were killed and tumors were removed. Then, tumors were cut into small pieces (2 mm × 1 mm × 1 mm).
Twenty-four animals were anaesthetized. The left costal margin was incised and liver was exposed. Tumor pieces were implanted into livers and incision was closed. Then, animals were randomly divided into four groups (n = 6): control, Exendin-4 treatment, oxaliplatin treatment and Exendin-4-oxaliplatin treatment. Animals in Exendin-4 treatment and Exendin-4-oxaliplatin treatment groups received a subcutaneous injection of Exendin-4 (100 μg/kg/day) for 1 week, and then received oxaliplatin (10 mg/kg/week) by tail vein injection. Animals in control group received PBS. Tumor size was measured every week. Tumor size V = 1/2 × a × b2. After 5 weeks, animals were killed and weighed.

Five micrometer-thick sections of paraffin-embedded tissues were deparaffinized, heated in citrate buffer (0.01 M, pH 6.0) in a microwave for 3 min, and then treated with 0.3% hydrogen peroxide in methyl alcohol for 20 min to block endogenous peroxidase activity. After three washes in PBS, the sections were incubated with 10% normal goat serum (Vector ABC Elite Kit; Vector Laboratories, Burlingame, CA, USA) and then incubated for 1 h at room temperature with primary antibody. As a negative control, primary antibody was omitted. After three washes in PBS, the sections were treated with the appropriate secondary antibody (dilution 1:200; Vector Laboratories, Burlingame, CA, USA) for 45 min, washed three times in PBS, and then incubated for 45 min with avidin–biotin peroxidase complex (Vector ABC Elite kit, Burlingame, CA, USA), prepared according to the manufacturer’s instructions. The peroxidase was reacted using a diaminobenzidine substrate kit (Vector Laboratories, Burlingame, CA, USA). The sections were counterstained with hematoxylin, dehydrated, and cleared with xylene before finally being mounted.

This work is supported by National Natural Science Foundation of China (No. 81000940). 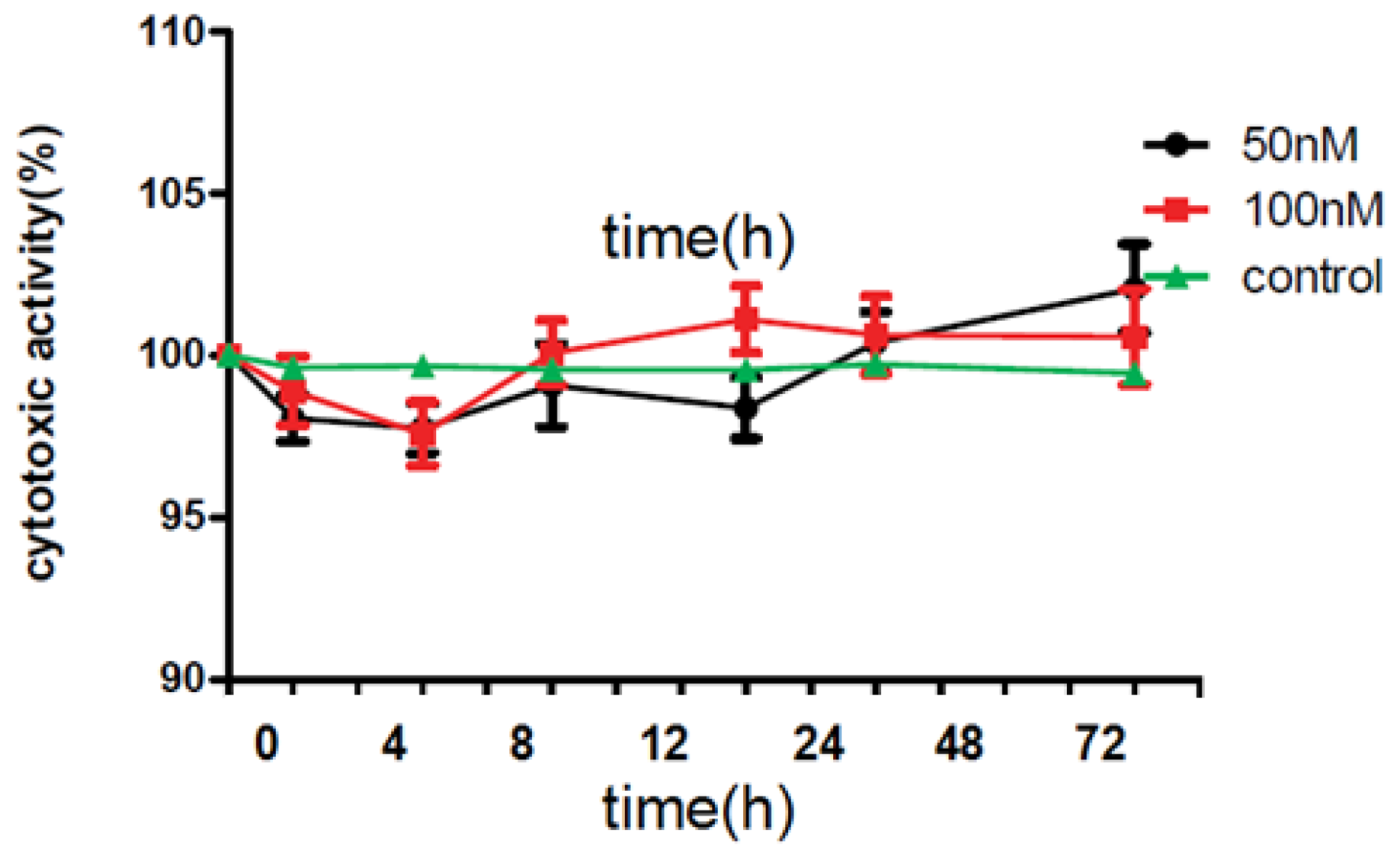