The process of searching for anticancer drugs involves consideration of different structures with different mechanisms of action. The methods of searching for the optimal structures (drug design, combinatorial synthesis, screening, etc.) also vary [1–3].
One can find an interesting approach in the work by Hollósy et al. [4] where two series of amide derivatives of 2-furanocarboxylic and 2-thiophenecarboxylic acids were selected for synthesis and testing. The authors obtained two sets of six derivatives of the acids (six pairs of compounds, a derivative of furan and an analogous derivative of thiophene in each pair). In the next step, they established the retention factor, log k, as a measure of lipophilicity in isocratic conditions for the studied compounds along with the use of the classical Hansch method [5]. They calculated also the logarithms of the partition coefficients, clog P, as an independent measure of lipophilicity. Finally, the authors studied the biological activity, the antiproliferative effect of the A431 cells expressed as LD50, and conducted a preliminary assessment of the statistical relationship between biological activity and lipophilicity arriving at a higher consistency for derivatives of thiophene and the calculated lipophilicity parameters (clog P).
Pondering the results obtained by the authors [4] we arrived at the question on how lipophilicity of the compounds and their antiproliferative activity related to structural parameters derived under the quantum chemistry calculation methods for molecules, when both isolated (in vacuo), and placed in an aqueous medium. If a dependence were to be statistically proven, it could allow an attempt at a preliminary explanation of the mechanism underlying the antiproliferative action of the analyzed compounds.
The object of this study was to conduct a statistical analysis of the data established by computational ab initio methods (for both isolated molecules, and molecules in aquatic environment conditions) and the parameters characterising lipophilicity and biological activity as presented in the work by Hollósy et al. [4] in order to confirm their chemometric dependence. The aim of this study was to demonstrate the common and the differentiating features of the considered compounds in terms of their physicochemical and pharmacological effects.

The study used the literature-quoted data of biological activity (antiproliferative for A431 cells) expressed as LD50. Based on previous experience [6,7] the values presented by the authors [4] were converted to their logarithmic form, log (1/LD50). The value of biological activity presented in this form is directly proportional to the force of action, hence better correlated with the structural parameters.

The chromatographic data were expressed as log k and derived from the cited paper [4]. The authors obtained them using the Hypersil MOS (C8) column and a mobile phase containing 0.25 M triethylamine phosphate, pH 2.25, and 24% v/v acetonitrile. The analysis further included the semi-empirical values of log P (clog P) presented by the authors [4] and calculated by the Hansch method [5].

The non-empirical structural indicators, i.e., quantum-chemical indicators, were calculated in the study. The structure of the tested compounds was examined by molecular modeling with the Gaussian 03W software (v03, Gaussian Inc., Wallingford, CT, USA, 2003). The geometry of molecules was optimized using the restricted Hartree-Fock 6–31G (d, p) method [8] also known as 6–31G** and then extended in addition with the method of polarization functions 6–31G (3d, 3p) [8], which assumes that there are three polarization functions—d and three polarization functions—p in the atom. The structure was optimized directly (in vacuo) and in the aquatic environment using the PCM method (Polarizable Continuum Model) [9–11].
The quantum-chemical indices considered were as follows: total energy (TE); electronic spatial extent (ESE), which is defined as the area covering the volume around the molecule beyond which electron density is less than 0.001 electron Bohr−3 and describes the sensitivity of the molecule to the electric field; the energy of the highest occupied molecular orbital (E_HOMO); the energy of the lowest vacant molecular orbital (E_LUMO), and the energy difference of HOMO and LUMO defined as the energy gap (EG). Moreover, the following values were used: the largest positive charge on the electron atoms (MAX_POS), the largest negative charge on the electron atoms (MAX_NEG), the difference between the largest positive and negative charge (DELTA_Q), the total dipole moment (TDM), and the isotropic polarizability (IPOL).
The values of total energy were expressed in atomic energy units a.u. or Hartree, energies of HOMO, LUMO and the energy gaps were expressed in eV and isotropic polarizability in Bohr−3. The values of the electron density and electron charges on atoms were expressed in units of elementary charge (ē), the dipole moment in Debye (D), and the electron spatial extent in eBohr−3.
For the optimized structures in aqueous environments the following parameters were also used: the polarized solute-solvent interaction energy (PSSIE), the cavitation energy (CE), the dispersion energy (DE), the repulsion energy (RE), and the total energy of non-electrostatic interaction (Tne), all values in kcal/mol.

The retention data of the compounds studied were related to their structural indicators under stepwise, progressive, and multiparametric regression analysis (multiple regression), and the analysis of partial least squares (PLS) was performed in Statistica 10 (v10, StatSoft, Tulsa, OK, USA, 2011) installed on a personal computer.

The work was supported by the Polish State Committee for Scientific Research Projects N N405 423839. 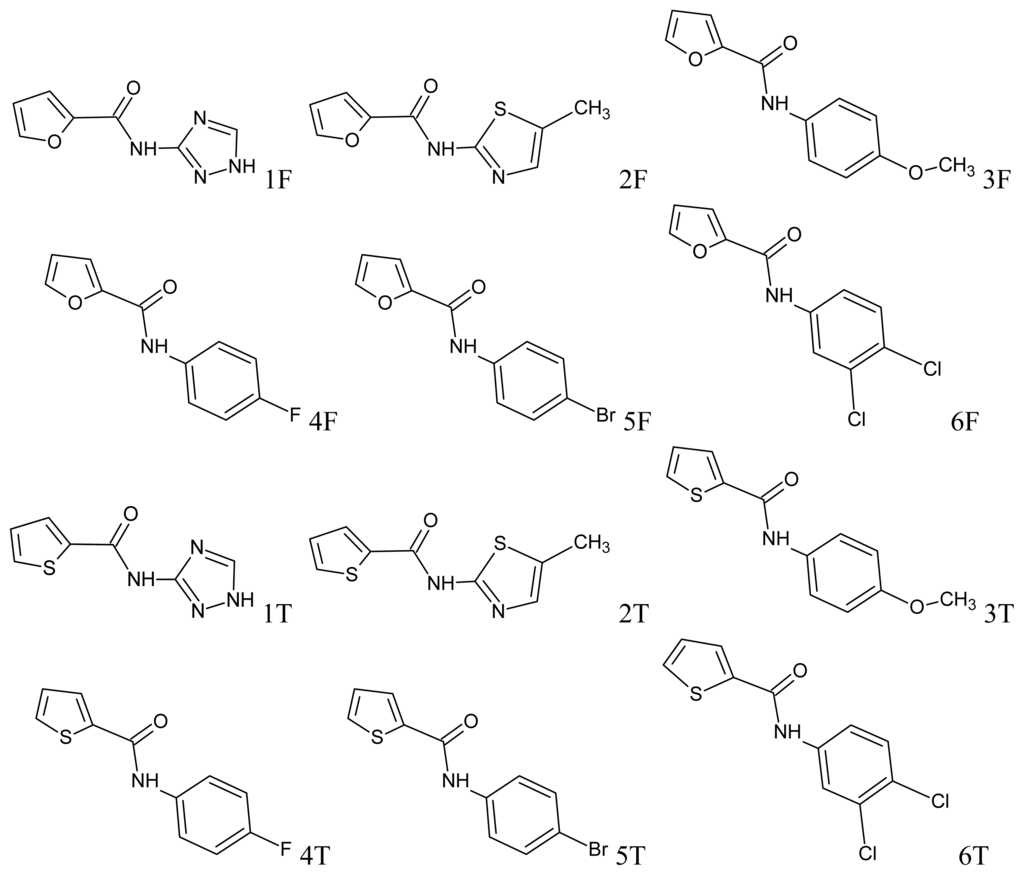 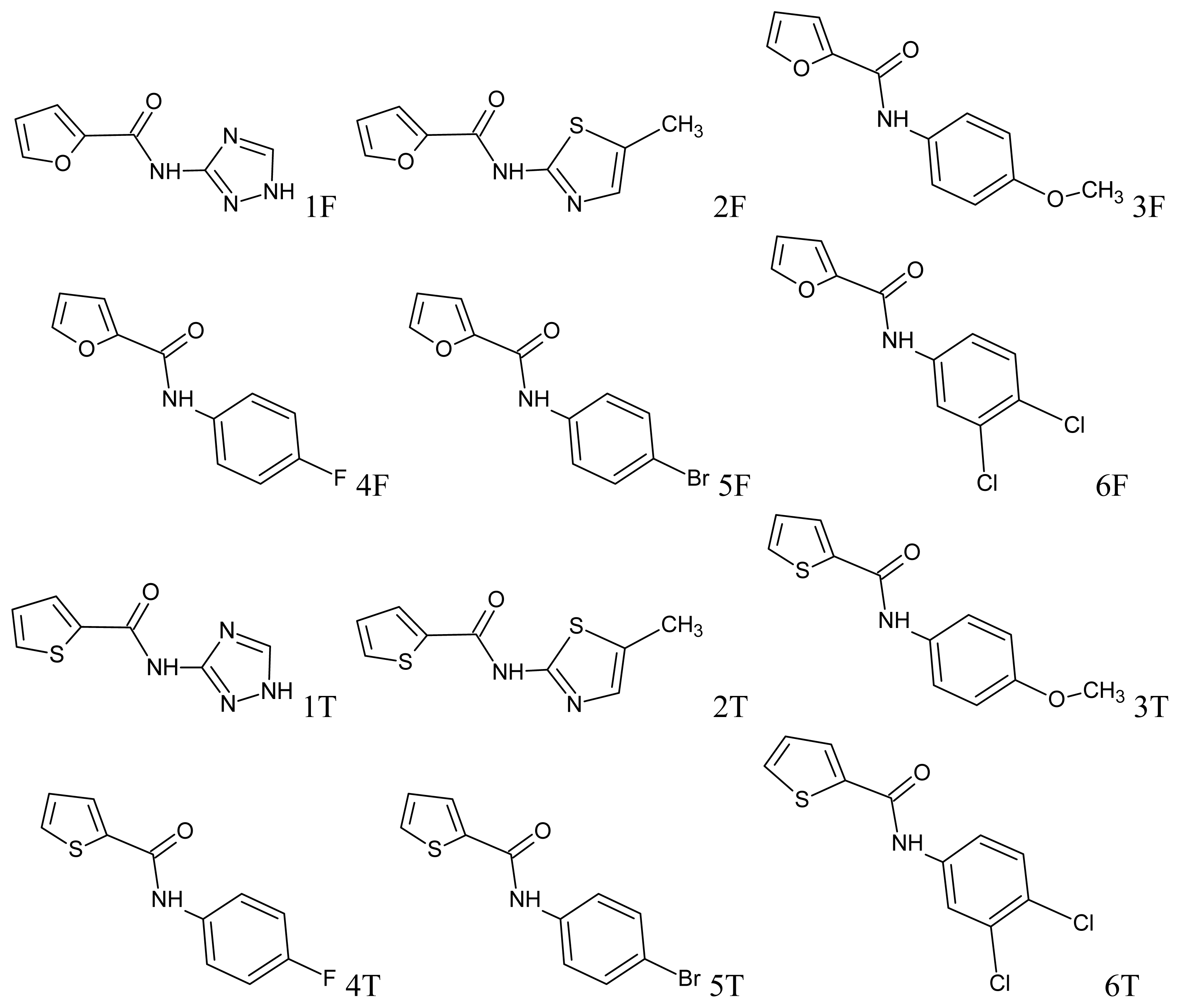 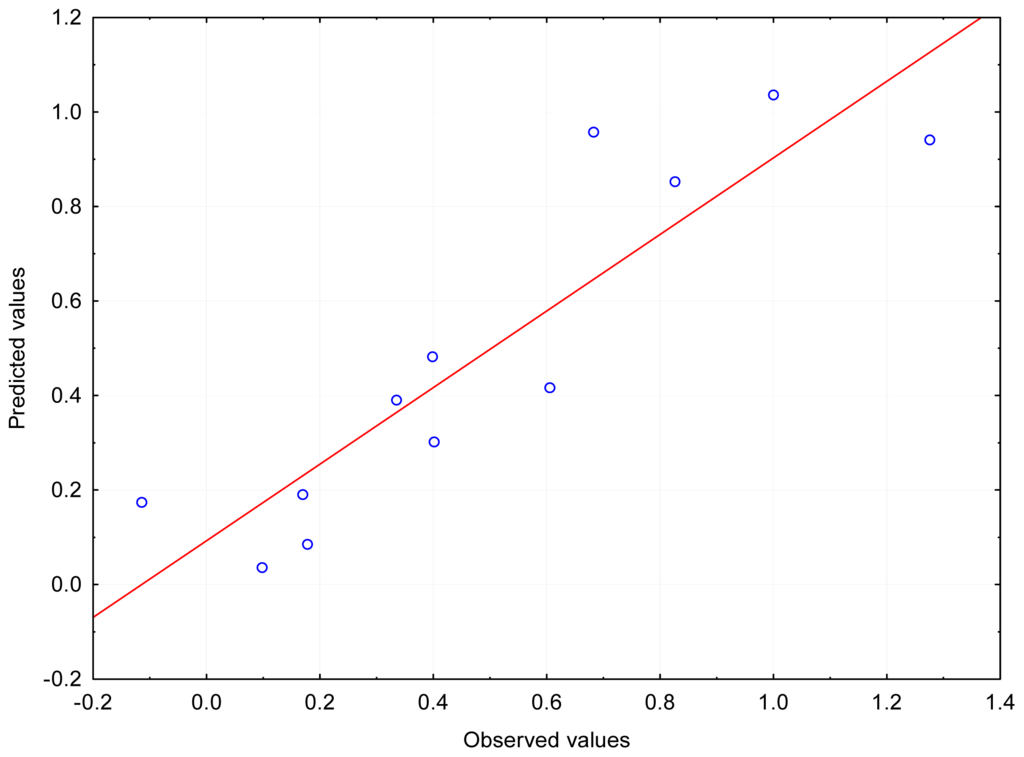 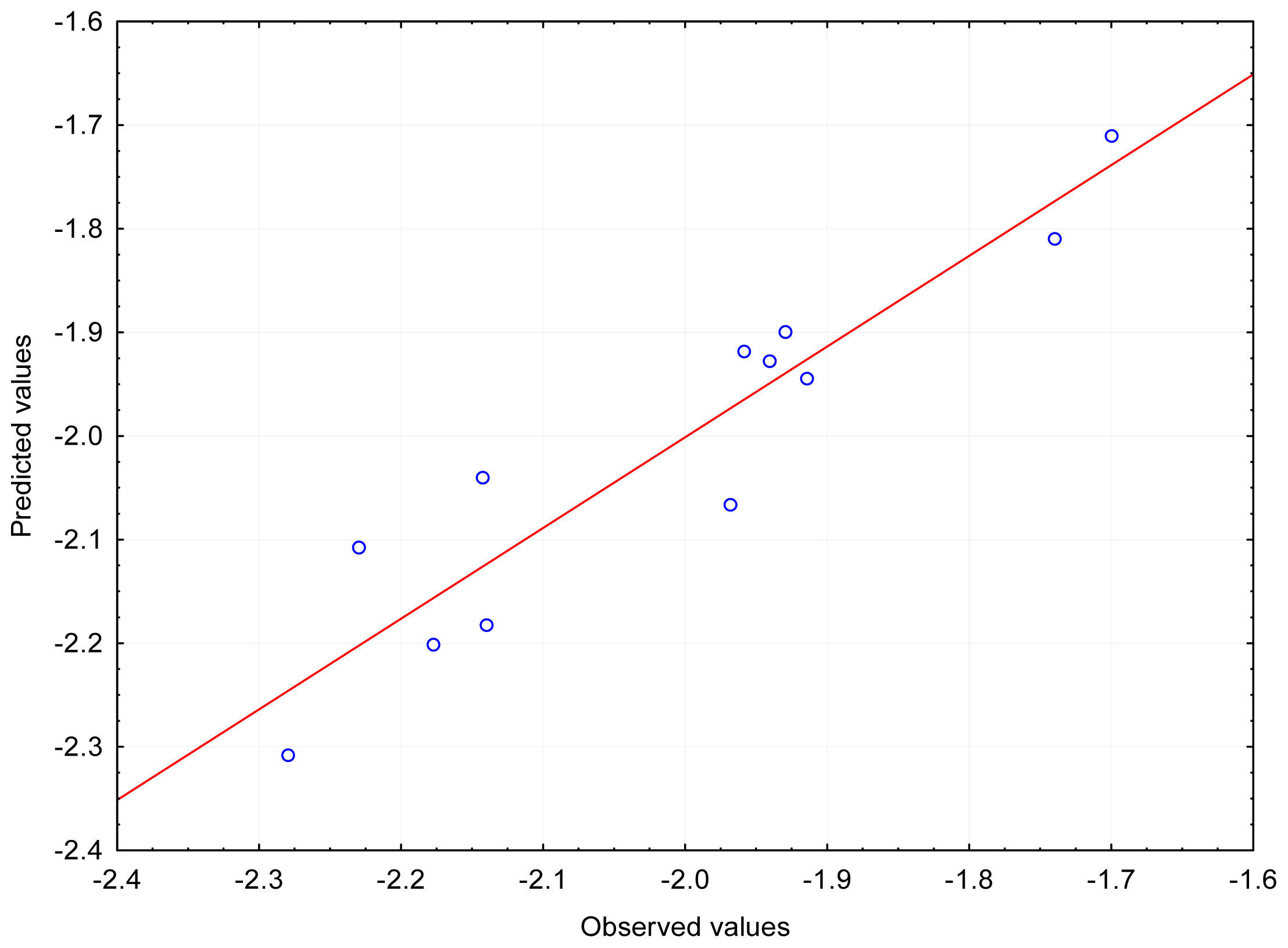 Table 5. The values of parameters of lipophilicity: the experimental one (log k). and calculated (clog P), and biological activity, expressed as the LD50 and the logarithm of inverse of LD50 (log (1/LD50)) value of antiproliferative activity for A431 cells.

Table 6. The relationships for the structures optimized in vacuo and in the aquatic environment; statistical parameters: R, s, F and P of regression equation log k = k0 + k1ESE + k2TDM, where n = 12, for the series of model compounds.

Table 7. The relationships for the structures optimized in vacuo; statistical parameters: R, s, F and P of regression equation clog P = k0 + k1ESE + k2TDM + k3MAX_POS, where n = 12, for the series of model compounds.

Table 8. The relationships for the structures optimized in the aquatic environment; statistical parameters: R, s, F and P of regression equation clog P = k0 + k1ESE + k2TDM + k3ΔQ, where n = 12, for the series of model compounds.

Table 9. The relationships for the structures optimized in vacuo; statistical parameters: R, s, F and P of regression equation LD50 = k0 + k1E_LUMO, where n = 12, for the series of model compounds.

Table 10. The relationships for the structures optimized in the aquatic environment; statistical parameters: R, s, F and P of regression equation LD50 = k0 + k1DE + k2E_LUMO, where n = 12, for the series of model compounds.

Table 11. The relationships for the structures optimized in vacuo; statistical parameters: R, s, F and P of regression equation log (1/LD50) = k0 + k1E_LUMO, where n = 12, for the series of model compounds.

Table 12. The relationships for the structures optimized in the aquatic environment; statistical parameters: R, s, F and P of regression equation log (1/LD50) = k0 + k1DE + k2E_LUMO + PSSIE, where n = 12, for the series of model compounds.