Hair loss by excessive stress from work and lifestyle changes has become a growing concern, particularly among young individuals [1]. Indeed, the diverse usage of chemical products leads to increased hair loss and has increased hair transplantation surgery in individuals in their 20s and 30s [2]. Hair loss depends on the rate balance between the hair growth cycle and hair loss [3]. Various factors, such as genetic factors, excessive male hormones, sebum content, and aging, are also involved in abnormal hair loss [4,5].
Hair is growing in hair follicle cells and undergoes a repetitive growth cycle following four stages: anagen, catagen, telogen, and exogen [5,6,7]. The duration of this growth cycle varies depending on the local site and density of hair follicles, and typically it lasts for 2 to 8 years [8]. Generally, the hair growth cycle is repeated 10 to 15 times, while 50–100 hairs are lost per day [9]. Human follicles dermal papilla cells (HFDPCs) and mesenchymal cells located at the bottom of the hair follicle, are the critical cells involved in hair growth cycle regulation [10,11]. At the molecular level, Wnt/β-catenin signaling is an essential factor for maintaining the hair growth activity of HFDPCs [12].
The Food and Drug Administration (FDA)-approved minoxidil or finasteride became known for several side effects [13,14,15,16,17,18]. Therefore, other safer substances have been searched for as alternative medications from natural resources. Of the several herbal candidates, Malva verticillata seed has been investigated based on the diverse effects on epithelial cells [19,20]. Recently, we also reported Malva verticillata seed activates Wnt/β-catenin proteins [19].
Vegetable oils derived from the seeds of Malva verticillata contain polyunsaturated fatty acids, such as linoleic acid (LA) [21]. LA is an essential omega-6 fatty acid for the precursor to arachidonic acid with elongation and saturation [22]. LA is known for its wound-healing and anti-cancer properties [23,24,25]. Besides, LA regulated lymphocyte provides protection and resistance against arteriosclerosis [26,27]. Similarly, conjugated LA, a geometric isomer of LA, exhibited benefits to humans, reducing body fat and, more importantly, suppressing cancer, arteriosclerosis, and diabetes [28,29,30,31]. A short supplement of fatty acids, including LA, is related to hair loss, although its mechanism is unclear.
In the present study, we characterized the bioactive lipids in the seeds of Malva verticillata by several steps of liquid extraction and collection via silica gel column chromatography. Purified lipids were LA and oleic acid, which give proliferative effects on HFDPCs via activating Wnt/β-catenin proteins.

We purified compounds 1 and 2 using preparative high-performance liquid chromatography (CH3OH:H2O = 70:30) for the n-hexane of M. verticillate (MH)2 fraction among the five fractions (MH1–5) fractionated using silica gel column chromatography on the n-hexane part of dried Malva verticillata seeds (Figure 1). We structurally identified the two separated compounds were by comparing the reported spectroscopic data [32,33] and the spectrum data obtained through nuclear magnetic resonance, mass spectroscopy, and HPLC analysis. First, we confirmed the structures by NMR (data not shown). Then we identified LA’s structure by comparing mass spectroscopy (Figure 1B) and HPLC chromatogram (Figure 1C). The retention times of compounds 1 and 2 were finally identical to LA and oleic acid on HPLC chromatograms to re-confirm the compounds by co-eluting with the fatty acid standard. Compounds 1 and 2 were identified as LA and oleic acid, respectively.

2.3. Effects of LA Treatment on the Wnt/β-Catenin Pathway

2.4. Effects of LA Treatment on Expression of Hair Growth Factors

Hair loss is explained by the imbalance between the difference in hair growth and hair falling out. Hair loss, which was traditionally a concern for the elderly, is now also often observed in younger age groups due to excessive stress, changes in dietary habits, and environmental factors. The most important mechanism underlying abnormal hair loss is dysregulation of the proliferation of DPCs that produce hair. DPCs are special mesenchymal cells that play a crucial role in hair growth. They exist in hair follicles and are supplied with nutrients by capillaries to activate hair matrix cells to promote hair growth. DPCs also regulate hair follicle development by secreting cytokines and growth factors or transmitting various signals through direct interaction. Mouse model studies suggested that the number of DPCs control the size and shape of the hair.
Moreover, hair follicles could not generate new hair if the number of DPCs were below a specific threshold value. A growing interest in treating hair loss has led to the quest for identifying alternative, safe, and natural therapeutic sources. To this end, in the present study, we investigated the efficacy of treatment with the bioactive components of Malva verticillata, particularly LA, in preventing hair loss.
Here, we showed that treatment with LA extracted from Malva verticillata seeds significantly increased the proliferation of DPCs, suggesting that it could contribute to hair regeneration [11]. Moreover, LA treatment could induce activation of Wnt/β-catenin signaling. In the Wnt/β-catenin signaling pathway, the absence of external signals leads to phosphorylation of β-catenin by GSK-3, and β-catenin is then ubiquitinated and degraded. However, when the Wnt ligand binds to its receptor, the activity of GSK-3 is suppressed, inhibiting β-catenin degradation, following which β-catenin moves into the nucleus. Subsequently, β-catenin can regulate the expression of genes such as those encoding cyclin D and c-Myc, which induces hair cell proliferation [35]. The treatment with mixed herbal extracts of avocado, marshmallow, chamomile, thyme, rosemary, and sedge nettle increased cyclin D1 expression CDK4 in DPCs [36]. LA treatment also induces cell proliferation by activating the cell cycle through increased expression of cyclin D1 and CDK2, which leads to activation of the Wnt/β-catenin pathway.
Another mechanism of hair loss caused by hormonal imbalance occurs when dihydrotestosterone, converted from testosterone by 5α-reductase, is produced excessively. When dihydrotestosterone binds to DPC, the expression of DKK-1, which induces apoptosis, leading to the death of hair matrix cells, is a specific hypothesis on hair loss. In a co-culture experiment of DPCs and outer root sheath (ORS) keratinocytes, the expression of DKK-1 was increased by dihydrotestosterone, reducing the proliferation rate of ORS keratinocytes [37]. Another vital aspect of dihydrotestosterone-induced hair loss is reduced cell proliferation via inhibition of Wnt/β-catenin signaling. LA activates Wnt/β-catenin signaling and effectively inhibits the expression of DKK1 by dihydrotestosterone (Figure 6).

Dried Malva verticillata seeds (1 kg) were extracted twice at room temperature using 95% ethanol (10 L). We concentrated the ethanol extract using a rotary evaporator (Basis Hei-VAP, Heidolph, Germany) and a vacuum pump (Rotavac valve control, Heidelberg, Germany). The concentrated product (408 g) was then suspended in 20% ethanol (5 L), and the product was fractioned according to the order of solvent polarity to obtain n-hexane (hex), dichloromethane, ethyl acetate, n-butanol, and water fractions. Among the fractions obtained, the n-hex fraction (60.6 g) was subjected to silica gel column chromatography, and a total of five portions (MH1–5) were obtained using n-hex/EtOAc (100:0–0:100). Subsequent purification of the MH2 fraction using preparative high-performance liquid chromatography (CH3OH:H2O = 70:30) led to the identification of compounds 1 and 2.

Human hair follicle DPCs were purchased from Promo Cell (Heidelberg, Germany). We used the DPC-specified growth medium for the DPC experiments. The cells were passaged every 3–4 days and incubated at 37 °C and 5% CO2.

HFDPCs were seeded at 2 × 104 cells/well in a 96-well plate and incubated for one day at 37 °C and 5% CO2. The cells were treated with the Malva verticillata seed extracts and LA at various concentrations and incubated for 48 h. Subsequently, 20 µL MTT (5 mg/mL) reagent was added to each well, and the cells were incubated again for 3 h. After removing the supernatant, we subtracted 100 µL of DMSO to dissolve the formazan completely. Absorbance at a 550-nm wavelength was measured using a microplate reader (SpectraMax i3x, Molecular Devices, San Jose, CA, USA).

HFDPCs were seeded at 2 × 105 cells/mL in a 6-well plate in 2 mL of medium and incubated for 24 h. The cells were treated with various concentrations of LA for 48 h. Next, they were washed once with 1× phosphate-buffered saline (PBS) and lysed using cell lysis buffer (#9803, Cell Signaling Technology, Danvers, MA, USA) with protease inhibitors (#5872, Cell Signaling Technology, Danvers, MA, USA). After centrifugation at 12,000 rpm at 4 °C for 15 min, the supernatant was separated and used as a protein solution. The protein was quantified using a bicinchoninic acid assay (Thermo Scientific, MA, USA). The electrophoretic separation using 10% sodium dodecyl sulfate–polyacrylamide gel electrophoresis at 95 V for 2 h. The separated bands were then transferred to a polyvinylidene fluoride membrane and blocked for 1 h using 5% skim milk. The primary antibody dissolved in 5% bovine serum albumin was added to the membrane and reacted at 4 °C for 24 h. Next, a secondary antibody was added and reacted for 2 h. A super signal chemiluminescent substrate (Thermo Scientific, MA, USA) was used to identify the protein signals quantified using ImageJ 1.47 software.

All experiments were repeated at least three times, and the results are expressed as mean ± SEM. Data were analyzed using one-way ANOVA (*p < 0.05).

In summary, LA isolated from Malva verticillata seeds activated Wnt/β-catenin signaling to promote the cell cycle and growth factor secretion, inducing proliferation of DPCs and hair growth. Moreover, it alleviated DKK-1 expression associated with testosterone, which is another cause of hair loss. This study presents a potential alternative and effective natural therapeutic agent against hair loss. The present results suggest a molecular basis for LA’s anti-hair loss effect in hair dermal papilla cells, but clinical studies will be needed to ensure LA’s outcomes. Besides, it will be required to test the direct impact of LA on the Wnt pathway activation.

This research was supported by the Ministry of Trade, Industry, and Energy (MOTIE), Korea Institute for Advancement of Technology (KIAT) through the Encouragement Program for The Industries of Economic Cooperation Region (P0002162).

Samples of Malva verticillata seed extracts are available from the authors. 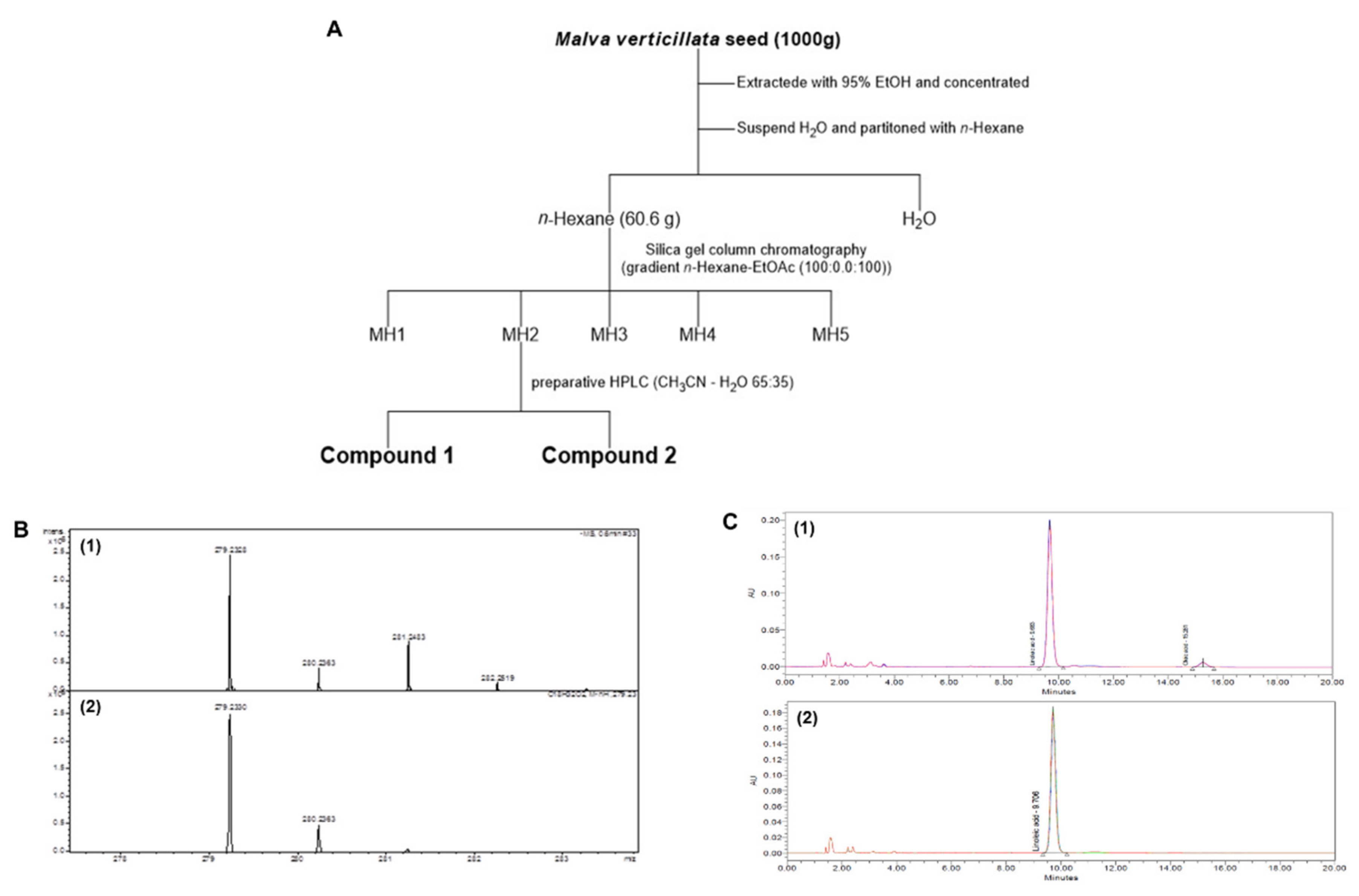 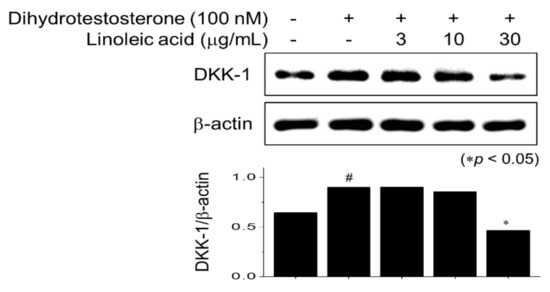 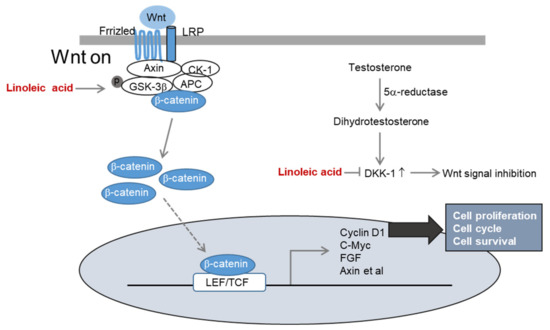 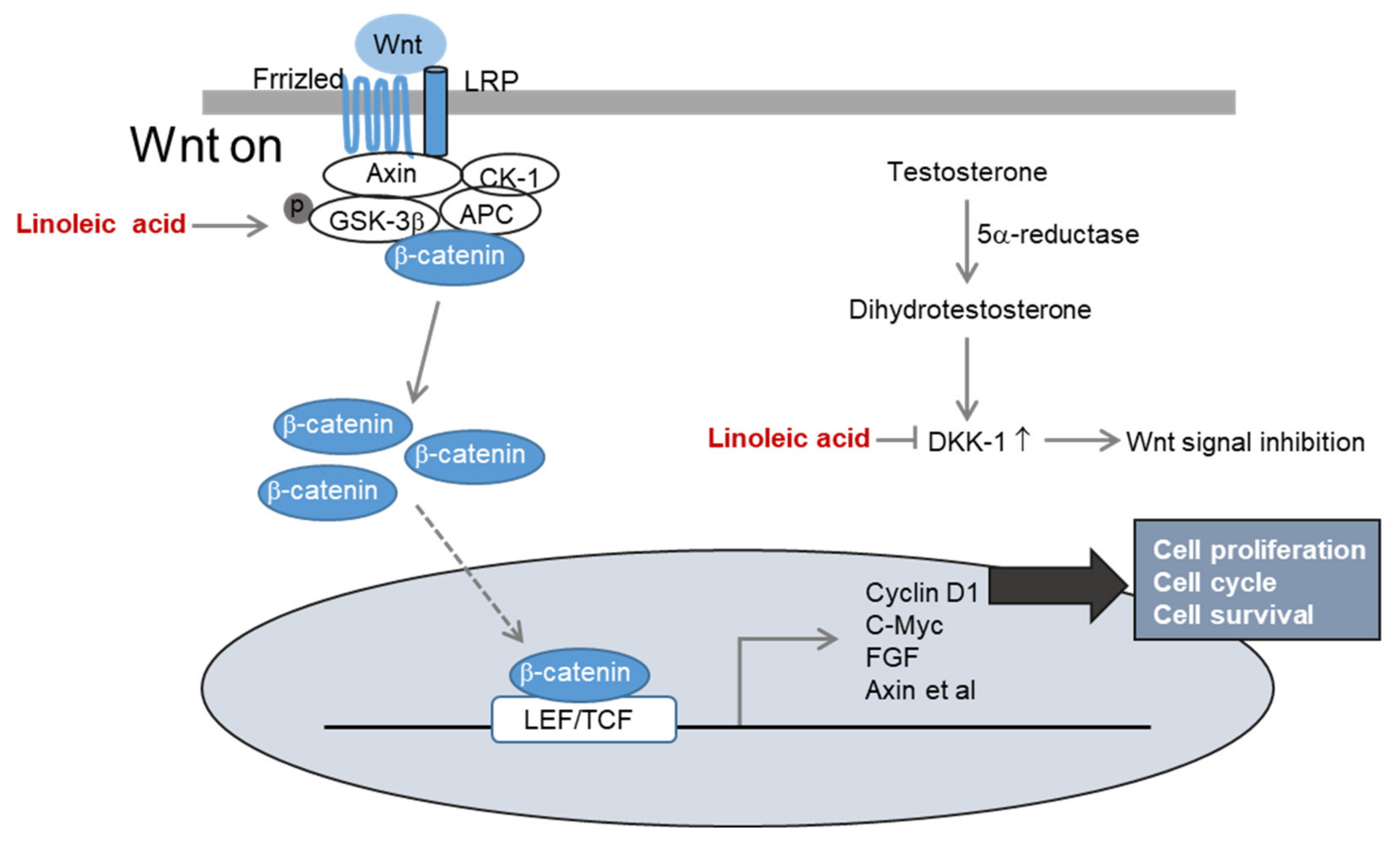 Table 1. Polymerase chain reaction (PCR) primer sequences.
Table 1. Polymerase chain reaction (PCR) primer sequences.
© 2021 by the authors. Licensee MDPI, Basel, Switzerland. This article is an open access article distributed under the terms and conditions of the Creative Commons Attribution (CC BY) license (https://creativecommons.org/licenses/by/4.0/).
We use cookies on our website to ensure you get the best experience. Read more about our cookies here.
Accept
We have just recently launched a new version of our website. Help us to further improve by taking part in this short 5 minute survey here. here.
Never show this again