Editorial: Trends in Optical/Laser Spectroscopy and Applications
Next Article in Special Issue

Comparative Toxicity of Fly Ash: An In Vitro Study

Fly ash produced during coal combustion is one of the major sources of air and water pollution, but the data on the impact of micrometer-size fly ash particles on human cells is still incomplete. Fly ash samples were collected from several electric power stations in the United States (Rockdale, TX; Dolet Hill, Mansfield, LA; Rockport, IN; Muskogee, OK) and from a metallurgic plant located in the Russian Federation (Chelyabinsk Electro-Metallurgical Works OJSC). The particles were characterized using dynamic light scattering, atomic force, and hyperspectral microscopy. According to chemical composition, the fly ash studied was ferro-alumino-silicate mineral containing substantial quantities of Ca, Mg, and a negligible concentration of K, Na, Mn, and Sr. The toxicity of the fly ash microparticles was assessed in vitro using HeLa cells (human cervical cancer cells) and Jurkat cells (immortalized human T lymphocytes). Incubation of cells with different concentrations of fly ash resulted in a dose-dependent decrease in cell viability for all fly ash variants. The most prominent cytotoxic effect in HeLa cells was produced by the ash particles from Rockdale, while the least was produced by the fly ash from Chelyabinsk. In Jurkat cells, the lowest toxicity was observed for fly ash collected from Rockport, Dolet Hill and Muscogee plants. The fly ash from Rockdale and Chelyabinsk induced DNA damage in HeLa cells, as revealed by the single cell electrophoresis, and disrupted the normal nuclear morphology. The interaction of fly ash microparticles of different origins with cells was visualized using dark-field microscopy and hyperspectral imaging. The size of ash particles appeared to be an important determinant of their toxicity, and the smallest fly ash particles from Chelyabinsk turned out to be the most cytotoxic to Jukart cells and the most genotoxic to HeLa cells. View Full-Text
Keywords: fly ash toxicity; airborne microparticles; hyperspectral microscopy; cell viability; DNA comet assay fly ash toxicity; airborne microparticles; hyperspectral microscopy; cell viability; DNA comet assay
►▼ Show Figures 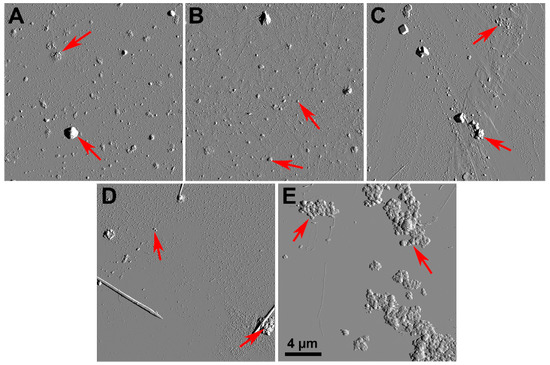