Wood, an extremely common and multi-purpose material, is susceptible to corrosion and degradation by fungal rot [1]. For practical application, wood is typically processed with preservatives to lengthen its life cycle. Traditional wood preservatives are Copper Chrome Arsenic (CCA), Copper Chrome Boron (CCB), Ammoniacal Copper Quate (ACQ), etc. Most of them consist of copper, chromium or arsenic compounds and their metal salts, which have a serious impact on human health and the environment. Consequently, most European countries have strictly limited the use of chromium and arsenic-based wood preservatives, especially in children’s playground equipment and garden furniture [2,3]. Natural wood preservatives as an alternative have attracted a great deal of research [4]. Some specific woods or plants have the ability to self-protect to resist decay caused by fungi and insects, like cinnamon. The effective material in cinnamon is cinnamaldehyde, which is extracted from the bark and leaves of cinnamon trees [5,6].
Cinnamaldehyde exhibits extensive antimicrobial abilities, particularly in regards to inhibiting the growth of fungi and gram-positive bacterium [7,8]. The aforementioned antimicrobial capability is largely due to an aldehyde group conjugated with a benzene ring in cinnamaldehyde’s structure [9,10]. This aldehyde group is a nucleophilic group that is easily absorbed by the hydrophilic group on the surfaces of bacteria and, once across the cell wall, begins a process of inhibition and sterilization by destroying the bacteria’s polysaccharide structure. Because mammalian cells lack cell walls, cinnamaldehyde is safe for humans and their environment when used as a wood preservative [7,9].
There are negative consequences associated with the use of cinnamaldehyde as a wood preservative, however. First, its poor water solubility can cause few kinds solvents to permeate into the wood material [11]; second, it has high volatility and a strong smell, which limits its long-term application [12]. In this study, we endeavored to add to the limited research concerning cinnamaldehyde derivatives by exploring the relationship between their structure and antifungal activity against Trametes versicolor and Gloeophyllun trabeum. Then, QSAR models were established and those models provided a basic theoretical frame work for the application of cinnamaldehyde derivatives as a wood preservative. According to the QSAR models, two new cinnamaldehyde derivatives with satisfactory antifungal activity against two wood-decaying fungi were designed and tested, which could be used to validate the predictability of the QSAR models.

A t-test is typically utilized to measure the importance of descriptors in correlation [15]. According to the t-test values in Table 3, the most statistically significant descriptor is the minimum net atomic charge for an H atom, d1. This is a quantum chemical descriptor that indicates the hydrogen-bond and electrostatic interaction between negative ion and positive ion [16]. In Table 3, the positive correlation coefficient for d1 demonstrated that increasing the hydrogen-bonding and electrostatic interaction in cinnamaldehyde derivatives led to an increase in antifungal activity against Trametes versicolor [17].
The second descriptor was FNSA-3 fractional PNSA (PNSA-3/TMSA), d2 [18], which is the ratio of PNSA-3 and TMSA that can be computed as follows [19]: where TMSA is total area of the molecule and PNSA-3 is the atomic charge weight of the negatively charged molecular surface area [20]: where qA is the partial charge of the atom and SA is the respective atomic negatively charged solvent-accessible surface area. Both qA and SA were computed in Codessa. FNSA-3 is a significant factor on polar active and hydrogen-bond active charges.
The third descriptor was ESP-RPCS relative charged SA (SAMPOS*RPCG) (Quantum-Chemical PC), d3, which is also a quantum chemical descriptor. This descriptor reflects the total molecular surface area and properties of the function group and indicates interactions among polar molecules [18].
The fourth descriptor was YZ Shadow/YZ Rectangle, d4, a space property descriptor [21]. The YZ Shadow was calculated by projecting a molecule on the YZ plane, which is related to molecular conformation and molecular orientation. This shape parameter provided a positive indication of the antifungal activity of the cinnamaldehyde derivatives. As the value of descriptor YZ Shadow increased, the antifungal activity of cinnamaldehyde derivatives against Trametes versicolor also increased.
As shown in Table 4, the most statistically significant descriptor was the ESP minimum net atomic charge for an H atom, d1 for QSAR model against Gloeophyllun trabeum. The second most important descriptor was ESP-RPCS Relative positive charged SA(SAMPOS*RPCG) (Quantum-Chemical PC), d5, which is similar to ESP-RPCS Relative charged SA (SAMPOS*RPCG) (Quantum-Chemical PC), d3. It is the result of the partial positive charged surface multiplied by the relative positive charge [18]. The third and fourth most important descriptors were FNSA-3 (PNSA-3/TMSA) (Quantum-Chemical PC), d6, and FNSA-3Fractional PNSA (PNSA-3/TMSA), d7. These are quantum chemical descriptors which describe the total molecular surface properties and the functional group as well as the activity of polar molecules [19].

2.1.4. Designing the New Compound with High Bioactivity, Calculating Its AR

There were three steps for establishing the QSAR models of the cinnamaldehyde derivatives [12].

(1)
Molecule structure geometry optimization: By ChemDraw3D software, the structures of 19 cinnamaldehyde compounds were drawn, and their three-dimensional structures were initially optimized geometrically using the MM2+ function. The initial optimized structures were inputted in AMPAC Agui 9.2.1 software to conduct geometric optimizing.
(2)
Descriptor calculation: In Codessa 2.7.16 software, 4 kinds of descriptors could be calculated for a molecular, Molecule descriptor, Fragment descriptor, Pair and Atom descriptor. In this paper, optimal structures of cinnamaldehyde derivatives were inputted into Codessa 2.7.16 software to calculate Molecule descriptors. These descriptors were divided into six groups: structural, topological, geometrical, thermodynamic, electrostatic, and quantum-chemical descriptors. All were involved in this paper with the exception of thermodynamic descriptor. These descriptors were the basis for establishing the QSAR models [25].
(3)
The establishing for best QSAR model: The Best Multi-Linear Regression equation was built by Codessa 2.7.16 software [26]. After Best Multi-Linear Regression analysis, a series of QSAR models were developed. A general method “breaking point” was used to determine the number of descriptors by searching the breaking point of the two R2 trend lines. The relationship between R2 and number of descriptor were described as Figure 1 [27]. Two different solutions were used to validate the best models and to explore predictability and stability–internal validation and external validation, respectively.

Internal validating: The 19 compounds were divided into three groups A (1, 4, 7, 10…), B (2, 5, 8…), and C (3, 6, 9…). Each coupled groups (A + B, B + C, and A + C) was combined as the training set, and the individual group as the test set (C, A, and B). The training set was inputted to Codessa software to develop new four-descriptor QSAR model, then used these models to predict the bioactivity of the group (test set) that had been left out. This was done for each coupled group (A + B, B + C, and A + C). The predicted AR and experimental AR of each testing set compounds were linear fitted by Origin Pro 8.0 software with fixed slope. A series of results R2, s2, and F values of each training set and testing set were listed in Table 6 [28].
External validation was determined using a similar validation method [29]. Four of 19 compounds were chosen as the external set, and the other compounds as the training set. Training set compounds were inputted to Codessa to establish four-descriptor QSAR models, then QSAR models were used to predict the external set.

In this study, two optimal QSAR models of cinnamaldehyde derivatives against wood-decaying fungi were established and validated, with the following statistical characteristics: R2 = 0.910, F = 35.32, and s2 = 0.0093 for Trametes versicolor; R2 = 0.926, F = 43.95, and s2 = 0.0049 for Gloeophyllun trabeum. There were seven main parameters effecting antifungal activity of cinnamaldehyde compounds in QSAR models: ESP minimum net atomic charge for an H atom, FNSA-3 Fractional PNSA (PNSA-3/TMSA), ESP-RPCS Relative charged SA (SAMPOS*RPCG), YZ Shadow/YZ Rectangle, ESP-RPCS Relative positive charged SA (SAMPOS*RPCG), FNSA-3 (PNSA-3/TMSA), and FNSA-3 Fractional PNSA (PNSA-3/TMSA). Two new cinnamaldehyde amino acid compounds were designed and synthesized on the basis of these QSAR models and obtained satisfactory results, as the experimental logAR was extremely close to the calculated logAR. The errors were smaller (and thus the model more predictable) for Gloeophyllun trabeum than the errors for Trametes versicolor, but taken together, internal and external validation results reflect a level of predictability in our QSAR models that is highly consistent. In summary, this study showed that QSAR models of cinnamaldehyde derivatives can be used to predict the antifungal activity of new cinnamaldehyde compounds against wood-decaying fungi.

This work was supported by the Fundamental Research Funds for the Central Universities, (257201 AB24). As a visiting student from Northeast Forestry University, H.W. was also partially supported by the China Scholarship Council (CSC).

S.L. conceived and designed the research. D.Y. and H.W. performed the experiments and analyzed the data; H.Y. and D.Y. tested all the antifungal activities against wood-decaying fungi of the compounds; D.Y. analyzed the data and wrote the paper, S.L. and H.W. revised the paper. All authors contributed to this study, read and approved the final manuscript. 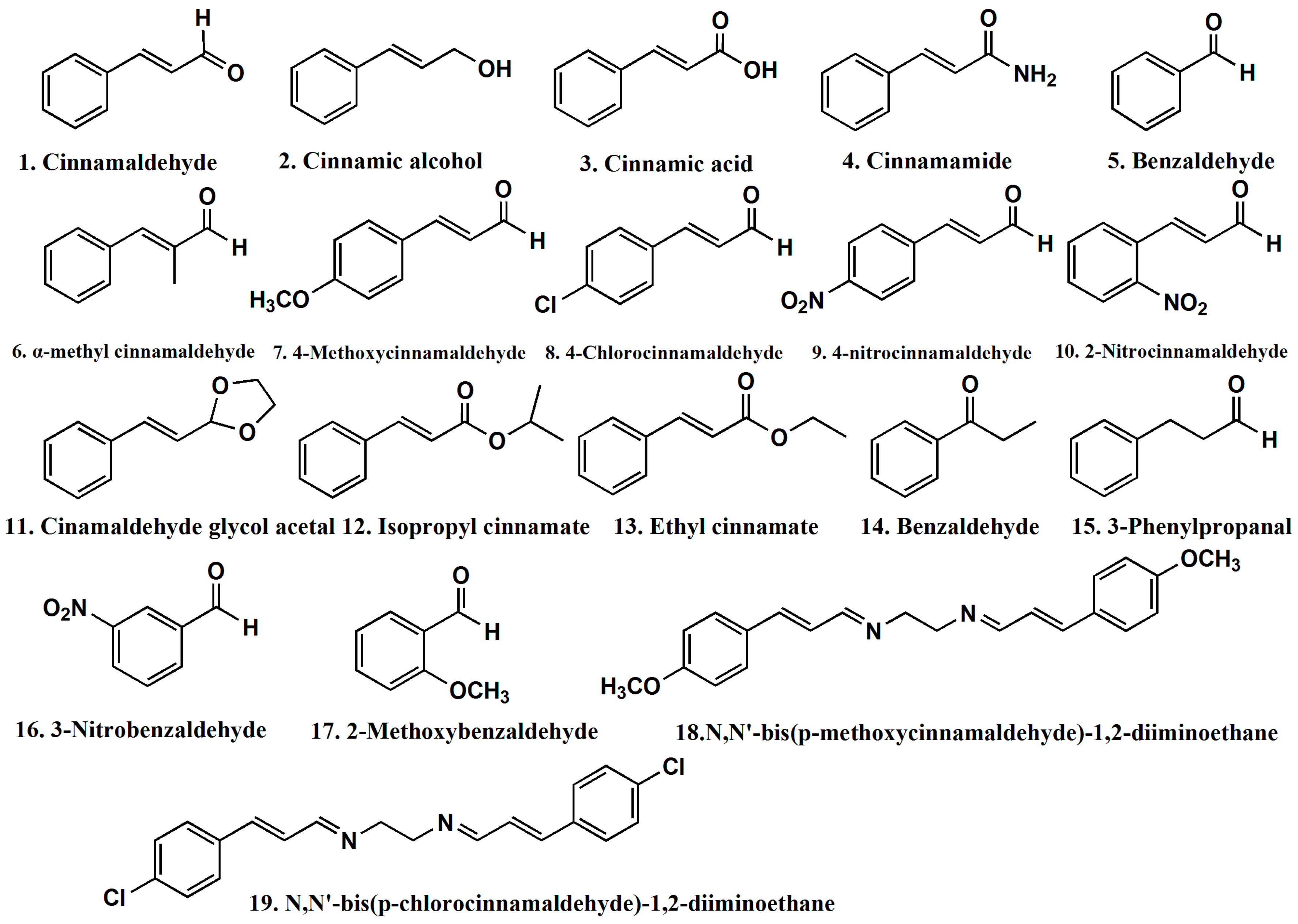 Table 6. Internal validation of the QSAR models of Trametes versicolor and Gloeophyllun trabeum.