The Efficacy and Underlying Mechanism of Sulfone Derivatives Containing 1,3,4-oxadiazole on Citrus Canker

Comparing the Antibacterial and Functional Properties of Cameroonian and Manuka Honeys for Potential Wound Healing—Have We Come Full Cycle in Dealing with Antibiotic Resistance? 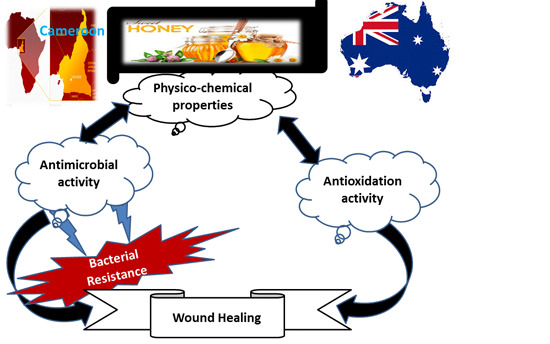