HIV-1 and Its Resistance to Peptidic Carbohydrate-Binding Agents (CBAs): An Overview

The glycoproteins on the surfaces of enveloped viruses, such as HIV, can be considered as a unique target for antiviral therapy. Different carbohydrate-binding agents (CBAs) target specific glycans present on viral glycoproteins of enveloped viruses. It has been shown that long-term CBA pressure in vitro can result in mutant HIV-1 isolates with several N-linked glycan deletions on gp120. These studies demonstrated that mainly high-mannose type glycans are deleted. However, interestingly, N241, N262 and N356 on gp120 have never been found to be affected after prolonged CBA exposure. Here, we review the mutation and (cross)-resistance profiles of eleven specific generated CBA-resistant HIV-1 strains. We observed that the broad-neutralizing anti-carbohydrate binding mAb 2G12 became completely inactive against all the generated CBA-resistant HIV-1 clade B isolates. In addition, all of the CBAs discussed in this review, with the exception of NICTABA, interfered with the binding of 2G12 mAb to gp120 expressed on HIV-1-infected T cells. The cross-resistance profiles of mutant HIV-1 strains are varying from increased susceptibility to very high resistance levels, even among different classes of CBAs with dissimilar sugar specificities or binding moieties [e.g., α(1,3), α(1,2), α(1,6)]. Recent studies demonstrated promising results in non-topical formulations (e.g., intranasally or subcutaneously), highlighting their potential for prevention (microbicides) and antiviral therapy. View Full-Text
Keywords: HIV; carbohydrate-binding agents; resistance; therapy; microbicide; N-linked glycans; deletions HIV; carbohydrate-binding agents; resistance; therapy; microbicide; N-linked glycans; deletions
►▼ Show Figures 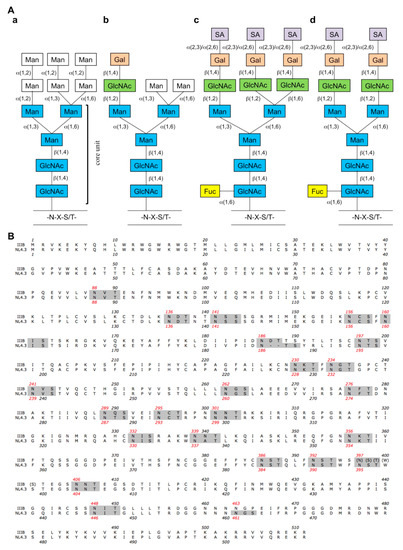