An Analysis of The Entropy Generation in a Square Enclosure

Two dimensional numerical analysis of entropy generation during transient convective heat transfer for laminar flow between two parallel plates has been investigated. The fluid is incompressible and Newtonian and the flow is the hydrodynamically and thermally developing. The plates are held at constant equal temperatures higher than that of the fluid. The bottom plate moves in either parallel or in inverse direction to the flow. The governing equations of the transient convective heat transfer are written in two-dimensional Cartesian coordinates and solved by the finite volume method with SIMPLE algorithm. The solutions are carried for Reynolds numbers of 102, 5x102 and 103 and Prandtl number of 1. After the flow field and the temperature distributions are obtained, the entropy values and the sites initiating the entropy generation are investigated. The results have indicated that the number of the entropy generation has its highest value at the highest Reynolds and Br/Ω values, which is obtained at counter motion of the lower plate. The lowest average number of the entropy generation on the bottom plate is obtained in parallel motion. The corners of the channel plates at the entrance play the role of active sites where the generation of entropy is triggered.
Keywords: laminar flow; parallel plate; entropy generation laminar flow; parallel plate; entropy generation

One of the fundamental flow geometries encountered in engineering processes is the channel between two parallel plates. When a viscous fluid flows in a parallel plate channel, a velocity boundary layer develops along the inner surfaces of the channel. If the plates have different thermal conditions the heat transfer starts from the inlet of the channel and temperature profile develops simultaneously along the inside duct surfaces. The convection is treated as the combined hydrodynamic and thermal entry length problem which can be also referred to as the simultaneously developing region problem in the literature. Although the analysis of the heat transfer in such a flow system is more complex due to the variation of the velocity distribution in all directions, the problem has attracted attention and investigators have given numerical solutions under various constraints. A comprehensive review of such solutions is addressed by Kays and Crawford [1], Kakaç and Yener [2,3] and Bejan [4].
The improvement of thermal systems has gained a growing interest due to the relations with the problems of material processing, energy conversion and environmental effects. Efficient energy utilization during the convection in any fluid flow is one of the fundamental problems of the engineering processes to improve the system. One of the methods used for the prediction of performance of the engineering processes has been the second law analysis. The second law of the thermodynamics is applied to investigate the irreversibilities in terms of the generation of entropy. The method was introduced by Bejan [5,6,7] and followed by many investigators. Studies on the entropy generation rates and the irreversibilities for the basic convective heat transfer arrangements can be found in the literature [8,9,10,11]. Since the entropy generation is the measure of the destruction of the available work of the system, the determination of the active sites motivating the entropy generation is also important in upgrading the system performances.
Due to the interest to the efficient utilization of energy and the wide applications of the flows in the parallel plate channel, related studies can be found in the literature. Nag and Kumar [12] carried out a second law analysis on convective heat transfer from a fluid flowing in a duct with constant heat flux and found an optimum value of the initial temperature difference for minimum entropy generation. The thermodynamics of laminar viscous flow through a duct subjected to constant heat flux was studied analytically by Şahin [13]. To determine the optimum duct geometry, Şahin [13] used entropy generation for laminar viscous flow through various geometries subjected to constant heat flux. He considered hydraulic diameters for square, equilateral triangular, rectangular and sinusoidal geometries and made comparisons with respect to the dimensionless entropy generation and the pumping power to heat transfer ratio with respect to Reynolds number. The entropy generation in turbulent liquid flow through a smooth duct subjected to constant temperature was studied by Şahin [14]. Narusawa [15] examined the rate of entropy generation both theoretically and numerically for forced and mixed convection in a rectangular duct heated at the bottom. Şahin [16] made a thermodynamic analysis of turbulent fluid flow through a smooth duct subjected to constant heat flux and considered the temperature dependence of the viscosity. Mahmud and Fraser [17] investigated analytically the first and the second law characteristics of fluid flow and heat transfer inside a channel having two parallel plates with finite gap between them and considered fully developed forced convection and non- Newtonian fluid. Mahmud and Fraser [18] analyzed the mechanism of entropy generation and its distribution through fluid flows in basic channel configurations including two fixed plates and one fixed and one moving plates by considering simplified or approximate analytical expressions for temperature and velocity distributions and derived analytically general expressions for the number of entropy generation and Bejan number.
In this study, the second law analysis is applied to the simultaneously developing transient laminar flow between two parallel plates. The irreversibilities within the channel are presented by the entropy generation number. The transient solutions of the set of the governing equations for mass, momentum, energy, and entropy generation for two-dimensional Cartesian coordinates are obtained numerically. Special attention has been given to the effect of the motion of the bottom plate on the entropy generation by considering the Prandtl number of 1.0 and the Reynolds numbers 100, 500 and 1000. Three cases were considered at the bottom plate; stationary plate, moving plate in the parallel and reverse directions with the flow. The plates are held at equal constant temperature.
The results of the study provide valuable fundamental information on the physics of the simultaneously developing transient laminar convection in a parallel plate channel with moving bottom plate to improve the corresponding engineering applications. The designers under the responsibilities for the design and optimization of corresponding thermal systems can employ the results given about the entropy generation to reduce the loss of available work.

The physical system under consideration in the present study is shown schematically in Fig.1. The origin of the coordinate system is placed at the left corner of the lower plate. The channel is composed of two parallel plates separated by a distance H in y-direction. The length of the channel is L=10H through x-axis. The channel walls are at the same uniform temperature and impermeable no-slip boundaries. The physical properties of fluid are taken as constant.
The initial, inlet, outlet and the boundary conditions are given by
Non-dimensional governing equations are obtained as Where where the hydraulic diameter D becomes twice the plate spacing.
The local entropy generation equation is given by following Bejan [7] as
By using the same dimensionless parameters given in Eq.(5), Eq.(6) takes the following dimensionless form where

Solution And Benchmarking The Results

The present combined hydrodynamic and thermal entry length problem is solved by the finite volume method with SIMPLE algorithm. The solutions are started from quiescent conditions proceeded through the transient up to the steady-state case. A computer program was developed and benchmarked with the velocity and the thermal boundary layers for the solutions obtained by those of reported by Kakaç and Yener [2] under the case of fixed channel. A grid sensitivity analysis was carried out. The grid structure of 100x20 and the dimensionless time step of 0.005 were used. The rectangular side lengths are equally divided. This choice was determined from the values of Nu number for the system. The present and benchmark results are summarized in Table 1. As the number of grid elements was increased, the convergence of the Nu number was observed.
Total Nusselt number is calculated by using the average Nusselt numbers for the bottom and the upper plates, as follows
The average number of entropy generation is obtained over x at all y values by using

Due to new challenges existing continuously in each field of technology entropy generation during convective heat transfer becomes a distinct interest for the design engineers. The present study investigates the entropy generation induced by the transient laminar forced convection in the combined entrance region between two parallel plates. Considering the importance of entropy generation in terms of the energy loss, the system is evaluated for expecting the results to be helpful in upgrading the system performances. 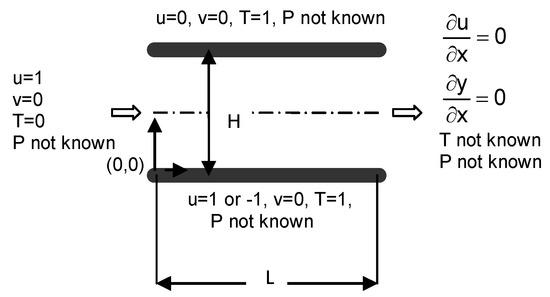 Table 1. The Summary of the present and benchmark results for Nusselt values