The complexity of the description of a system is a function of the entropy of its symbolic description. Prior to computing the entropy of the system’s description, an observation scale has to be assumed. In texts written in artificial and natural languages, typical scales are binary, characters, and words. However, considering languages as structures built around certain preconceived set of symbols, like words or characters, limits the level of complexity that can be revealed analytically. This study introduces the notion of the fundamental description scale to analyze the essence of the structure of a language. The concept of Fundamental Scale is tested for English and musical instrument digital interface (MIDI) music texts using an algorithm developed to split a text in a collection of sets of symbols that minimizes the observed entropy of the system. This Fundamental Scale reflects more details of the complexity of the language than using bits, characters or words. Results show that this Fundamental Scale allows to compare completely different languages, such as English and MIDI coded music regarding its structural entropy. This comparative power facilitates the study of the complexity of the structure of different communication systems. View Full-Text
Keywords: entropy; complexity; minimal entropy description; complexity profile; language evolution; observation scale entropy; complexity; minimal entropy description; complexity profile; language evolution; observation scale
►▼ Show Figures 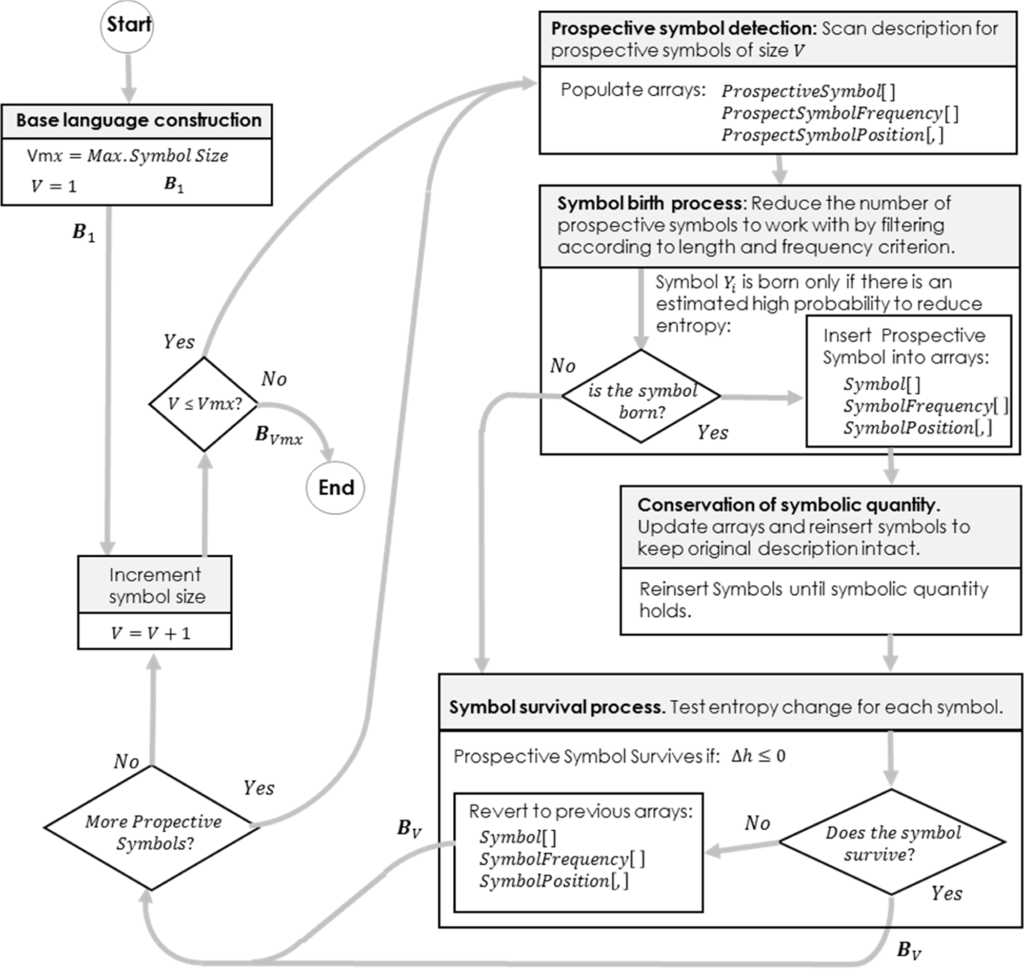