Generalized Statistical Mechanics at the Onset of Chaos

Complex systems are often inherently non-ergodic and non-Markovian and Shannon entropy loses its applicability. Accelerating, path-dependent and aging random walks offer an intuitive picture for non-ergodic and non-Markovian systems. It was shown that the entropy of non-ergodic systems can still be derived from three of the Shannon–Khinchin axioms and by violating the fourth, the so-called composition axiom. The corresponding entropy is of the form Sc,d ~ ∑iΓ(1 + d, 1 − cln pi) and depends on two system-specific scaling exponents, c and d. This entropy contains many recently proposed entropy functionals as special cases, including Shannon and Tsallis entropy. It was shown that this entropy is relevant for a special class of non-Markovian random walks. In this work, we generalize these walks to a much wider class of stochastic systems that can be characterized as “aging” walks. These are systems whose transition rates between states are path- and time-dependent. We show that for particular aging walks, Sc,d is again the correct extensive entropy. Before the central part of the paper, we review the concept of (c,d)-entropy in a self-contained way. View Full-Text
Keywords: non-ergodic; extensivity; path-dependence; random walks with memory non-ergodic; extensivity; path-dependence; random walks with memory
►▼ Show Figures 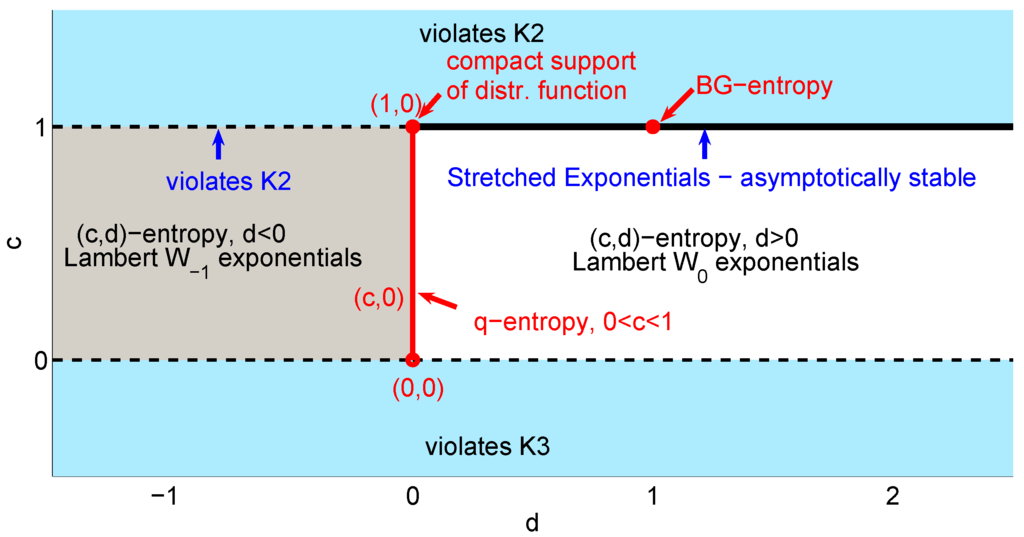