Spacetime Foam: From Entropy and Holography to Infinite Statistics and Nonlocality
Previous Article in Special Issue

The Second Entropy: A Variational Principle for Time-dependent Systems

Entropy and Energy, – a Universal Competition

When a body approaches equilibrium, energy tends to a minimum and entropy tends to a maximum. Often, or usually, the two tendencies favour different configurations of the body. Thus energy is deterministic in the sense that it favours fixed positions for the atoms, while entropy randomizes the positions. Both may exert considerable forces in the attempt to reach their objectives. Therefore they have to compromise; indeed, under most circumstances it is the available free energy which achieves a minimum. For low temperatures that free energy is energy itself, while for high temperatures it is determined by entropy. Several examples are provided for the roles of energy and entropy as competitors: – Planetary atmospheres; – osmosis; – phase transitions in gases and liquids and in shape memory alloys, and – chemical reactions, viz. the Haber Bosch synthesis of ammonia and photosynthesis. Some historical remarks are strewn through the text to make the reader appreciate the difficulties encountered by the pioneers in understanding the subtlety of the concept of entropy, and in convincing others of the validity and relevance of their arguments. View Full-Text
Keywords: concept of entropy; entropy and energy concept of entropy; entropy and energy
►▼ Show Figures 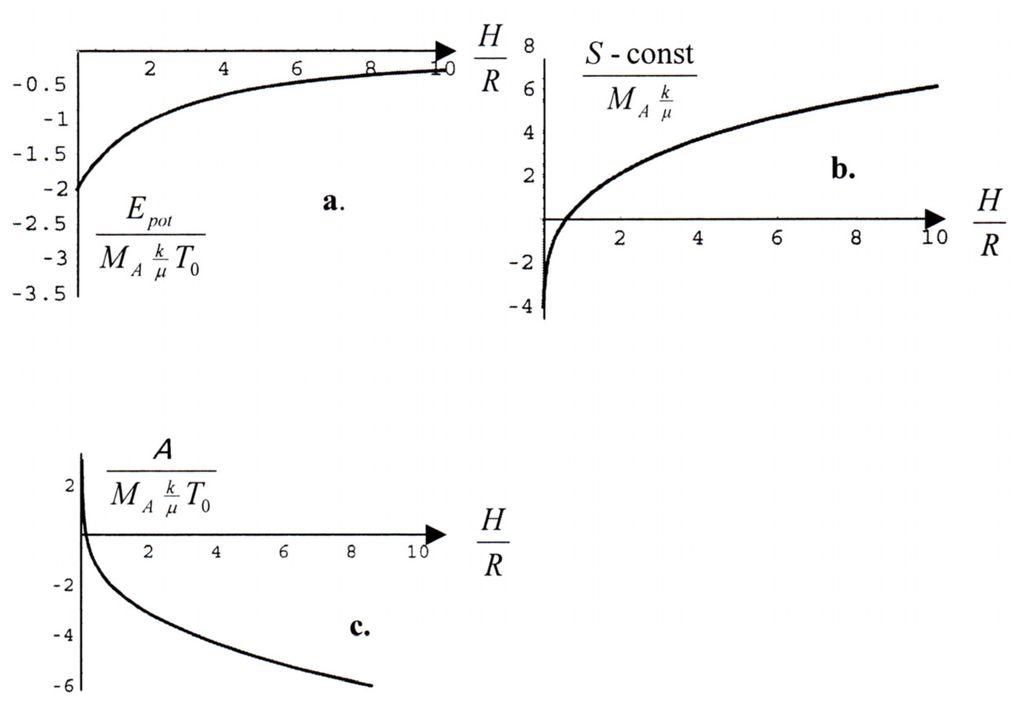