Professionalization of Online Gaming? Theoretical and Empirical Analysis for a Monopoly-Holding Platform
Previous Article in Journal

Online Reviews and Product Sales: The Role of Review Visibility

A New Measure of Complementarity in Market Basket Data

2. Complementarity of Goods in Microeconomics

This section reviews the basic terminology used in association analysis.
Let be the set of all available items (goods) and be the set of all transactions. Any set is termed itemset. Each transaction contains a subset of items in . An association rule is defined as an implication of the form , where and are disjoint itemsets that are respectively called the antecedent and consequent of the rule. Such a rule may be interpreted as:
If a basket contains itemset X then, with a specified probability, this basket will also contain itemset Y.
The relative number of occurrences of itemset X in the transaction set T is called the support of itemset and is calculated according to the following formula: where the symbol |⋅| denotes the number of elements in a set.
The level of support signifies the percentage of transactions in which specified goods were purchased at the same time in relation to all the transactions concerned.
Let min_supp denote the minimum level of support. The itemset with support less than min_supp will be considered as insignificant. If a support for a given itemset is greater than min_supp, then the set will be referred to as a frequent itemset. Association rules are created based on frequent itemsets, and the support of an association rule equals to the support of the itemsets.
Each rule is also characterized by its level of confidence, calculated according to the following formula:
Confidence indicates the probability of occurrence of the itemset, which is the consequent of the association rule in the basket if the basket also contains the itemset being the antecedent of the rule. Let min_conf be the minimum confidence level that a rule must achieve to be considered as significant. Rules with confidence less than min_conf will be rejected.
An essential feature of confidence is its asymmetry. This implies that the value of conf() may, but need not, be equal to the value of conf(). This property will be used further on in this paper.
Another measure used to evaluate association rules is the lift [11], which is calculated according to the following formula:
Lift measures the correlation between itemsets from antecedent and consequent of a rule. If lift = 1 itemsets X and Y are independent. When lift > 1, itemsets X and Y are positively correlated. For lift < 1, itemsets X and Y are negatively correlated.
The aforementioned measures of association rules are the most popular but not the only ones appearing in the literature. More examples of measures describing the rules can be found e.g., in [12].

4. The Concept of Basket Complementarity

This study was conducted under a research project funded by a statutory grant of the AGH University of Science and Technology in Krakow for maintaining research potential. 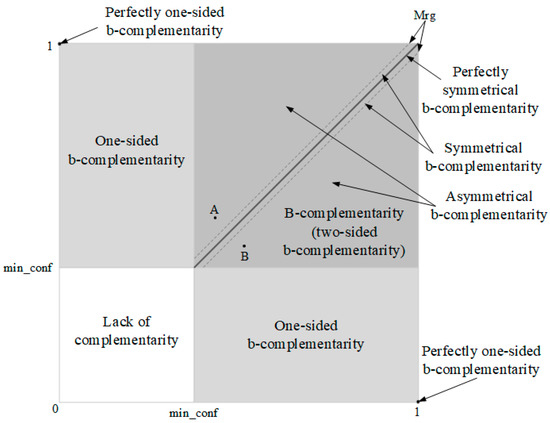 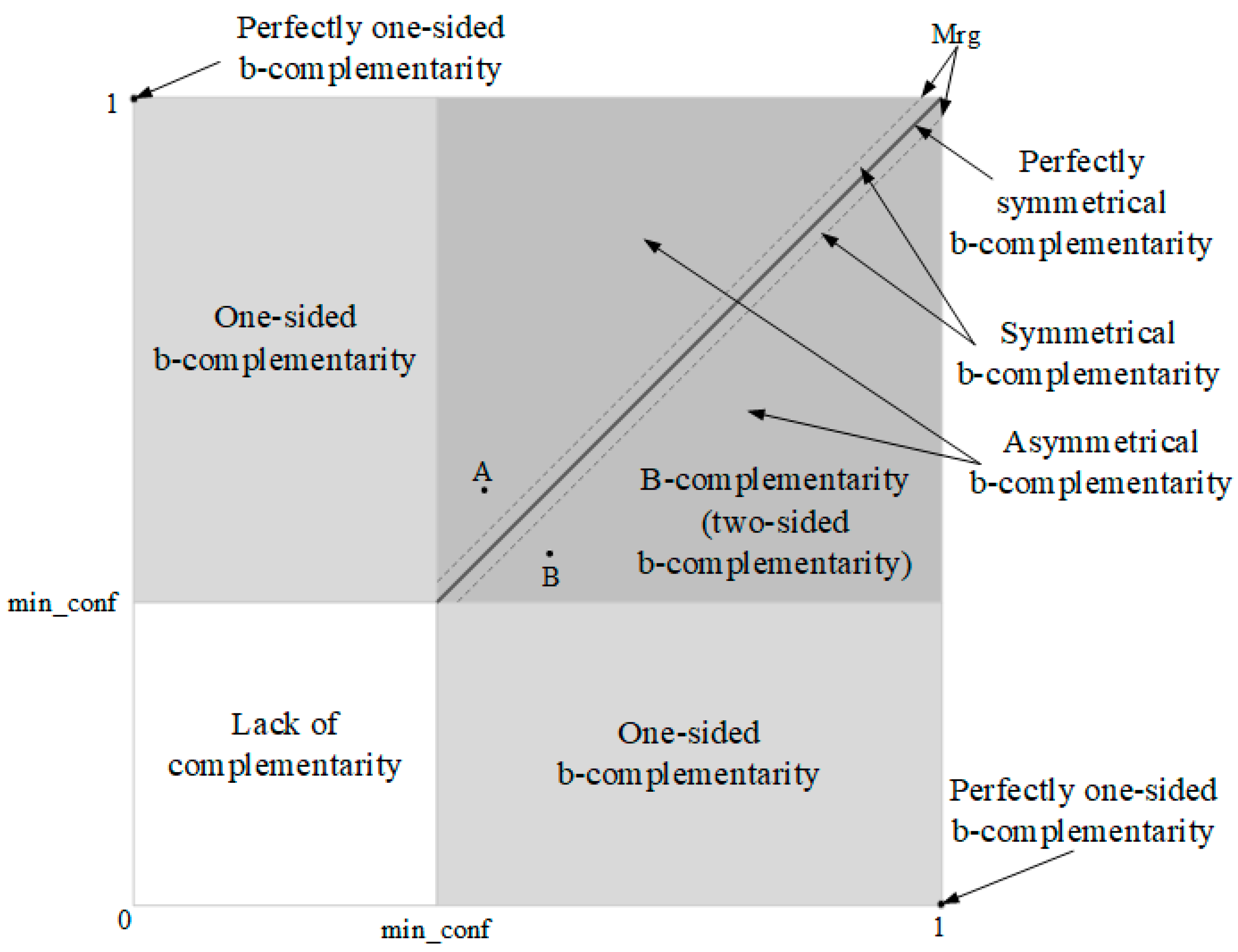 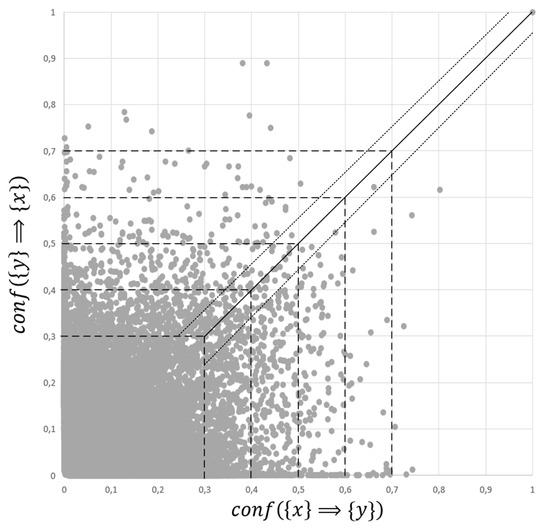