Comparison between Demand and Supply of Some Ecosystem Services in National Parks: A Spatial Analysis Conducted Using Italian Case Studies

How Threatened Is Scincella huanrenensis? An Update on Threats and Trends

It is important to understand the dynamics of population size to accurately assess threats and implement conservation activities when required. However, inaccurate estimates are harming both the threat estimation process, and the resulting conservation actions. Here, we address the extinction threats to Scincella huanrenensis, a species described in the People’s Republic of China, but also occurring on the Korean peninsula. Estimating the threats to the species is not an easy task due to its unknown population status in the Democratic People’s Republic of Korea. Here we analysed the literature to acquire the known presence point for the species, along with datapoints originating from opportunistic field surveys, and employed habitat suitability models to estimate the range of the species. We then followed the categories and criteria of the IUCN Red List of Threatened Species to assess the extinction risk of the species. We found the species not to be fitting the threatened category at the global scale based on the range size, the only category for which enough data was available. We recommend the status of the species on the IUCN Red List of Threatened Species to be updated as it is now listed as critically endangered (CR), a listing fitting a national assessment for the People’s Republic (PR) of China. While this species is possibly less threatened than currently listed, this is not a genuine improvement, and specific conservation aspects should not be neglected due to its specialisation to medium to high elevation habitat. View Full-Text
Keywords: Threat; skink; recommendation; IUCN Red List; Korean Peninsula; China Threat; skink; recommendation; IUCN Red List; Korean Peninsula; China
►▼ Show Figures 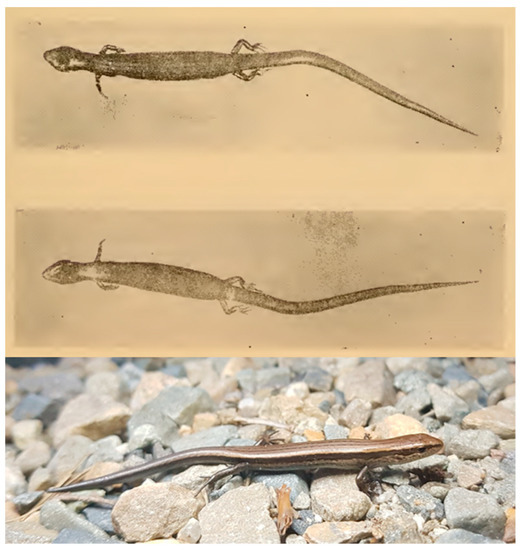