2.1. Participants and Matching of Datasets

For the current study, two distinct datasets were merged in order to maximize the number of participants, to increase statistical power, generalizability, and to enable the examination of fathers in contrast to non-fathers. This was done, since to date there is no data specifically examining infidelity in relation to fatherhood. The two datasets used are from studies that examined only men and stem from the same research department. The same psychometric instruments were used in both studies to measure relationship satisfaction, personality, and infidelity. One study focused on aspects of paternity and mental health and provided mainly male subjects of the father group, while the other study focused on general health aspects of men and provided mainly subjects of the non-father group. One study investigated the effects of fatherhood and family composition on psychological well-being in 3616 men with an age range of 19 to 72 years [24]. Participants were recruited via online advertisements, newspapers, and broadcasts. Inclusion criteria were being a biological male, being an adult (18 years at least), and having assumed the paternal role for at least one child. The other study, the Men’s Health 40+ study, examined 271 men (age range 40–75 years) with an emphasis on biopsychosocial factors of healthy aging [56]. Participants were recruited via online advertisements, mailing lists of companies, and information events. Participants completed an online survey for the study with questionnaires and a biological assessment in the laboratory of the University of Zurich. Inclusion criteria were being between 40 and 75 years of age, exhibiting no psychiatric disorders, no usage of psychopharmacotherapy, self-rated physical health of at least “good”, having no acute or chronic physical diseases, and no illegal drug use. Both studies were conducted in Switzerland and participants were predominantly white. To prevent confounding, the data from the two studies were matched with regard to age. The matching was successful with regard to age. Further analyses revealed differences for length of relationship (t (271.954) = 4.196, p < 0.001), neuroticism (t (217.573) = −2.278, p = 0.024), relationship satisfaction (t (272) = 2.827, p = 0.005), marital status (U = 5642, z = −5.929, p < 0.001), and income (U = 7683, z = −2.256, p = 0.012). By contrast, no differences emerged for extraversion, agreeableness, conscientiousness, openness, mental health, or body mass index. The final analyzed sample comprised of 253 age-matched men, including 137 fathers and 116 non-fathers. It is important to note that the Waldvogel and Ehlert study [24] only investigated fathers, whereas the Walther et al. study [56] included both fathers and non-fathers. However, fathers from both studies were included in the final sample in order to produce a more heterogeneous sample. All participants provided written consent for their data to be used for scientific purposes prior to each study.

Participants completed the German version of the Relationship Assessment Scale [57], a short questionnaire assessing relationship satisfaction. Items are rated on a Likert scale from 1–5, with 5 indicating higher relationship satisfaction. In addition, participants were asked whether they engaged in extradyadic sexual actions: “During your current relationship, have you ever had sexual contacts with people outside of this relationship that were not agreed upon with your partner?”. Participants could choose between the response options “no”, “rarely”, “occasionally”, and “regularly”. Since the answering of this question can potentially cause social desirable answers, we decided to implement a specific method from the social sciences to anonymize the answers and apply a check for social desirability in the answers to the question about infidelity. This delicate question was asked in two different ways: First, participants were directly asked about infidelity. This enabled us to calculate all results for the current study. To test the social desirability of our participants, we also applied an indirect method to assess infidelity. We employed an indirect, crosswise method based on probability calculations, which is described in greater detail elsewhere [58]. This crosswise method was used to enable an indirect measurement of infidelity without the ability to trace back the answer to one specific individual, thus minimizing aforementioned social desirability. It is important to note, however, that this crosswise method only enabled us to calculate infidelity rates over the complete sample, not individual answers. In brief, participants had to answer two questions. The first question asked whether the respondents’ mother was born in January or February, to enable a later calculation of the percentage for the infidelity question. This measure is widely used in social desirability skewed topics throughout the social sciences. Participants were instructed to remember their answer (yes or no). The probability of a birth in January or February is 16.6% (the authors of this approach assume equal probabilities for births over the year). The second question asked about infidelity in the participants’ current relationship. Participants were again instructed to remember their answer (yes or no). Participants then indicated in the questionnaire whether or not the two answers (to the birth month and the infidelity question) were identical, i.e., yes to both questions or no to both questions, and whether the answers were not identical (i.e., yes/no, no/yes). The known probability of the first question enabled the calculation of percentages of the answers to the infidelity question. Subsequently, the crosswise incidence of infidelity was computed using probability calculations according to the instructions of Jann et al. [58]. This opened up the possibility to answer anonymously, without the possibility to trace back an individual answer to one participant, since only a sample-wide prevalence can be calculated. The following formula was applied: Percentage of identical answers (x) plus probability of being born in January or February (2/12) divided by two times the probability of being born in January or February minus 1. Therefore, the mathematical formula was: û = (x + 2/12 − 1)/(2 × 2/12 − 1). Furthermore, participants completed the German short version of the Big Five Inventory BFI-K, [59] to assess personality traits and the German version of the Brief Symptom Inventory BSI-18, [60] to assess mental health, and in order to control for possible confounding factors between the two datasets. The BSI-18 comprises the subscales depression, somatization, anxiety, and a general score, while the Big Five Inventory comprises the subscales neuroticism, extraversion, conscientiousness, agreeableness, and openness. Additionally, participants’ BMI was measured as a marker of health and an indirect measure of body composition and shape.

Data were analyzed using IBM SPSS ® (IBM Statistics, Version 23.0. IBM Corp: Armonk, NY, USA, 2015). First, descriptive data were calculated, followed by group comparisons between fathers and non-fathers. Depending on the scale, the group comparisons were conducted using t-tests for independent samples or non-parametric tests (i.e., Mann–Whitney U test). In addition, correlation analyses were conducted. The moderation analysis was performed using Hayes’ PROCESS macro version 2.1.6 [61]. The moderation model used was model 1 of the PROCESS macro, which is also indicated in an adapted form in Figure 1. Due to the nature of the data, we applied a logistic regression approach for the moderation analysis. Moderation analyses were conducted using bootstrapping with 5000 samples [61]. The level of significance was set at p < 0.05.

The current study had several distinct limitations and strengths. First, infidelity was only assessed with the question of engagement in extradyadic sexual activities, without defining the exact boundaries of “sexual activities”; thus, it was left to the participants’ interpretation how sexual activities are defined. Nevertheless, it is reasonable to assume that the subjective perception of the committing partner is crucial in terms of effects on relationship satisfaction and well-being. However, infidelity was also examined in an indirect way, and thus anonymously, which enabled us to control for social desirability. Furthermore, the question about infidelity did not ask whether infidelity occurred before or exactly when after the birth of the child, and also did not ask about the exact number of incidents or the amount of extradyadic sexual partners. Thus, future research needs to address this issue and capture as precise as possible the time of the extradyadic sexual activity. Another shortcoming of the study is the lack of information about the age of the children, although the number of children was assessed and added as a covariate the age of the oldest child is particularly relevant to identify the period of increased relationship strain due to the first newborn and the period when relationship satisfaction starts to increase again.
Despite these limitations, the study also had several strengths. First, to the best of our knowledge, this is the first study to explicitly focus on the topic of fatherhood, infidelity, and relationship satisfaction. Moreover, we investigated a rather large sample of 253 men, and used validated questionnaires and measurements that enables us to control for possible confounding variables. The questionnaires enabled us to specifically target potentially influencing personality traits and aspects of mental health as covariates. The relatively large sample size allowed for the generalization of the results. Finally, the study investigated indirect effects, which can be regarded as strengths, since infidelity is a complex behavior encompassing multiple aspects. Thus, the measurement of indirect effects enables deeper insights into mechanisms and is more appropriate due to the consideration of the complexity of the behavior.

This investigation extended the knowledge about infidelity, especially for fathers. Couples confronted with infidelity experience severe distress. The discovery of infidelity is a critical life event and can cause PTSD-like symptoms with increased anxiety or depression [12,44]. Therefore, it is crucial to provide information about this topic within couples’ therapy. In particular, fathers or expectant fathers and their partners should be educated about relationship changes within fatherhood and the distress this might cause, in order to adequately prepare the expectant parents and prevent infidelity.

This study provides first evidence for an association between fatherhood and infidelity, which broadens the understanding of infidelity itself. Despite higher relationship satisfaction, fathers engaged in significantly more extradyadic sexual activities than non-fathers. However, these results need to be interpreted with caution since previous literature did not identify an association between parenthood or the number of children and infidelity. It is further important to consider the temporal dynamics of the risk for infidelity and relationship satisfaction over a life, while the underlying mechanisms of infidelity require further investigation. The importance of the reported findings, especially for families, adds to the novelty of the results and gives rise to opportunities to develop prevention strategies for infidelity or to increase the understanding of and coping with infidelity. Further research might investigate specific age groups of men or types of infidelity in greater detail. Moreover, future studies could employ longitudinal approaches to enable a more detailed investigation and allow for causal inferences to be drawn regarding the associations between infidelity and fatherhood. The dynamic relationship between fatherhood, relationship satisfaction, and infidelity is of major importance for the well-being of all family members. Knowledge of the determinants of infidelity, and providing couples with information might prevent infidelity and subsequent break-up or divorce in many cases.

We would like to thank all participants for their participation. 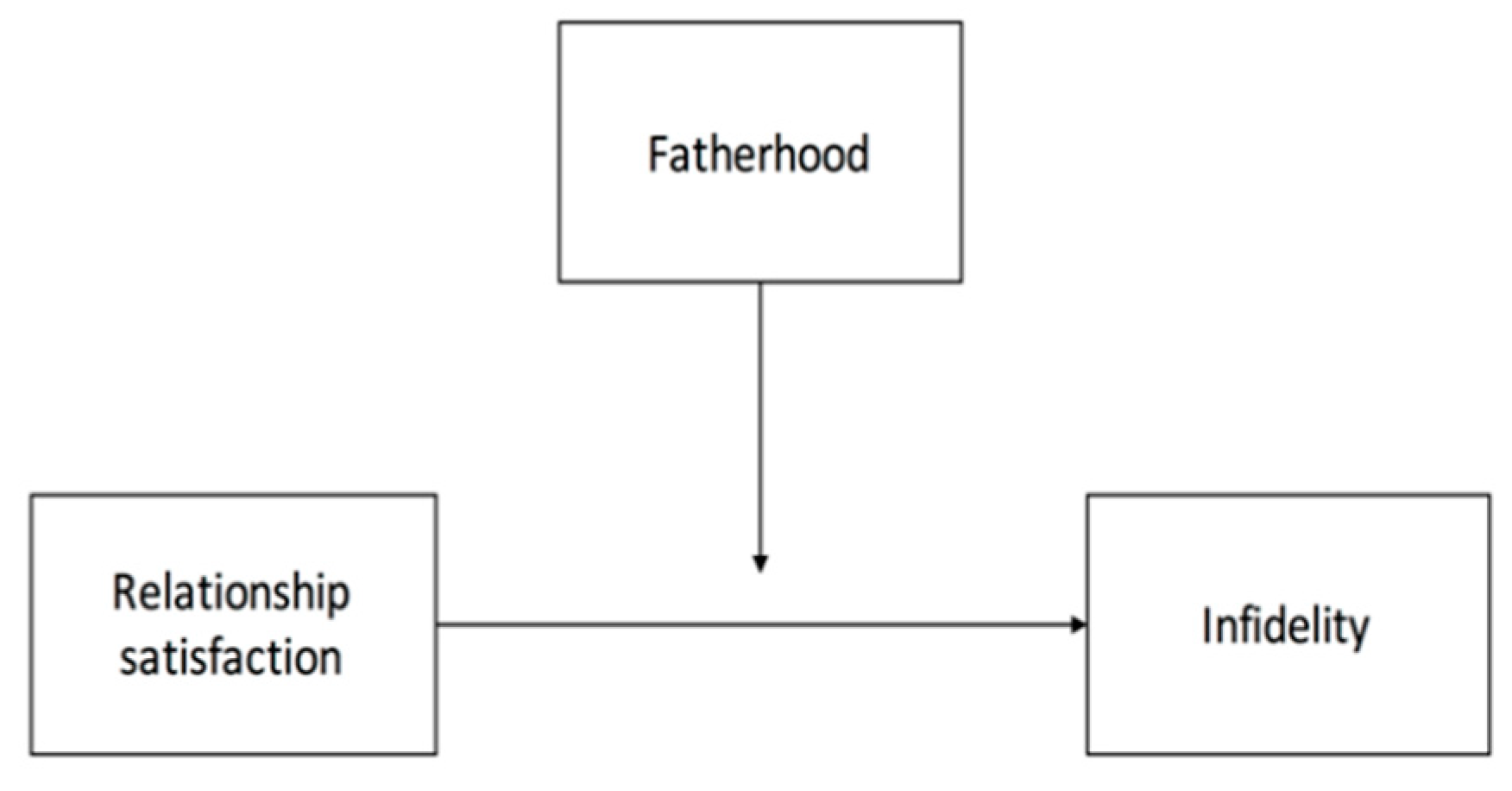 Table 1. Descriptive statistics for the sample.
Table 1. Descriptive statistics for the sample.
Note: N = Sample size, M = Mean, SD = Standard deviation.
© 2020 by the authors. Licensee MDPI, Basel, Switzerland. This article is an open access article distributed under the terms and conditions of the Creative Commons Attribution (CC BY) license (http://creativecommons.org/licenses/by/4.0/).
We use cookies on our website to ensure you get the best experience. Read more about our cookies here.
Accept
We have just recently launched a new version of our website. Help us to further improve by taking part in this short 5 minute survey here. here.
Never show this again