Status of Brain Imaging in Gastroparesis
Previous Article in Journal

Is Bartonella a Cause of Primary Sclerosing Cholangitis? A Case Study

The etiology of primary sclerosing cholangitis (PSC) is unknown. I present a case which may be indicative of a causal link between Bartonella infection and PSC. The patient presented with complaints of abdominal pain and bloody diarrhea. A colonoscopy demonstrated chronic inflammation and changes consistent with ulcerative colitis. Routine laboratory studies revealed elevated liver function tests (LFTs); ultrasound and magnetic resonance imaging (MRI) confirmed the diagnosis of PSC. Bartonella serology was positive. It is established that Bartonella infection is associated with both gastrointestinal inflammation and autoimmunity; indeed, there is an animal model for Bartonella-induced PSC. Bartonella is susceptible to treatment with vancomycin and there are case reports and small series that demonstrate that PSC responds to treatment with oral vancomycin. Because of this, it is postulated that at least some cases of PSC may be associated with Bartonella infection. The patient in this report was treated with oral vancomycin and, since then, has been in remission for both colitis and PSC. Since vancomycin is not systemically absorbed, the premise is that he suffered from Bartonella colitis and an autoimmune reaction to Bartonella causing PSC. This premise warrants further study.
Keywords: bartonella; primary sclerosing cholangitis; autoimmune; colitis bartonella; primary sclerosing cholangitis; autoimmune; colitis

Primary sclerosing cholangitis (PSC) is a chronic liver disease characterized by a progressive course of cholestasis with inflammation and fibrosis of the intrahepatic and extrahepatic biliary tree. The etiology of PSC is unknown but is postulated to be autoimmune [1]. While immunosuppressive agents have not been effective in the treatment of PSC, antibiotics have shown promise. In particular, vancomycin has demonstrated efficacy in multiple case reports and small series [2].
Bartonella henselae (B. henselae) is the causative agent of cat scratch disease (CSD) as well as a wide array of systemic infections, including colitis [3]. Arthropod vectors, including Ixodes ticks, can transmit Bartonella spp., and can co-infect patients with Lyme disease [4,5]. I present a case of a thirteen-year-old immunocompetent male with a previous history of Lyme disease who developed colitis and PSC. He had a positive serology to B. henselae and Bartonella quintana (B. quintana), suggesting the role of Bartonella in the pathogenesis of these conditions.

This male patient initially presented at nine years of age with multisystem symptoms. At four years of age he developed an Erythema Migrans (EM) rash while in Maryland and was diagnosed by a medical practitioner as having Lyme disease. The patient was put on an antibiotic but discontinued it after four days. Subsequent to this episode, he began complaining of severe leg pains, sleep disturbances and mood swings with dramatic temper tantrums. Gradually, he developed other symptoms, including intermittent knee pains, inguinal pain, back pain, neck pain, and ear pain. He had one episode of tachycardia with dyspnea and chest pain lasting thirty minutes; the cardiac evaluation was negative. When his handwriting began to deteriorate, his parents brought him in for evaluation.
The family did not own a cat. A review of the systems was otherwise negative and physical examination was unremarkable. Laboratory evaluation was significant for the presence of Lyme Western Blot immunoglobulin G (IgG) bands 39 and 41.
The patient was treated with oral amoxicillin 500 mg three times daily for six months and symptoms remitted. Four years later, the patient developed fatigue and intermittent abdominal pain with frequent soft bowel movements and some blood in his stools. Three months later, his symptoms worsened and his weight had dropped by four pounds. Investigation at that time revealed:
The patient was treated with mesalamine 400 mg three times daily. His diarrhea slowed but did not resolve and he continued to complain of abdominal pain. After three weeks on mesalamine, he began oral vancomycin 500 mg three times daily. After one month on oral vancomycin, all symptoms remitted. All laboratory abnormalities returned to normal, including faecal calprotectin. A repeat MRCP showed the common bile duct had decreased to 7 mm in width, and beading had decreased (see Figure 3). Repeat Bartonella serology and PCR testing of the colonic biopsy is not available.

This case raises the possibility that Bartonella infection in the colon could trigger an autoimmune response leading to PSC. Given the serious morbidity and mortality of this illness, the implications are significant for promoting future research. Further studies, such as PCR testing of serum and tissue samples, as well as testing of patients with PSC for Bartonella spp. compared with a control population, would help determine the role of Bartonella in the etiology of PSC. 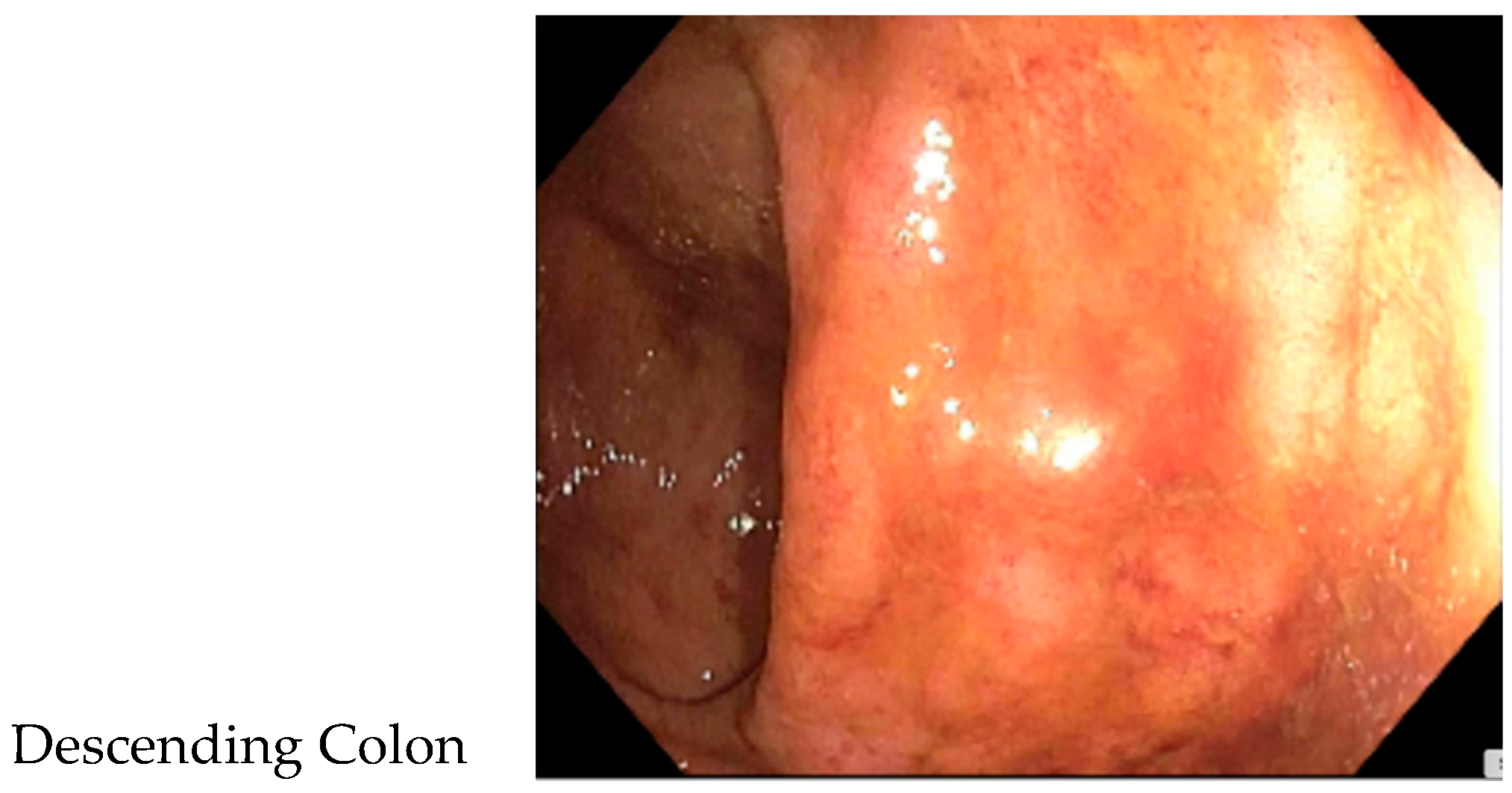 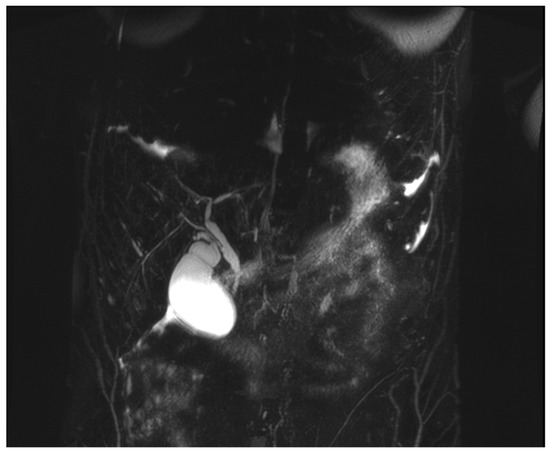 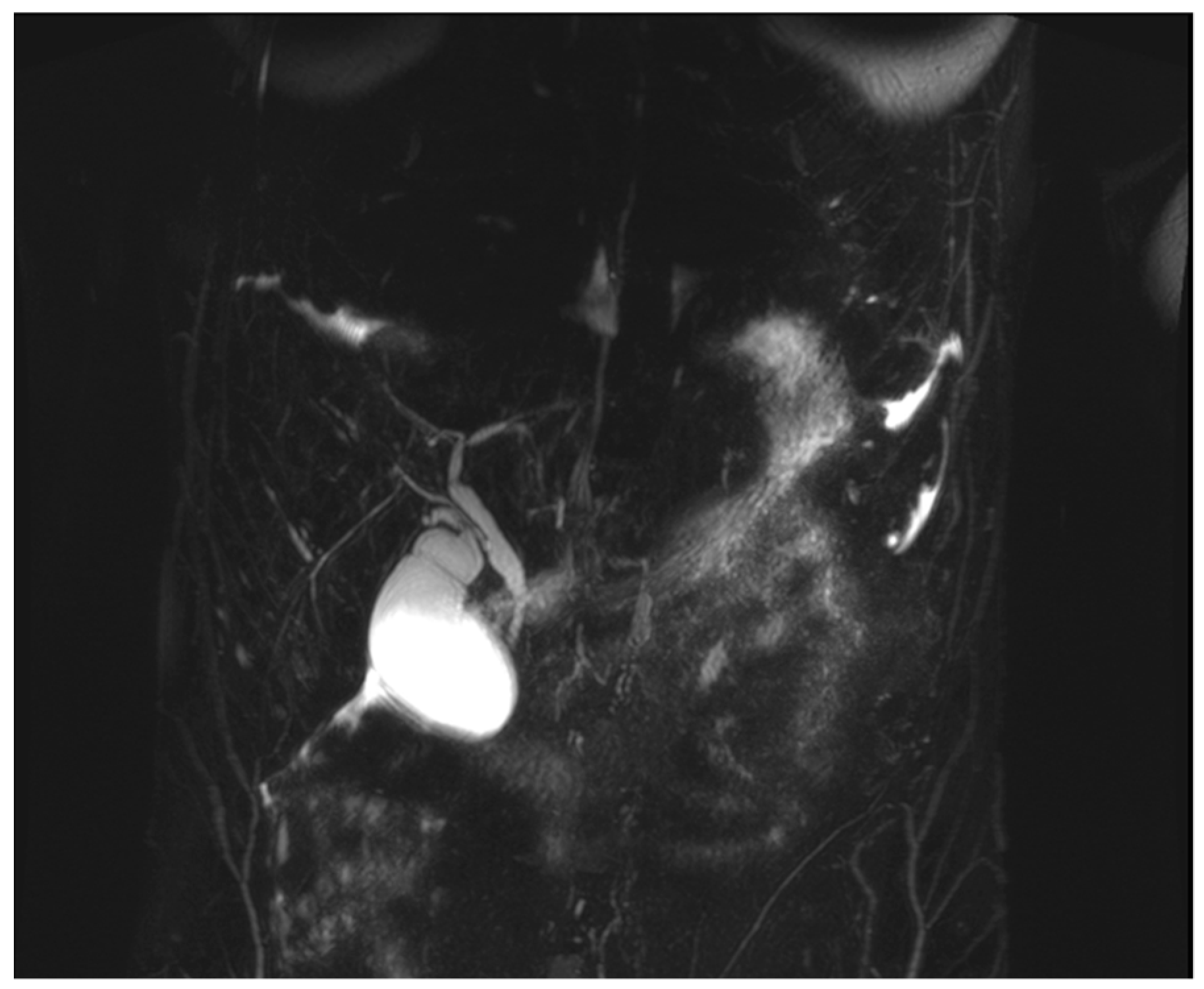