Asymptomatic Inflammatory Bowel Disease and Colorectal Cancer Screening Programs: How Common Is It and What Should be Done About It?
Previous Article in Special Issue

Colorectal cancer (CRC) is the third most commonly diagnosed cancer in males and the second in females around the world. Approximately 1.8 million new cases of CRC were diagnosed in 2018 and accounted for approximately eight percent of all cancer deaths [1]. Incidence and mortality rates vary markedly worldwide. The commensal gut microbiota plays important roles in various systemic functions which include modulation of the immune system, modulation of neuro-hormonal activity, gut barrier and epithelial integrity. Immune dysregulation, dysbiosis and epithelial disruption contribute to carcinogenesis in CRC. Of these, the development of inflammation and alterations in the colonic microbiota are the two factors most closely associated with progression to CRC [2,3,4].

The human gut microbiota includes commensal, symbiotic, and harmful bacteria [5,6]. It was demonstrated that colon microbiota have anti-inflammatory and anti-oncogenic features and contribute to the immune, neuroendocrine, and metabolic homeostasis of the host [7,8]. The genus Bifidobacterium comprises Gram-positive, non-motile, often branched anaerobic bacteria and belongs to the phylum Actinobacteria [9]. Bifidobacteria are one of the dominant species in the human gut microbiota and are frequently used as probiotics [10]. Bifidobacterium species have immunological, neurohormonal, and anti-inflammatory effects (Figure 1 and Figure 2) [9,11,12,13,14]. B. animalis subsp. lactis exerts the highest level of intracellular hydrogen peroxide resistance among Bifidobacteria and could, thereby, provide protection against reactive oxygen species [15]. Previous studies have reported that Bifidobacteria differ from other colonic bacteria in their role in carbohydrate metabolism [9,16]. Bifidobacteria use the fructose-6-phosphate phosphoketolase pathway to ferment oligosaccharides and indigestible oligosaccharides ingested by the host are converted into short chain fatty acids (SCFAs), such as butyrate, propionate, and acetate which provide beneficial effects on gut immunity and inflammation [17]. Bifidobacteria are the main sources of SCFAs production, and they are used as probiotic ingredients in many foods [18,19].
Reduced bifidobacterial levels are associated with inflammatory bowel disease (IBD) [20,21]. Bifidobacteria are able to protect against intestinal epithelial cell injury and this protection is independent of their effects on tumor necrosis factor alpha (TNF-α) production [20]. The exopolysaccharide (EPS) coat which is a feature of Bifidobacteria has been shown to play a significant role in this protective effect [22]. Bifidobacteria may also reduce cell injury as a direct result of inhibiting TNF-α and macrophages [20]. Also, Bifidobacteria increase regulatory T cell (Tregs) responses and, additionally, increase production of the anti-inflammatory cytokine interleukin-10 (IL-10) in IBD tissue [23]. In an experimental model of IBD, B. breve ameliorated dextran sodium sulfate (DSS)-induced colitis. This was linked to increases in Tregs and decreases in CD4+ IL-17+ cells in Peyer’s patches of DSS-induced colitis [24].

Mucosal-associated invariant T (MAIT) cells are innate human T cells involved in antibacterial immunity. MAIT cells contain a T cell receptor (TCR) which has an invariant Vα7.2-Jα33 TCRα chain, and recognizes vitamin B precursors derived from microbial synthesis of riboflavin presented by the major histocompatibility complex (MHC) related 1 (MR1) [25,26]. Human MAIT cells are found in the lamina propria and other mucosal surfaces. MAIT cells are most abundant in the human gut lamina propria and associated organs, such as lymph nodes and the liver, also they can be found in peripheral blood (8% of all human T cells) [27]. MAIT cells were found to produce the Th1-related cytokines—interferon-gamma (IFN-γ) and TNF-α [28]. MAIT cells are stimulated by antigen-presenting cells infected by various species of bacteria. This stimulation requires the interaction between the invariant TCR and MR1; in this way, the activation of MAIT cells depends on the presence of the microbial flora. Previous studies have shown that MAIT cells might be implicated in IBD and CRC [29,30]. The expression of TCRVα7.2 has been found to increase in inflamed colon tissue, while it has been shown to decrease in blood samples from IBD patients [31].

Colonic epithelial inflammation is an important promoting factor in the development of colitis-related CRC. Gut inflammation occurs after mucosal invasion by colonic bacteria [32]. Later, persistent immune dysregulation and neoplastic changes arise in the colon mucosa. Chung et al. showed that Bacteroides fragilis promotes a pro-carcinogenic, inflammatory cascade that requires IL-17R and includes nuclear factor (NF)-κB signaling in colonic epithelial cells in the context of intestinal dysbiosis [33]. İnvasion of the protective mucus layer of the colon by pathogenic bacteria causes colonic instability and DNA damage begins with neoplastic change accompanying chronic inflammation [34]. It was demonstrated that Bifidobacterium breve reduces the expression of IL-17(Th17) and IL-23, which play an important role in the development of IBD [35]. Schroeder et al. [36] reported that Bifidobacterium longum promotes mucosal integrity and corrects dysbiosis. Also, it has been shown that when colonic permeability is decreased, enhancement of the epithelial mucus layer is increased in the presence of a balanced colonic bacterial population [36]. Butyrate has strong anti-inflammatory and anti-tumor effects and Bifidobacteria are considered the main source of butyrate production and [37]. İt was shown that a higher diversity of butyrate-producing bacteria is found in stools of native Africans with low CRC risk as compared to Afro-Americans with a higher risk [38]. Also, it was determined that butyrate inhibits CRC cell proliferation and promotes differentiation and apoptosis of CRC cells [39]. Higher levels of butyrate production reduce the incidence of carcinogen-induced colon tumors. Free fatty acid receptor 2 (Ffar2) is a receptor for SCFAs and Ffar2 is downregulated in human colon cancers [40]. Sivaprakasam et al. reported that the administration of Bifidobacterium reduces intestinal inflammation and carcinogenesis in Ffar2−/− mice [40]. Butyrate may play an important role in oncogenesis, genomic instability, inflammation, and colon cell energy metabolism.

MAIT cells are stimulated in IBD, and their accumulation in inflamed colon mucosa correlates with IBD activity. Kentaro et al. reported that the numbers of MAIT cells were significantly lower in the peripheral blood and significantly higher in inflamed colon tissue of IBD patients compared to healthy controls [29]. They used immunohistochemistry to examine MAIT cells in the inflamed mucosa of IBD patients and the normal mucosa of colon cancer patients. They showed that surgically resected colon specimens of patients with ulcerative colitis (UC) and colon cancer stained for anti-TCR-Vα7.2 antibodies. According to their findings, an accumulation of MAIT cells in the inflamed mucosa correlated with their decrease in the peripheral blood of IBD patients with more active disease.
Shaler et al. [41] found that CD3ε+Vα7.2+CD161++ MAIT cells infiltrated hepatic metastases in patients with colorectal carcinoma. Mansour Haeryfar et al. [42] hypothesized that MAIT cells could constitute attractive targets for cancer immunotherapy. Activated circulating MAIT cells from CRC patients promoted the production of IL-17 [43]. IL-17 could promote angiogenesis and cancer progression in CRC [43]. CRC usually disrupts mucosal homeostasis and barrier function. CRC development and progression depend on the interaction in the microenvironment around the tumor between neoplasia, pathogens, and tumor-infiltrating MAIT cells [44]. Arthur et al. reported that intestinal inflammation promoted by MAIT cells can alters the prognosis for the tumor and microbial composition [45,46]. They demonstrated that microbial composition modulates the progression of colitis-associated CRC using the colitis-susceptible Il10−/− mouse strain [45,47] and they also reported that inflammation, rather than cancer, was related to colonic microbial shifts. MAIT cells can affect clinical outcome and survival of CRC patients [48]. Tosolini et al. [48] showed that CRC patients exhibiting high expression of the Th17 (IL-17) cluster had a poor prognosis, whereas patients with high expression of the Th1 cluster had prolonged disease-free survival. They determined that functional Th1 and Th17 clusters exert opposite effects on patient survival in CRC and, interestingly, none of the Th2 clusters (IL4, IL5, IL13) were predictive of prognosis. Rui Yu et al. showed that Bifidobacterium adolescentis strains were associated with the induction of Th17 cells in humans [49]. Also, Ruiz et al. reported that Bifidobacterium animalis strains promote a Th1 response, in both in vitro and in vivo experiments [50]. Wei et al. reported that the use of transfected Bifidobacteria as a novel system to induce specific genes offered a promising therapeutic approach to treat a tumor through non-stimulatory effects on Th17 cells [51]. In summary, it seems likely that MAIT Th17 cells preferentially infiltrate into the tumor in CRC patients and may contribute to prognosis of CRC.
MAIT-TCRs levels stimulated by colonic antigen-presenting cells were measured in an in vitro assay and the stimulatory effects of 47 microbiota-associated bacterial strains from different phyla assessed [52]. Most species that are high-stimulators for MAIT-TCRs belong to the Bacteroidetes and Proteobacteria phyla, whereas low/non-stimulator species belong to the Actinobacteria or Firmicutes phyla. Also, riboflavin metabolites from high and low MAIT-stimulating bacteria that possessed the riboflavin pathway were measured. Interestingly, it was reported that human T cell subsets can also present riboflavin metabolites to MAIT cells in an MR1-restricted fashion and this signaling also contributed to increased production of IFN-γ and TNF-α [52].
It appears that the Bifidobacterium animalis strain exhibits low/non-stimulator status for MAIT cells and it can be proposed that the Bifidobacterium animalis strain may be effective in preventing CRC through non-stimulatory effects on Th17 (IL17) cells and a promoting effect on Th1 cells.

Significant progress development has been made in recent years in recognizing the importance of the interaction between the gut microbiota and MAIT cells in CRC. Bifidobacterium strains play protective and preventive roles on human colonic microbiota composition and may have an impact on the inflammatory regulation of CRC. Bifidobacterium strains may be effective in preventing CRC through their inhibitory effects on MAIT cells. 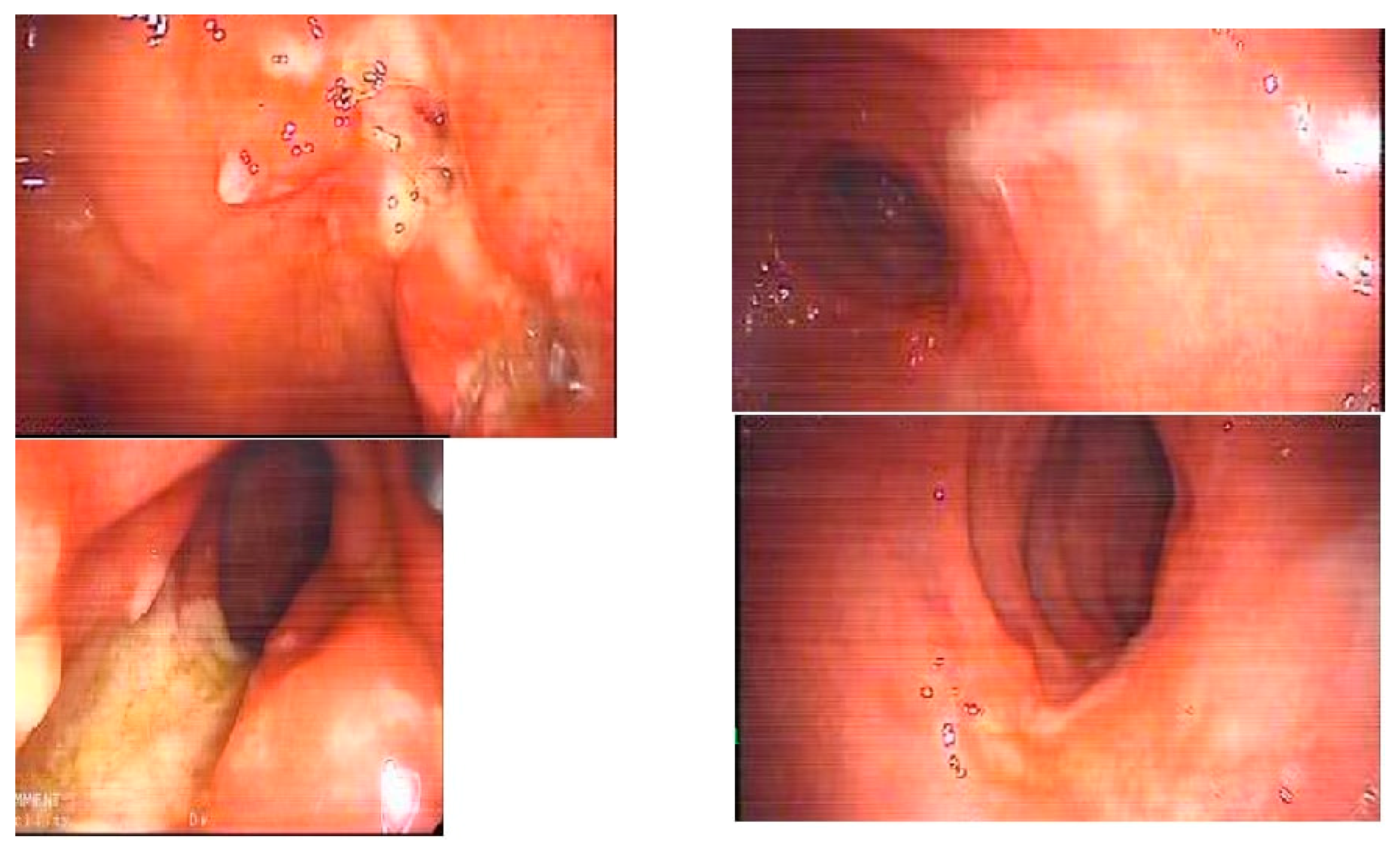