The cyclic continuous-time scheduling formulation is sub-optimal if the number of products on the wheel exceeds the optimal number of products to produce in a prediction horizon. The number of slots in the MILP problem is constrained to be equal to the number of products, causing the optimization to always create n production slots and n transitions even in cases in which <n slots would be most economical in the considered horizon for scheduling and control. To allow greater flexibility, an iterative method is introduced which leverages the computational lightness of the separated MILP subproblem. The number of slots in the continuous-time schedule is selected iteratively based on improvement to the objective function (profit), beginning from one slot, or only one product to produce during the horizon (Figure 1). The iterations begin from one slot () due to the nature of grade transitions. Reducing the number of production slots reduces the number of necessary grade transitions, and reduces the corresponding amount of waste material produced. All grade transition NLP subproblems are calculated prior to slot iterations as grade transition information is independent of the number of production slots. This iterative method enables a noncyclic approach to combined scheduling and control and enables response to market fluctuations in product maximum demand and product price.
A heuristic demand filter is introduced to further reduce computational burden (Figure 1). The filter checks for any combination of products with summed demand sufficient to fill the prediction horizon for scheduling and control. This effectively filters each possible for sufficient demand before the MILP problem is executed. In calculating the minimum summed demand which must be met for the given iteration for the MILP problem to be executed, the filter accounts for transition times calculated by NLP dynamic optimization problems both offline (all stored in ) and online (all stored in ). The demand must be sufficient to fill the production potential of the prediction horizon, which equates to (), where is the summed grade transition durations. To ensure each which has potential for sufficient demand is tested in the MILP problem, the demand filter overestimates for transition times. In the case of underestimation of total transition times (), the demand required to fill production during the prediction horizon () will be overestimated. In a such case, a combination which would have had enough demand may inaccurately be deemed insufficient. Since often the optimal number of slots will be the smallest number of slots with sufficient demand (because the number of grade transitions and the corresponding amount of off-specification production increases with the number of slots), it is pertinent to not underestimate the durations of grade transitions. To eliminate such underestimation, the maximum transitions are used for estimations of the total transition time during the prediction horizon ().

In this section, the performance of the iterative noncyclic integrated scheduling and control formulation in this work is demonstrated. The test scenarios and computational, economic, and closed-loop performance results of the algorithm are presented.

This section presents the CSTR problem used to highlight the value of the formulation introduced in this work. The CSTR model is a general test problem that is widely applicable in various industries from petrochemicals to food processing. The model shown in Equations (10) and (11) is an example of an exothermic, first-order reaction of where the reaction rate is defined by an Arrhenius expression and the reactor temperature is controlled by a cooling jacket:
In these equations, is the concentration of reactant A, is the feed concentration, q is the inlet and outlet volumetric flowrate, V is the tank volume ( signifies the residence time), is the reaction activation energy, R is the universal gas constant, is an overall heat transfer coefficient times the tank surface area, is the fluid density, is the fluid heat capacity, is the rate constant, is the temperature of the feed stream, is the inlet concentration of reactant A, is the heat of reaction, T is the temperature of reactor and is the temperature of cooling jacket. The parameters for the CSTR in this work are detailed in Table 5.
A single CSTR can make multiple products by varying the concentrations of A and B in the outlet stream, which can be done by manipulating the cooling jacket temperature . The cooling jacket temperature is bounded by 200 K 500 K and a constraint on movement is added as K/min.

The results of implementation of the scenarios and case study in Section 4 are presented in this section. Each problem is formulated in the Pyomo framework for modeling and optimization [56,57]. Nonlinear programming dynamic optimization problems are solved using orthogonal collocation on finite elements with Legrendre polynomials and Gauss–Radau roots [56,57,58]. The nonlinear programming dynamic optimization problems use a discretization scheme with a granularity of 1 finite element per 0.02 h of simulation time, or 50 finite elements per simulation hour with one collocation node between each finite element and are solved with the APOPT solver [59]. MILP problems are solved using the open-source COUENNE solver [60]. For each scenario, the results for closed-loop combined noncyclic scheduling and advanced control are compared to results for open-loop combined cyclic scheduling and advanced control.

In Scenarios 1–2, the optimal number of slots is the first number of slots which the heuristic demand filter allows to pass to the MILP problem. This is commonly the case due to the nature of grade transitions. Fewer slots, when possible, are desirable as a grade transition is necessitated with each additional slot. It may be intuitive for the algorithm to return the solution from the first MILP problem; however, this is not always optimal, as shown through the additional scenario in Table 17. The prediction horizon duration for this additional scenario is 48 hs, and the initial concentration is 0.10 mol/L. As demonstrated in Table 18, the profit predicted by the MILP problem increases from the first slot allowed through by the heuristic demand filter upward because the difference in price between the products with high demand (Products 6–7) and those with lower demands (Products 1–5) exceeds the cost of additional grade transitions. Producing a larger number of products, with necessitated grade transitions, is more profitable than producing a smaller number of products with lower prices. This could have practical application in cases in which a selection must be made between multiple high-price, low-demand specialty products and fewer low-price, high-demand commodity products. As shown in Table 18, the most profitable number of slots is 5, though more grade transitions are necessitated. The effect of additional grade transitions exceeds the benefit from the higher price of the low-demand for combinations of more than five products, and five is selected by the algorithm as the optimal number of products to manufacture during the prediction horizon (Table 19 and Table 20). More effective heuristic mechanisms for noncyclic combined scheduling and control algorithms are subjects of future work.

Scenario 4 demonstrates the performance of the algorithm in the presence of volatile or changing market demand for products (see Table 24). Updated market conditions at 4 h into the simulation show demand increases for products 3 and 4 of 600 and 800 m, respectively. The initial economic conditions and initial process state are identical to those of Scenarios 2–3. As in Scenario 3, for comparative purposes, the cyclic schedule and control algorithm is constrained to not recalculate after the updated market conditions are made available. The result is significantly reduced profits compared to the re-optimized case. The noncyclic scheduling and control algorithm finds the initial optimal number of products to produce given the economic conditions (5), and then re-calculates the schedule when the updated market conditions are made available. The number of products to produce is reduced by one, the re-optimization to make room for the increased demand for products 2–3. This flexible re-optimization, eliminating the need for a rigid cyclic grade wheel approach, enables the scheduling and control algorithm to reduce the number of products and eliminate unnecessary grade transitions. The resulting profit increase from the noncyclic and re-optimized case is significant, as shown in Table 25.
The computational burden of the re-optimization of Scenario 4 as shown in Table 26 is far less than the burden of re-optimization in Scenario 3 as shown in Table 23. The process state for the initiation of the re-optimization was at a production steady-state, and the re-optimization computational time is comparable to that of the initial noncyclic calculation. As is the case with the other Scenarios, the computational time requirement increase for the noncyclic algorithm lies solely in the increased number of MILP problems. This relaxed computational burden increase is due to the problem decomposition described in this work.

Scenario 5 demonstrates the benefit of the noncyclic scheduling and control algorithm in the presence of volatile market prices. Updated market prices shown in Table 8 are made available at 8 h into simulation. Initial market conditions and process state are the same as in Scenario 1. Noncyclic scheduling and control initially selects three products to produce (1, 2, 3) as shown in Table 27, but responds to the price change by shifting production from products 2 and 3 to products 3 and 4, which show increased selling prices in the market update. The noncyclic scheduling and control approach demonstrates significant profit increases compared to the cyclic grade wheel approach, which is non-responsive to updated market conditions (see Table 28).
The computational burden for the noncyclic problem is again very high and infeasible for fully closed-loop regulatory control as shown in Table 29; however, as mentioned in previous discussion, the profit increase from re-optimization motivates a dual feedback structure to enable a long computation while a control feedback loop is regulating the process until the combined scheduling and control re-optimization is available. Relatively long computations are motivated by the clear potential for economic gains. Utilization of commercial solvers and commercial optimization frameworks rather than the open-source tools utilized in this work is also expected to reduce the computational burden of the formulation.

This paper represents collaborative work by the authors. Damon Petersen, Logan D. R. Beal, and Derek Prestwich devised the research concepts and strategy and performed simulations. All authors were involved in the preparation of the manuscript. 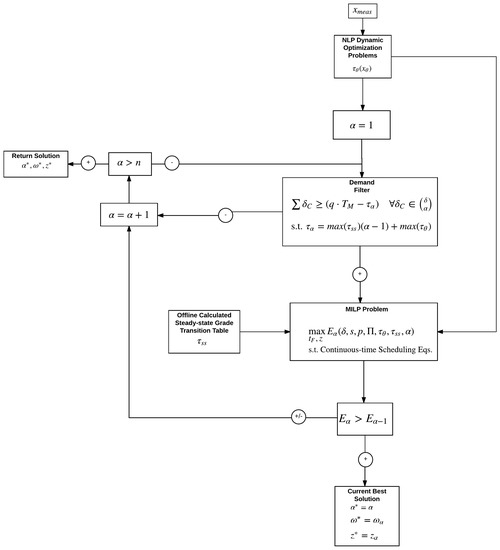 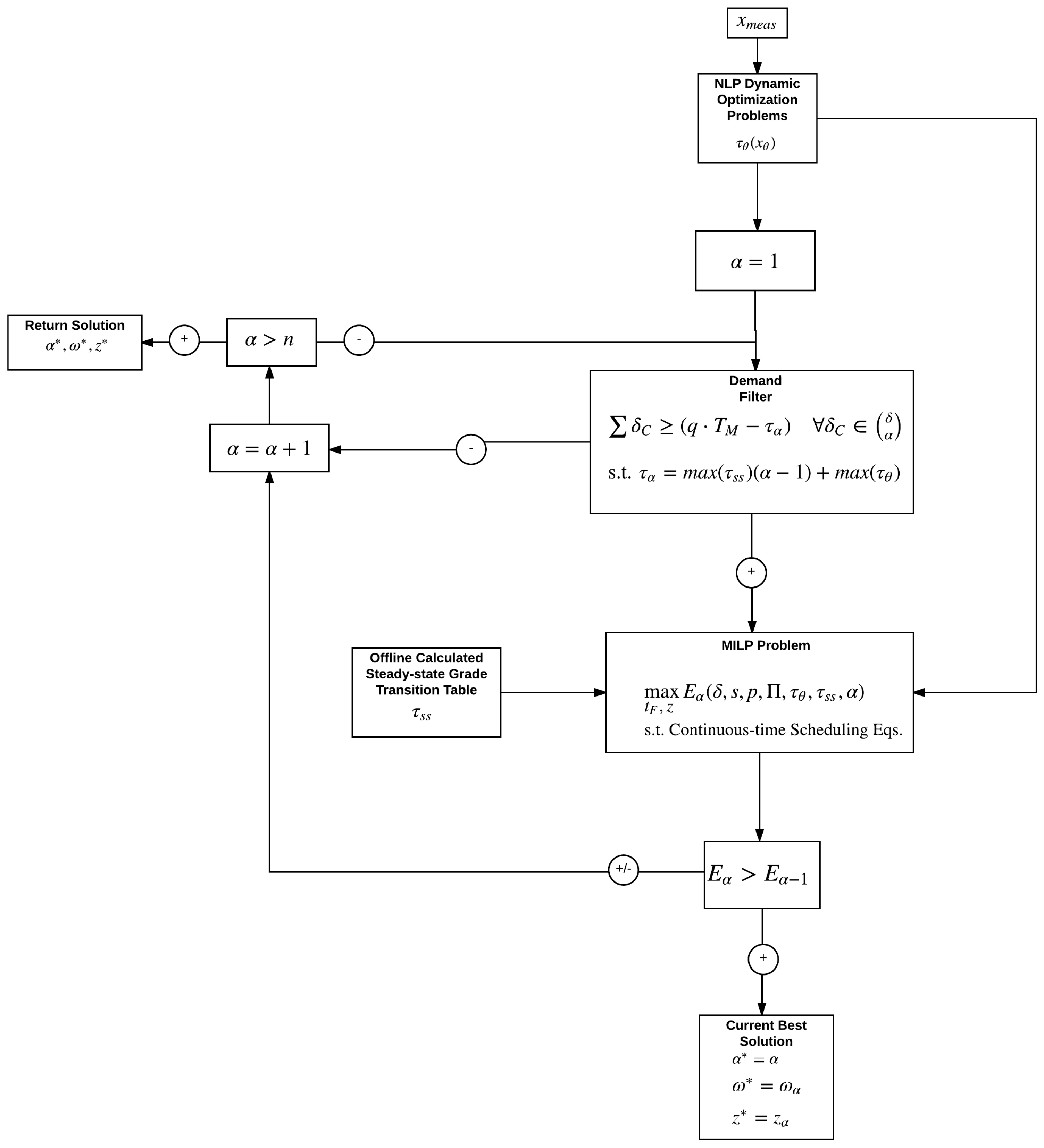 Table 29. Computational results: Scenario 5.
Table 29. Computational results: Scenario 5.
© 2017 by the authors. Licensee MDPI, Basel, Switzerland. This article is an open access article distributed under the terms and conditions of the Creative Commons Attribution (CC BY) license (http://creativecommons.org/licenses/by/4.0/).
We use cookies on our website to ensure you get the best experience. Read more about our cookies here.
Accept
We have just recently launched a new version of our website. Help us to further improve by taking part in this short 5 minute survey here. here.
Never show this again