The effect of center of mass (COM) height on stand-still postural sway analysis was studied. For this purpose, a measurement apparatus was set up that included an accelerometry device attached to a rod: three plumb lines, positioned at 50, 75 and 100 cm to an end of the rod, each supported a plumb bob. Using a vice mechanism, the rod was inclined from vertical (0 degree inclination) in steps of 5 degrees to 90 degrees. For each inclination, the corresponding inclination angle was manually measured by a protractor and the positions of the three plumb bobs on the ground surface were also manually measured using a tape measure. Algebraic operations were used to calculate the inclination angle and the associated displacements of the plumb bobs on the ground surface from the accelerometry data. For each inclination angle, the manual and accelerometry calculated ground displacement were close. The height of COM, where the measurement was taken, affected the projected displacement on the ground surface. The COM height had a nonlinear double-effect relationship with sway as it can affect both the angle and projected sway. Normalization of the COM height was used to reduce this effect for comparison purposes. View Full-Text
Keywords: center of mass; balance analysis; accelerometry; inverted pendulum measurement center of mass; balance analysis; accelerometry; inverted pendulum measurement
►▼ Show Figures 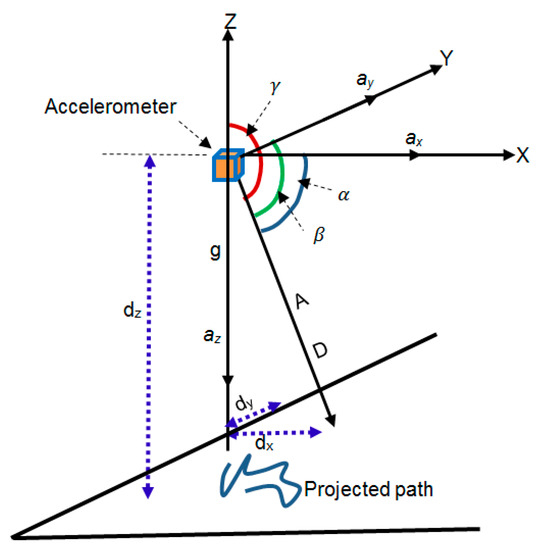