Paper-Based Assessment of the Effects of Aging on Response Time: A Diffusion Model Analysis
Next Article in Special Issue

Specific Abilities in the Workplace: More Important Than g?
Previous Article in Journal

Human Capital and Reemployment Success: The Role of Cognitive Abilities and Personality

Socio-Demographic Indicators, Intelligence, and Locus of Control as Predictors of Adult Financial Well-Being 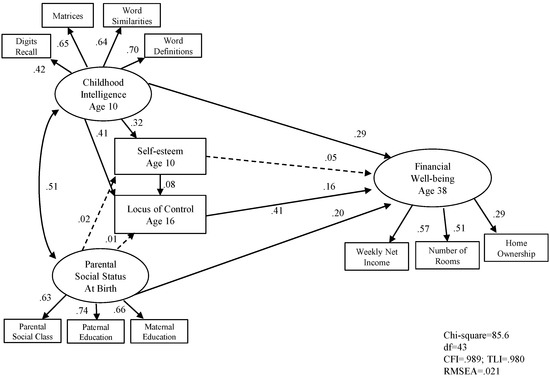