The Hydraulic Cavitation Affected by Nanoparticles in Nanofluids

Sparse matrix-vector multiplication (SpMV) can be used to solve diverse-scaled linear systems and eigenvalue problems that exist in numerous, and varying scientific applications. One of the scientific applications that SpMV is involved in is known as Configuration Interaction (CI). CI is a linear method for solving the nonrelativistic Schrödinger equation for quantum chemical multi-electron systems, and it can deal with the ground state as well as multiple excited states. In this paper, we have developed a hybrid approach in order to deal with CI sparse matrices. The proposed model includes a newly-developed hybrid format for storing CI sparse matrices on the Graphics Processing Unit (GPU). In addition to the new developed format, the proposed model includes the SpMV kernel for multiplying the CI matrix (proposed format) by a vector using the C language and the Compute Unified Device Architecture (CUDA) platform. The proposed SpMV kernel is a vector kernel that uses the warp approach. We have gauged the newly developed model in terms of two primary factors, memory usage and performance. Our proposed kernel was compared to the cuSPARSE library and the CSR5 (Compressed Sparse Row 5) format and already outperformed both. View Full-Text
Keywords: SpMV; linear system; CI; GPU; kernel; CUDA SpMV; linear system; CI; GPU; kernel; CUDA
►▼ Show Figures 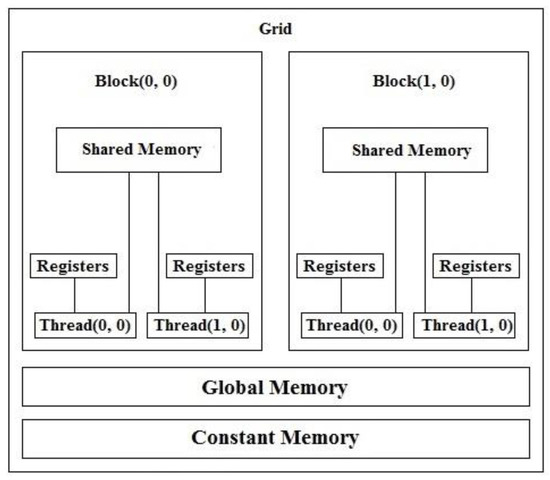