“Rather More than One-Third Had No Jewish Blood”: American Progressivism and German-Jewish Cosmopolitanism at the New School for Social Research, 1933–1939

Homecoming as a National Founding Myth: Jewish Identity and German Landscapes in Konrad Wolf’s I was Nineteen

Konrad Wolf was one of the most enigmatic intellectuals of East Germany. The son of the Jewish Communist playwright Friedrich Wolf and the brother of Markus Wolf—the head of the GDR’s Foreign Intelligence Agency—Konrad Wolf was exiled in Moscow during the Nazi era and returned to Germany as a Red Army soldier by the end of World War Two. This article examines Wolf’s 1968 autobiographical film I was Nineteen (Ich war Neunzehn), which narrates the final days of World War II—and the initial formation of postwar reality—from the point of view of an exiled German volunteer in the Soviet Army. In analyzing Wolf’s portrayals of the German landscape, I argue that he used the audio-visual clichés of Heimat-symbolism in order to undermine the sense of a homogenous and apolitical community commonly associated with this concept. Thrown out of their original contexts, his displaced Heimat images negotiate a sense of a heterogeneous community, which assumes multi-layered identities and highlights the shared ideology rather than the shared origins of the members of the national community. Reading Wolf from this perspective places him within a tradition of innovative Jewish intellectuals who turned Jewish sensibilities into a major part of modern German mainstream culture. View Full-Text
Keywords: Heimat; GDR; Konrad Wolf; Ich war Neunzehn Heimat; GDR; Konrad Wolf; Ich war Neunzehn
►▼ Show Figures 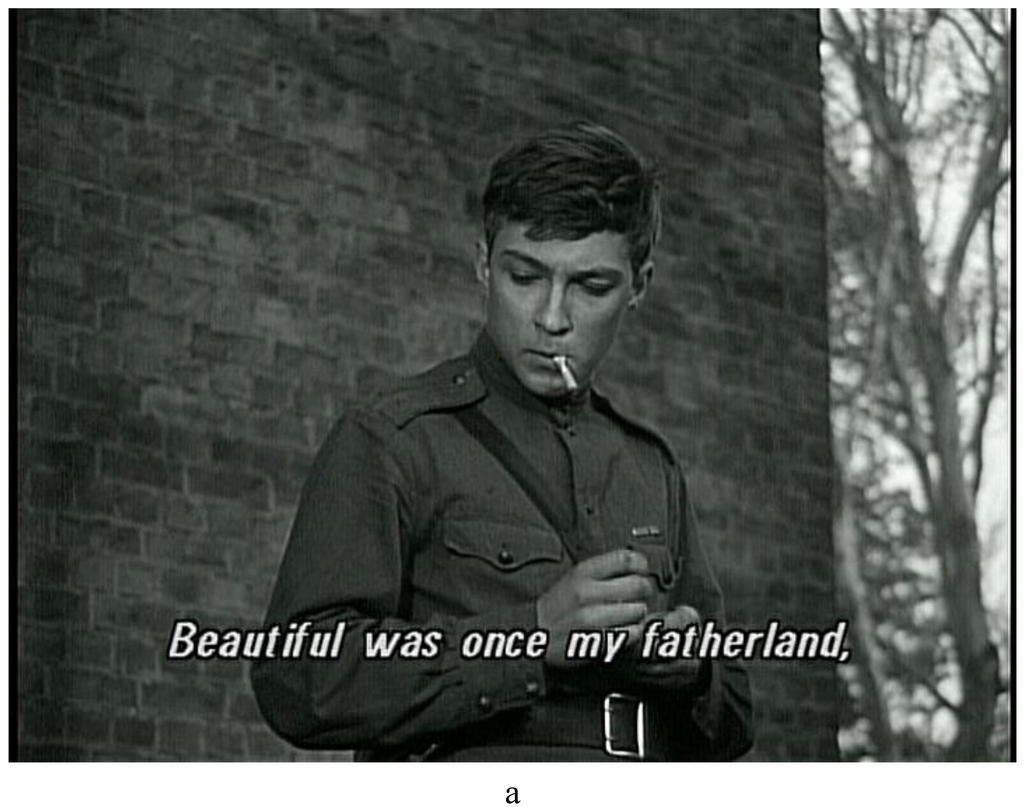 Ashkenazi, O. Homecoming as a National Founding Myth: Jewish Identity and German Landscapes in Konrad Wolf’s I was Nineteen. Religions 2012, 3, 130-150.


Ashkenazi O. Homecoming as a National Founding Myth: Jewish Identity and German Landscapes in Konrad Wolf’s I was Nineteen. Religions. 2012; 3(1):130-150.