Pedagogical Possibilities: A Review of Approaches to Undergraduate Teaching in Buddhist Studies
Previous Article in Journal

Integrating Contemplative and Ignatian Pedagogies in a Buddhist Studies Classroom

2. Collaboration #2: A Cluster of Linked Courses on “the Self”

3. Discussion: Moving from Multi- to Inter- to Metadisciplinarity

4. What Does Buddhist Studies Bring to a Metadisciplinary Conversation?

Earlier this year, Abington College launched a new minor called “Bioethics and Medical Humanities,” which we are hoping to expand to become a major in the near future. As I am one of the founding faculty members of this initiative, Buddhist studies is again at the center of an interdisciplinary collaboration on our campus. (Perhaps it is not ironic that one of the first conversations that led to the emergence of this program occurred between me and another colleague during a Tibetan sand mandala exhibition, itself a byproduct of the visualization course.)18 This new program brings together faculty in religious studies, history, Asian studies, composition, English literature, theater, studio arts, psychology, and the natural sciences. Our programming has included multiple events focusing on Asia, including guest lecturers speaking about medieval Chinese religious healing practices, Tibetan tantric responses to epidemics, and Sri Lankan apotropaics against COVID-19. My classes on Buddhism and medicine have become a core part of the program’s upper-level course offerings.
All of that being said, if the presence of Buddhist studies in this program is going to be anything more than a nod to cultural diversity, a mere token, the onus will be on me to convince my colleagues that Buddhist studies brings perspectives that are vitally important to the intellectual goals of the program as a whole. To do this, I will need not only to work with people across all of these fields to identify interdisciplinary synergies but will also need to make sure that the value of the disciplinary tools and approaches that I bring to the program is explicitly articulated in terms that are accessible to the participating faculty as well as college leadership. Of course, it behooves me to be seen as a collaborator who brings fresh ideas and intellectual clout, but I also want to be perceived as approachable, open-minded, and intellectually curious. I want to be known as someone who can help to design productive and meaningful collaborations, and who can be relied upon to mediate should any intellectual, intercultural, or interpersonal frictions arise. That is to say, in the long run, I need to have an eye not only on the interdisciplinary, but also on the metadisciplinary, dimensions of this collaboration. Happily, I am confident that I will be able to draw upon the field of Buddhist studies as a resource to help me in all of these areas.

I wish to thank the artists who contributed the works included in the article, as well as all of the faculty and student collaborators whose names are not mentioned in the article. Thanks also to the editor, Beverley Foulks McGuire, for connecting me with the scholarship on general education, and the anonymous reviewers for their valuable suggestions. 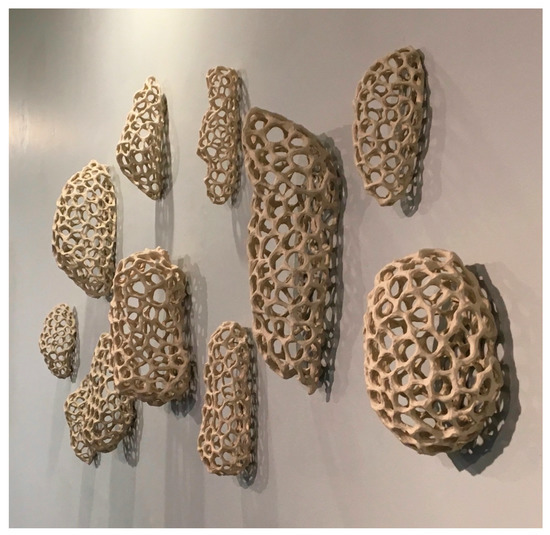 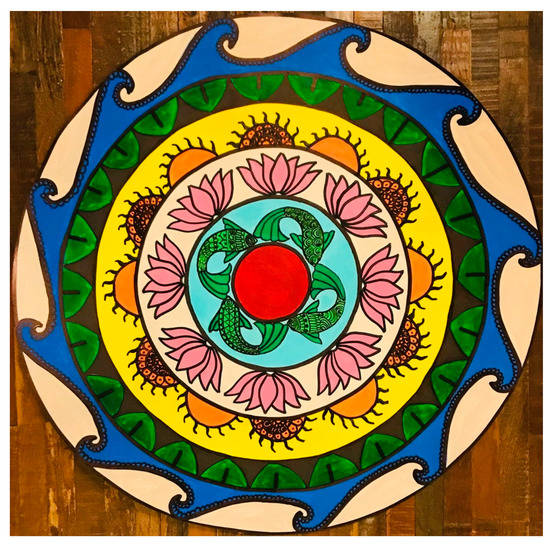