The Promise and Challenge of Multireligious Peacebuilding in the 21st Century: A Myanmar Case Study
Next Article in Special Issue

Tales of Endings and Beginnings: Cycles of Violence as a Leitmotif in the Narrative Structure of the Bhadrakāḷīmāhātmya
Previous Article in Special Issue

Sanctifying Domestic Space and Domesticating Sacred Space: Reading Ziyāra and Taṣliya in Light of the Domestic in the Early Modern Ottoman World

‘Make Your House like a Temple’: Gender, Space and Domestic Devotion in Medieval Florence

This article will discuss domestic devotions by framing them in terms of devotions carried out in the home, defined by its opposition to ecclesiastical, consecrated space. It will examine how women, considered the laity par excellence through their inability to ever attain sacerdotal authority, were advised spiritually by mendicant friars on how to lead a Christian life according to their status as wives, widows or virgins. It will look at the devotional literature that was widespread in mercantile homes and the devotional images designed to move the soul. This discussion will attempt to show the tensions between ecclesiastical and domestic spaces; between the clergy and the laity, and between the corporeal and spiritual worlds of late medieval devotion. It will argue that, despite clerical unease with the female and domestic space, the importance accorded to female piety by the mendicant orders at the close of the Middle Ages was such that women were entrusted with key educational roles in the family, even leading to the astonishing affirmation of them as ‘preachers’ within the borders of their households. View Full-Text
Keywords: mendicants; devotional texts; devotional art; female patronage; Florentine trecento mendicants; devotional texts; devotional art; female patronage; Florentine trecento
►▼ Show Figures 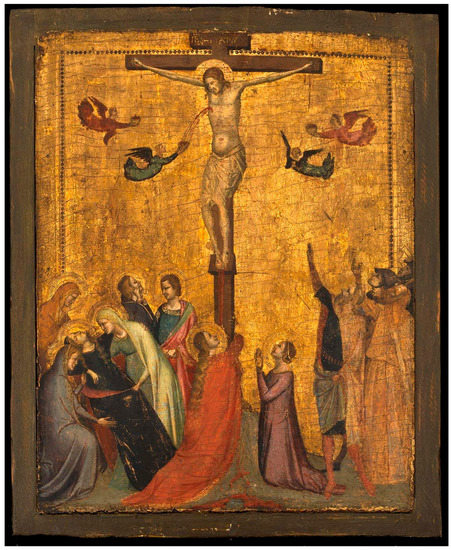