The Appropriation of Popular Culture: A Sensational Way of Practicing Evangelism of Korean Churches
Previous Article in Journal

The Cult in Shiloh during the Roman-Byzantine Period

This article reviews the historical sources and archeological finds concerning the cult in Shiloh in the Roman-Byzantine period. The study examines the transition to the Byzantine period and attempts to follow the conversion to Christianity in the region, with regard to both the holy site and the populace. Furthermore, the study explores the reasons for Shiloh’s sacred status as perceived by the Christians, who brought about the establishment of four churches on the site. An interesting development is the shift from identifying Shiloh’s location at Shiloh with Nabi Samwil in the Crusader period. A main point that emerges is the formation of a holy place. In the Early Roman period, Shiloh appears to have been recognized by the Jews, albeit with no evidence of any religious rituals, while in the Byzantine period, the place was recognized as a sacred place of worship with clear official backing, perhaps versus the Samaritans. Moreover, Shiloh was part of an overall process whereby Christian sites located in Samaria and mentioned mainly in the Old Testament were sanctified in order to influence the Christian image of this area. View Full-Text
Keywords: Ancient Shiloh; Archaeology; Byzantine period Ancient Shiloh; Archaeology; Byzantine period
►▼ Show Figures 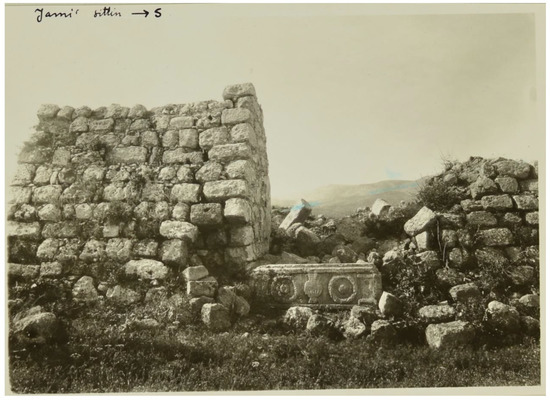