Damage to Myelin and Oligodendrocytes: A Role in Chronic Outcomes Following Traumatic Brain Injury?
Next Article in Special Issue

Reorganization and Stability for Motor and Language Areas Using Cortical Stimulation: Case Example and Review of the Literature
Previous Article in Journal

Potential abnormalities in the structure and function of the temporal lobes have been studied much less in bipolar disorder than in schizophrenia. This may not be justified because language-related symptoms, such as pressured speech and flight of ideas, and cognitive deficits in the domain of verbal memory are amongst the hallmark of bipolar disorder (BD), and contribution of temporal lobe dysfunction is therefore likely. In the current study, we examined resting-state functional connectivity (FC) between the auditory cortex (Heschl’s gyrus [HG], planum temporale [PT]) and whole brain using seed correlation analysis in n = 21 BD euthymic patients and n = 20 matched healthy controls and associated it with verbal memory performance. In comparison to controls BD patients showed decreased functional connectivity between Heschl’s gyrus and planum temporale and the left superior and middle temporal gyrus. Additionally, fronto-temporal functional connectivity with the right inferior frontal/precentral gyrus and the insula was increased in patients. Verbal episodic memory deficits in the investigated sample of BD patients and language-related symptoms might therefore be associated with a diminished FC within the auditory/temporal gyrus and a compensatory fronto-temporal pathway. View Full-Text
Keywords: resting-state fMRI; bipolar disorder; auditory network resting-state fMRI; bipolar disorder; auditory network
►▼ Show Figures 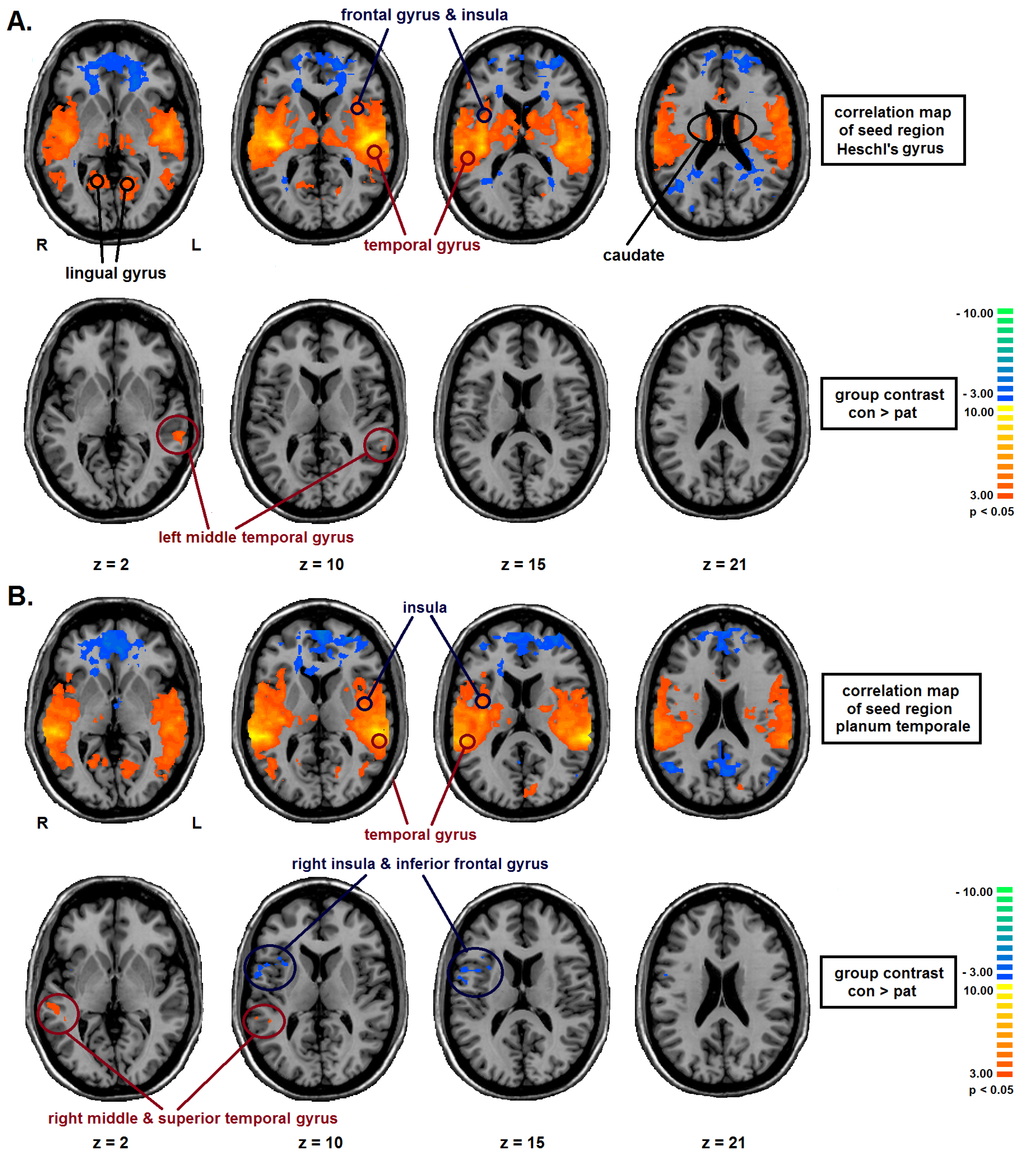