Telehealth in Neurodegenerative Diseases: Opportunities and Challenges for Patients and Physicians

Sarcoidosis is an autoimmune disease characterised by non-caseous granulomatous inflammation. The annual incidence in Denmark is seven cases per 105 individuals [1]. Approximately 5% of sarcoidosis patients have neurosarcoidosis (NS) [2], which has a heterogeneous clinical presentation and commonly involves cranial neuropathy, central nervous system (CNS) mass lesions, meningeal infiltration, aseptic meningitis, or myelitis [3,4]. Diagnosing NS is challenging as clinical symptoms may not reflect disease activity. Magnetic resonance imaging (MRI) and cerebrospinal fluid (CSF) findings are frequently non-specific [4,5], and only a few biomarkers have been investigated so far [6,7,8].
Neurofilaments (NF) are highly specific, and major structural neuronal cytoskeletal proteins that consist of four NF subunits. One subunit is the neurofilament light chain (NFL), which is exclusively found in neuronal cells [9]. Damage or disruption of the axonal membrane releases NFL via the extracellular space into the CSF and in lower concentrations to the blood [10]. The NFL is non-specific as to the cause of the CNS impact but can be used to measure disease activity and prognosis in several neurological diseases [11], infections [12], and head trauma [13].
This current study aims to investigate the clinical potential of NFL as a biomarker for disease activity in NS. Our objectives were (i) to compare CSF and plasma NFL levels among NS patients, extra-neurologic sarcoidosis (ENS) patients, and healthy controls (HCs), (ii) to compare CSF and plasma NFL levels in relation to MRI activity in the CNS, and (iii) to identify cut-offs in CSF and plasma NFL concentration that differentiate NS patients from ENS patients and HC and to define their specificity and sensitivity.

In this observational cross-sectional study, patients were consecutively recruited from the Department of Neurology and Rheumatology of Odense University Hospital between January 2016 and August 2020. The number of ENS participants was matched to the number of NS patients.
The inclusion criteria were patients aged 18 years or over, biopsy showing systemic granulomatous disease, and symptoms consistent with sarcoidosis in accordance with the American Thoracic Society and European Respiratory Society [14]. Patients were excluded if an alternative diagnosis could not be ruled out or if they were diagnosed with a polyneuropathy other than small-fibre neuropathy.
The patients were categorised as either NS patients or ENS patients. All NS patients fulfilled the criteria for highly probable NS of the World Association of Sarcoidosis and Other Granulomatous Diseases [15]. Inflammation was defined by MRI findings compatible with NS or CSF with leucocytosis over 5 × 103 cells/mL, protein elevation over 0.5 g/L, or presence of oligoclonal bands (OCB).
Healthy controls without any signs of neurological or systemic inflammatory diseases were recruited by the Department of Neurology.

Age, sex, medication, and chest X-ray findings were registered at baseline.
If NS was suspected, the patient underwent MRI scans and CSF examination. The CSF was analysed for cells, protein, and OCB. For biobanking, CSF samples were centrifuged at 450 G for 20 min, and plasma obtained from EDTA anticoagulated whole blood was centrifuged at 2000 G for 10 min. Both CSF and plasma were aliquoted in Sarstedt polypropylene tubes and stored at −80° Celsius until analysis.

The same neuroradiologist evaluated all MRI images. The MRI images were acquired with a 3-Tesla MRI scanner. The MRI scanning protocols include T2-weighted turbo spin-echo images, T1-weighted 3-dimensional (3-D) turbo field echo images, T2-weighted 3-D Flair sequence image, Diffusion-weighted imaging, Susceptibility weighted imaging sequence and T1-weighted 3-D sequence image after intravenous contrast. The MRI was graded by the number of affected anatomical sites visualised by post-contrast enhanced lesions. Supratentorial meningeal enhancement, infratentorial meningeal enhancement, parenchymal enhancement, and enhancing lesions in the cervical spine, thoracic spine, lumbar spine, or cauda equina all give one point each [8]. A score of 0 points was graded no enhancement, 1–2 points were graded mild enhancement, and a score of 3–6 points was graded moderate/severe enhancement.
NFL in the CSF and plasma were analysed using a commercially available NF Kit (Quanterix©, Billerica, MA, USA) for the Single Molecule Array (Simoa®) HD-1 Analyser) according to the manufacturer’s procedure. In-house CSF and plasma pools were used as internal controls and included in each assay for evaluating assay performance. The total coefficient of variation was <12%.

Continuous data were presented as the median and interquartile range (IQR). Kruskal–Wallis test was used for comparison between groups, and a Wilcoxon rank-sum test was used for pairwise comparisons.
Categorical data were reported as frequency and percentage and compared using Fisher’s exact test. Logistic regression and receiver operating characteristic (ROC) analysis were used to identify the cut-offs for CSF and plasma NFL concentration to differentiate NS patients from ENS patients and HC, and to define their specificity and sensitivity. All analyses were performed in Stata 16.1 (StataCorp LCC, College Station, TX, USA). A p-value below 0.05 was considered significant.

We included 20 patients with NS, 20 patients with ENS, and 11 HC (Table 1). The median age of NS patients was higher (51.6 years) than that of ENS patients (44.5 years) and especially of HC (37.0 years). The duration of symptoms before inclusion in the study was shorter in NS patients (median eight months) than ENS patients (33 months). None of the patients had severe comorbidities. The proportion of females was highest in the HC group. In NS patients, the most common neurological symptom was headache (n = 12) followed by vertigo (n = 11) and tinnitus (n = 10). Furthermore, objective pathological neurologic findings were nearly exclusively seen in NS patients. The two patient groups had similar numbers of patients on immunosuppression and distribution of X-rays stage.
CSF was examined in all the NS patients and the HCs, and the seven ENS patients with neurological symptoms. In NS patients, the CSF was abnormal in 95% (n = 19) of patients, where 16 patients had CSF pleocytosis (median cell counts 22.5 × 103 cells/mL; IQR 18.0–40.4), 17 patients had elevated protein levels (median 0.59 g/L; IQR 0.55–0.99), and OCB was present in six patients.
Among NS patients, 60% (n = 12) had abnormal findings on MRI, of which nine had abnormalities of the cerebrum, and ten had abnormalities of the medulla spinalis.

In this observational cross-sectional study, we investigated the NFL in CSF and plasma as a potential biomarker in NS. We found that NFL levels in both the CSF and plasma were higher in NS patients compared to levels in ENS patients and HC. The majority (75–80%) of NS patients had NFL levels in both CSF and plasma above our cut-off limit, in contrast to only one among ENS patients and none among HC. Furthermore, the NFL levels reflected the amount of inflammation visualised by MRI.
Different biomarkers have been studied in NS, e.g., angiotensin-converting enzyme [16,17], soluble interleukin-2 receptor (sIL-2R) [7,18], interleukin-6 (IL-6), interleukin-10 [6], and S100B [8,19]. sIL-2R, IL-6, and S100B have all been shown to be elevated in NS, but sIL-2R and IL-6 are non-specific, and S100B is not exclusively associated with neural cells [19]. NFL has the advantage of being specific for axonal damage but non-specific when it comes to aetiology [9]. Our study showed elevated CSF and plasma NFL in NS patients as an indication of axonal damage or disruption, in comparison to ENS patients and HC. NFL is often found to correlate with disease activity in various diseases causing neuroaxonal destruction [11], including autoimmune diseases. In systemic lupus erythematosus, increasing NFL concentrations have been associated with impaired psychomotor speed and motor function [20]. In primary Sjögrens syndrome and neuromyelitis optic spectrum disorders, the NFL concentrations have been associated with impaired motor function [20], and increasing disability [21]. In multiple sclerosis (MS) patients, NFL levels have been shown to correlate with future brain and cervical spinal volume loss [22]. Furthermore, a gradually increased NFL level relative to the number of enhancing lesions on MRI has been observed [23]. In line with this, we found a considerable elevation in both CSF and plasma NFL in NS patients with moderate/severe enhancement on MRI compared to patients with no or mild MRI enhancement. NFL is, therefore, a potential biomarker that could be useful in the management of NS and supplementary to MRI.
We used ROC analysis to establish a cut-off NFL concentration in CSF and plasma that could differentiate between NS patients and the two other groups. Although the inflammatory processes are different in MS patients, the cut-off limits were nearly the same [24], and the limits showed a good ability to distinguish NS patients from ENS patients and HC.
The limitations of this study were the small number of patients due to the low incidence of NS, even in a highly specialised university clinic. The three groups had different sex and age distributions. NFL is not influenced by sex [23], but older age is associated with increased levels of NFL, although this is mostly in patients over 55 years of age. The median age in all three groups was below this age, and it is, therefore, unlikely that age would have affected the NFL levels in this study [25]. Since CSF examinations were only performed in patients with neurological symptoms, CSF was examined in seven out of 20 ENS patients, which may weaken the statistical analyses.

This study has demonstrated that NFL is a potential biomarker in neurosarcoidosis that can help distinguish these patients from extra-neurologic sarcoidosis patients and healthy controls. In addition, the NFL level in both CSF and plasma reflected the inflammatory activity on MRI. Further extensive studies are required to evaluate NFL as a screening biomarker for neurosarcoidosis and its potential as a biomarker for disease activity and prognosis.

The data underlying this article will be shared on reasonable request to the corresponding author. 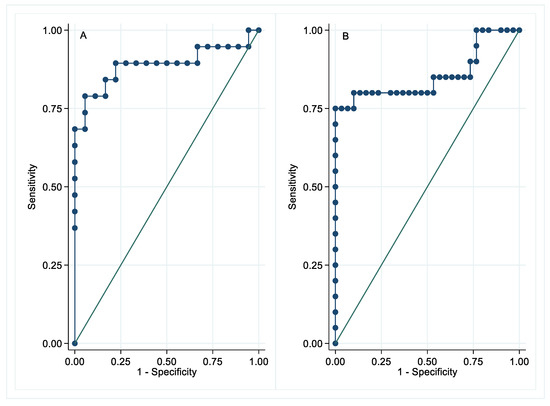 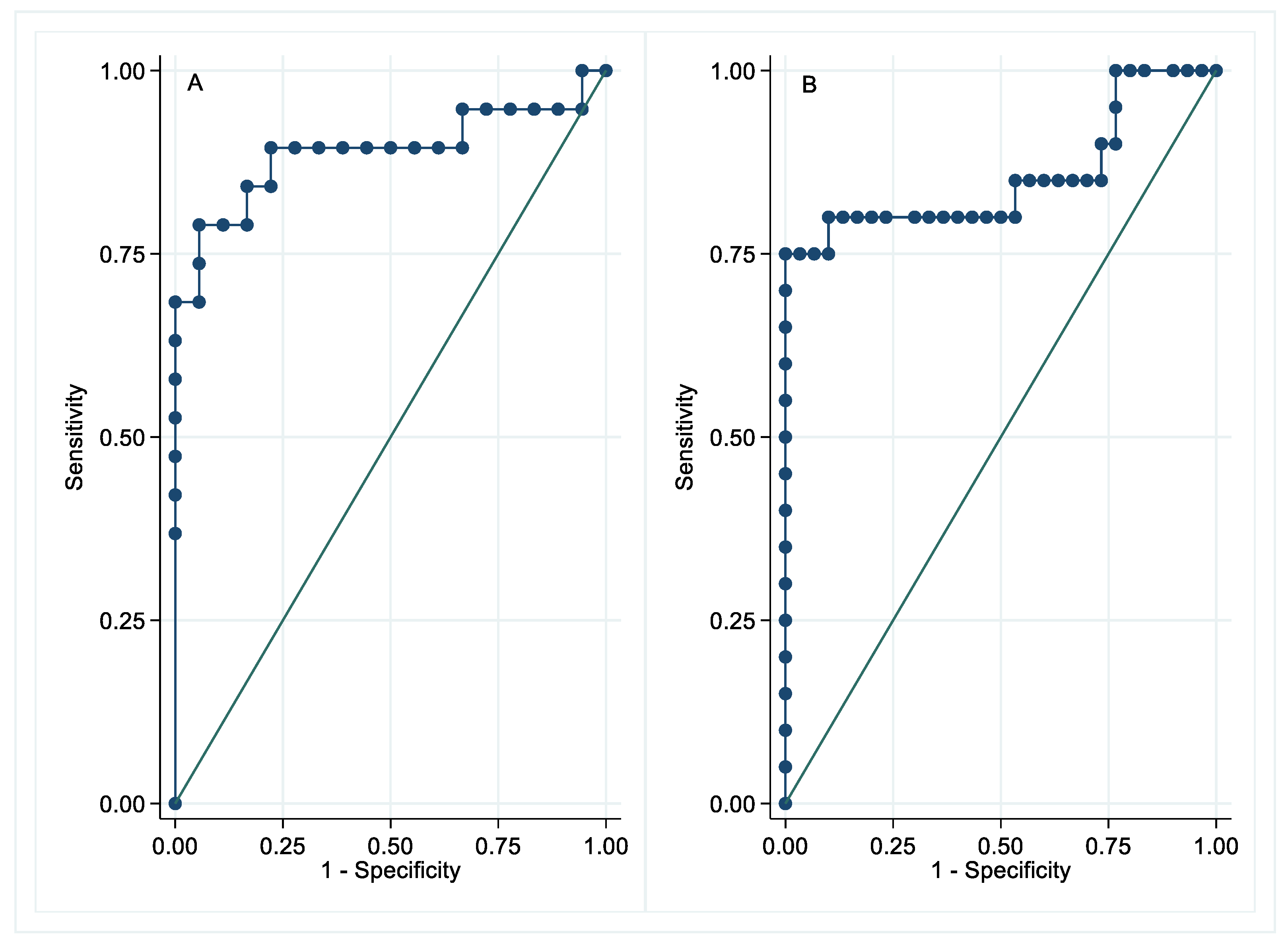