On Heterogeneous and Homogeneous Networks in a Multilayered Reality: Clashing Interests in the Ethnic Enclave of Lloret de Mar

Over the last decade, the tourist destination of Lloret de Mar (Gerona, Spain) has experienced an increasing concentration of souvenir stores owned by a population of Indian origin. Although Lloret de Mar is already a multicultural spot, Indians represent a small minority in Spain. In order to explain such a remarkable concentration and economic specialization in a low profit sector, we suggest the emergence of an ethnic enclave based on a triple articulation (entrepreneurs, employees and the local community). Our findings provide support for the mixed-embeddedness hypothesis, which contends that ethnic entrepreneurs in Europe need to rely on both the co-ethnic social networks and the linkages with the host society in order to run their business successfully. However, differential degrees of social integration amongst Indians themselves—clearly shown by the composition of their social networks—and between local dwellers and Indians suggest confronting interests amongst social agents in a highly complex and micro-social touristic site undergoing deep economic crisis. Throughout, a mixed-methods approach in the paper reveals the unequal social structure of the enclave, providing a better theoretical understanding of the difficulties and backgrounds in which minority migrant groups develop and expand their social relationships in the “host society”. View Full-Text
Keywords: ethnic enclave; social integration; local conflict; personal networks; social ties; Lloret de Mar; transnationalism ethnic enclave; social integration; local conflict; personal networks; social ties; Lloret de Mar; transnationalism
►▼ Show Figures 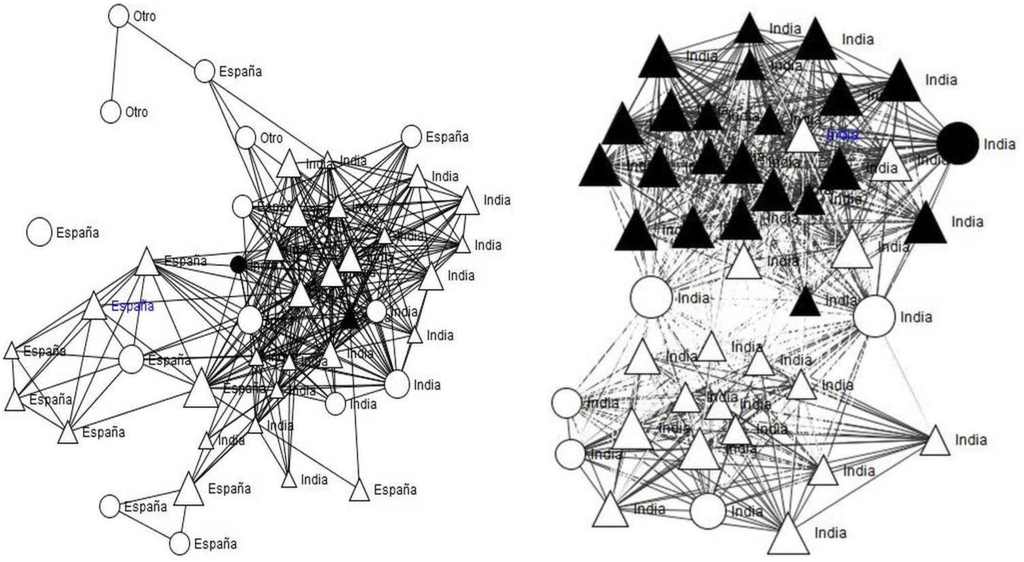