Since 2006, beekeepers have reported increased losses of Apis mellifera colonies, and one factor that has been potentially implicated in these losses is the microsporidian Nosema ceranae. Since N. ceranae is a fairly recently discovered parasite, there is little knowledge of the variation in infection levels among individual workers within a colony. In this study we examined the levels of infection in individual bees from five colonies over three seasons using both spore counting and quantitative real-time PCR. The results show considerable intra-colony variation in infection intensity among individual workers with a higher percentage of low-level infections detected by PCR than by spore counting. Colonies generally had the highest percentage of infected bees in early summer (June) and the lowest levels in the fall (September). Nosema apis was detected in only 16/705 bees (2.3%) and always as a low-level co-infection with N. ceranae. The results also indicate that intra-colony variation in infection levels could influence the accuracy of Nosema diagnosis. View Full-Text
Keywords: Nosema ceranae; Nosema apis; Apis mellifera; real-time PCR; spore count; variability Nosema ceranae; Nosema apis; Apis mellifera; real-time PCR; spore count; variability
►▼ Show Figures 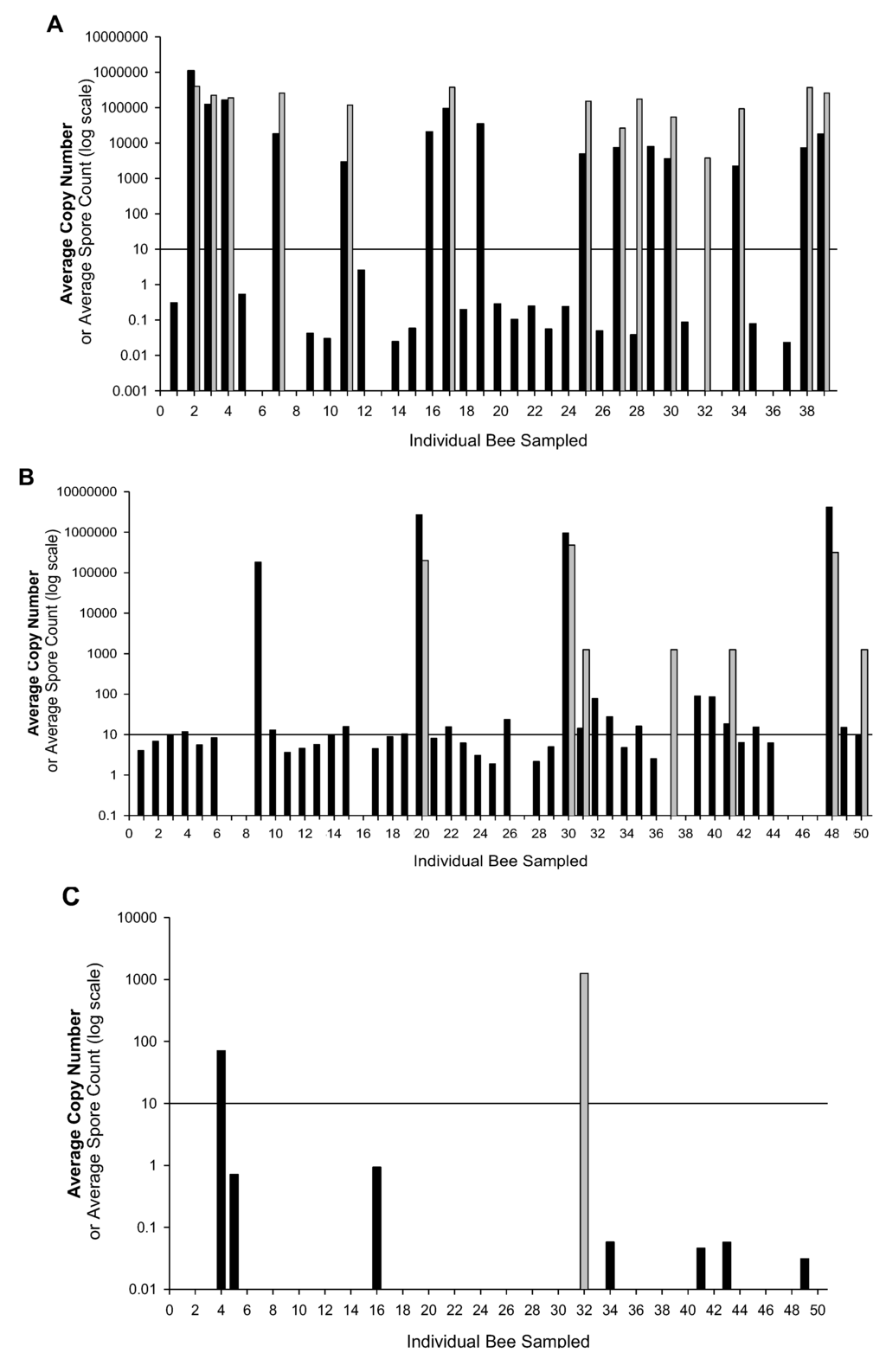