Aedes Mosquito Distribution along a Transect from Rural to Urban Settings in Yaoundé, Cameroon

Vector surveillance is key for the prevention of arbovirus disease outbreaks. In the present study, the distribution of the Aedes vector population between the city centre and a close rural setting was assessed. Larval mosquito collections were undertaken from November 2019 to November 2020 along a transect from the rural area to the city centre. All containers with water were inspected. Some entomological indices evaluating transmission risk were estimated. A total of 6332 mosquito larvae were collected. Different Aedes species were recorded, including Ae. albopictus, Ae. aegytpi, Ae. simpsoni and Aedes spp. The density of mosquitoes collected during the rainy season (4706) was high compared to the dry season (1626). Ae. albopictus was the most abundant Aedes species in the urban (96.89%) and peri-urban (95.09%) sites while Ae. aegypti was the most abundant species in rural settings (68.56%). Ae. Albopictus preferred breeding habitats were discarded tires (42.51%), whereas Ae. aegypti was more prevalent in plastic containers used for storing water (65.87%). High stegomyia indexes traducing a high arbovirus transmission risk were recorded. The study suggests a high frequency of Aedes species in Yaoundé and its neighbourhood and stresses the need for urgent action to control Aedes populations in the city of Yaoundé. 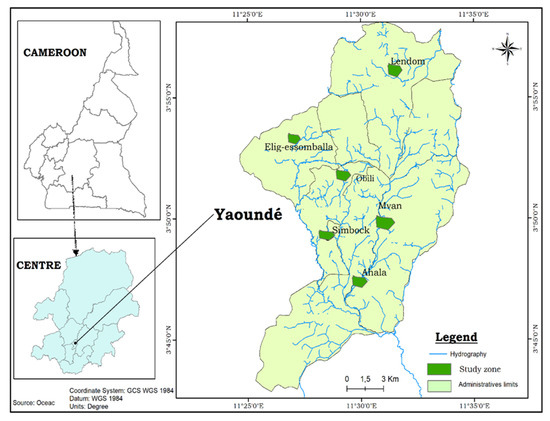