Polarization Monitoring of the Lens System JVAS B0218+357

This paper describes a personal view of the discovery of radio jets in celestial radio sources. The existence of narrow, collimated optical features in distant objects has been known about since the early 20th century; however, the advent of radio astronomy in the 1940s and 1950s revealed the existence of a large number of discrete radio sources. The realization that many of these objects were not primarily stellar or local to our own galaxy, but rather extragalactic, followed the determination of accurate radio positions, enabling identifications with optical objects. High-resolution radio interferometers found that they were often compact, and with a double lobed structure, implying outflow from a central object. Shortly afterwards, accurate techniques for the measurement of polarization were developed. However it was not until the advent of synthesis instruments in the 1970s that radio images of the sources were produced, and the existence of radio jets firmly established and their polarization characteristics found. View Full-Text
Keywords: extragalactic radio sources; radio jets; polarization; radio interferometers extragalactic radio sources; radio jets; polarization; radio interferometers
►▼ Show Figures 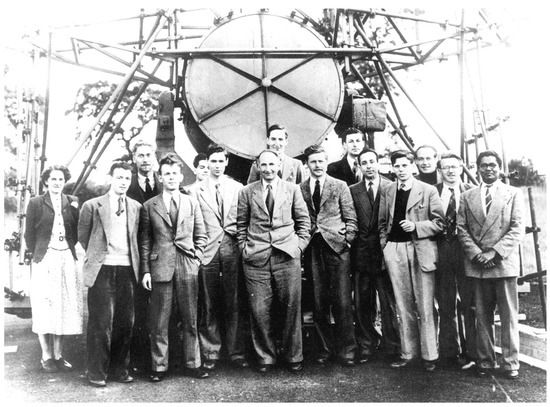