The FLO Diffusive 1D-2D Model for Simulation of River Flooding

Given increasing concern about seeking solutions to water scarcity and pollution (WSP), this paper is intent on developing significant assessment indicators as decision variables for providing reference for policy proposals on the mitigation of WSP. An indicator package consisting of footprints of freshwater consumption (FC) and water pollutant discharge (WPD), virtual contents of freshwater and water pollutants, and inter-sectoral linkages in terms of industrial production, FC and WPD has been newly set up based on an extended input-output model. These indicators allow to provide specific and well-structured analysis on FC, WPD and the economy as well as their implicated interrelationships. The Source Region of Liao River located in northeastern China was selected as an empirical study area to apply the indicator package. The results indicate that farming and production of electricity industries are major contributors to FC; farming and breeding industries, and households are major contributors to WPD. The study area exports a large amount of net virtual total nitrogen, total phosphorus and chemical oxygen demand (29.01 × 103 t, 4.66 × 103 t, 60.38 × 103 t, respectively). Farming and breeding industries are the sectors whose production could be constrained to contribute to mitigating WSP without excessive negative impacts on the economy. Two categories of policies have been proposed to mitigate WSP based on the analysis of the indicator package. One is to introduce direct water pollutant treatment and water-saving policies to the target sectors; the other is to adjust industrial structure. The integrated indicator package developed and the methodology presented are expected to provide policy researchers and decision makers with references for more sound water management. View Full-Text
Keywords: water pollutant discharge; freshwater consumption; footprints; inter-sectoral linkages; input-output; industrial restructuring water pollutant discharge; freshwater consumption; footprints; inter-sectoral linkages; input-output; industrial restructuring
►▼ Show Figures 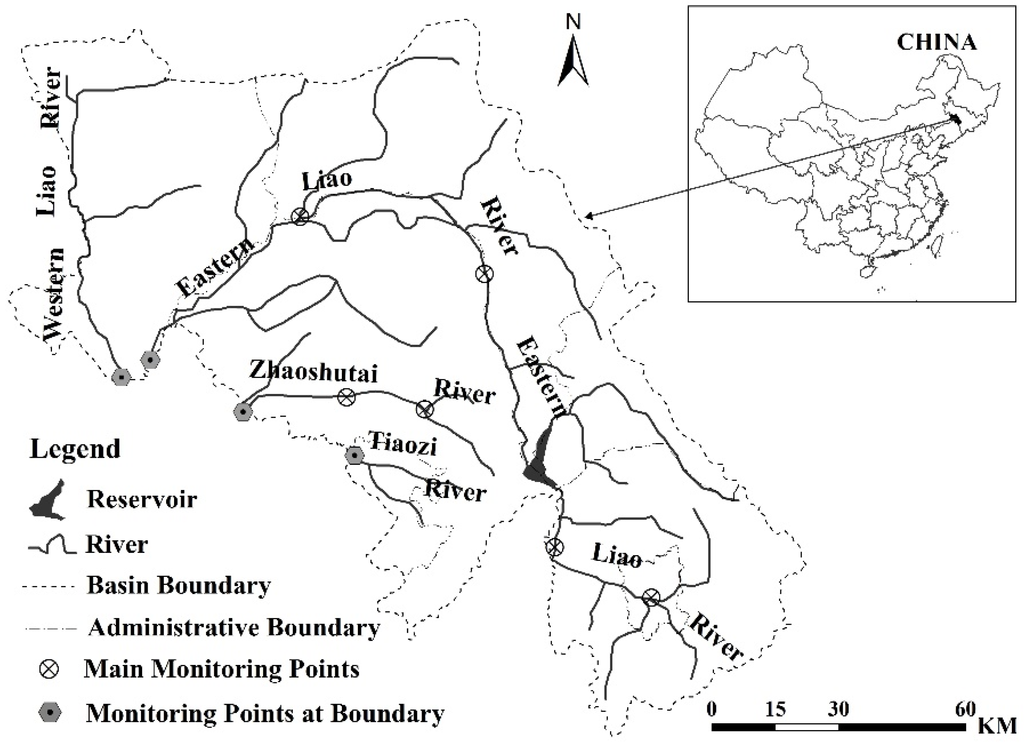