Potential Impacts of Climate Change on Water Resources in the Kunhar River Basin, Pakistan
Next Article in Special Issue

Little is known about the functions of N:P ratios in determining trophic structures and ecological health in lotic ecosystems, even though N:P ratios have been frequently used as a stoichiometric determinant in ambient water for trophic allocation of low-level organisms such as phytoplankton or zooplankton. In this study, nutrients (N, P) and sestonic chlorophyll (CHL) from 40 different streams in the Geum-River watershed were measured from 2008 to 2011. Fish compositions and stream health were also assessed, based on the multi-metric modeling of an index of biological integrity. Land use patterns in these watersheds were a key factor regulating nutrient contents and N:P ratios in ambient water, and also influenced empirical relationships between N:P ratios (or nutrients) and sestonic CHL. Land use patterns in forested, urban and wastewater treatment plant regions were associated with significant differences in stream N:P ratios, and the ratios were mainly determined by phosphorus. Sestonic CHL was significantly correlated with nutrient level (N, P); the ratios had a positive linear relationship with the proportion of omnivores, and a negative relationship with the proportion of insectivores. A similar trend in the N:P ratios was observed in indicator fishes such as N. koreanus and Z. platypus. Overall, the N:P ratio may be a good surrogate variable of ambient concentrations of N or P in assessing trophic linkage and diagnosing the ecological stream health in aquatic ecosystems. View Full-Text
Keywords: N:P ratios; water chemistry; fish trophic compositions; stream ecosystem health N:P ratios; water chemistry; fish trophic compositions; stream ecosystem health
►▼ Show Figures 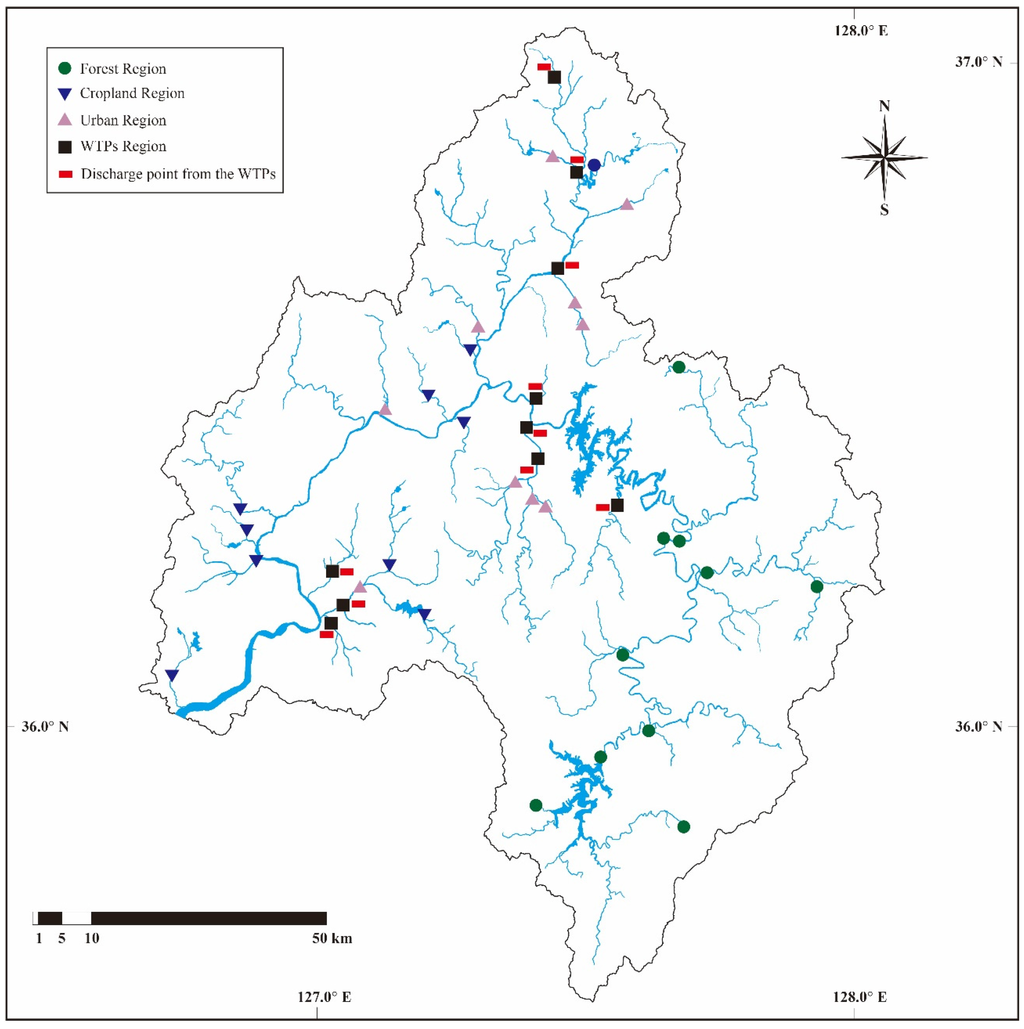