In view of the potential soil leaching risk of the reuse of fertilizer reclaimed from micro-flush sanitary wastewater, the batch tests of soil adsorption and degradation, soil column percolation test and multi-stage soil box percolation test were adopted. The characteristics of leachate after the interaction between reclaimed fertilizer and soil, as well as the changes of soil attributes in the soil box system, were analyzed. After obtaining the correlation coefficients of solute transport in soil through the above experiments, the HYDRUS-1D model was constructed to simulate the solute migration and transformation in the soil with a duration of 1 year and a soil thickness of 5 m. The impacts of leachate on groundwater and soil were analyzed. The results showed that the adsorption intensity of total ammonia nitrogen (TAN) () in the tested soil was lower than that of chemical oxygen demand (COD) (). The HYDRUS prediction showed that concentrations of TAN and COD at the soil depth of 5 m were 0, while total nitrogen (TN) still had a concentration of 0.11 mg/L. However, the TN leaching into the deep soil mainly came from the soil itself. The TAN at 3.4 m soil showed an upward trend in the prediction period. In addition, the reuse of reclaimed fertilizer can expand the soil nutrient inventory, which is conducive to the improvement of soil fertility. It can be concluded that the soil leaching risk of reuse of reclaimed fertilizer is not significant in the short term (one year). However, the risk of fertilization on soil with high-nitrogen background value should be paid attention to in the long term. View Full-Text
Keywords: toilet and kitchen wastewater; reuse of reclaimed fertilizer; soil leaching; groundwater contamination; HYDRUS-1D prediction; risk control toilet and kitchen wastewater; reuse of reclaimed fertilizer; soil leaching; groundwater contamination; HYDRUS-1D prediction; risk control
►▼ Show Figures 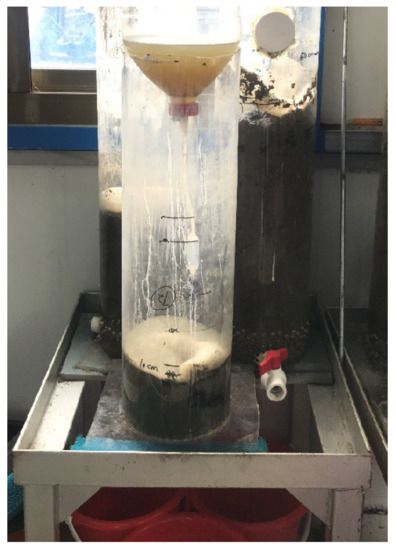