Anthropogenic activities are affecting marine ecosystems, notably coastal ones, in multiple ways and at increasing rates, leading to habitat degradation, loss of biodiversity, and greater exposure of flora and fauna to chemical contaminants, with serious effects on ocean health. Chemical pollution, in particular, is a significant negative stressor for aquatic ecosystems, both oceanic and coastal, and has recently been identified as a priority for conservation efforts. Metals and metalloids, in particular, present environmental persistence, bioavailability, tendency to bioaccumulate along the trophic chain, and potential toxic effects. However, the current scenario of climate change is increasingly affecting the aquatic environment, altering water mass flows and the transport of pollutants, aggravating toxic effects and ecological risks. Moreover, although traditional sources of contamination have been studied for decades, many knowledge gaps persist, in addition to the emerging effects of climate change that are still poorly studied. In this regard, this review aims to discuss climate change implications for metal and metalloid dynamics in aquatic ecosystems and its context within the Decade of Ocean Sciences. We also discuss how an increasing interest in plastic pollution has led to contamination by metals and metalloids being neglected, requiring mutual efforts to move forward in the understating of the negative and often lethal impacts of this type of pollutants, thus aiming at prioritizing contamination by metals and metalloids not just in the oceans, but in all water bodies. View Full-Text
Keywords: United Nations; ocean conservancy; pollution; physiology; policy United Nations; ocean conservancy; pollution; physiology; policy
►▼ Show Figures 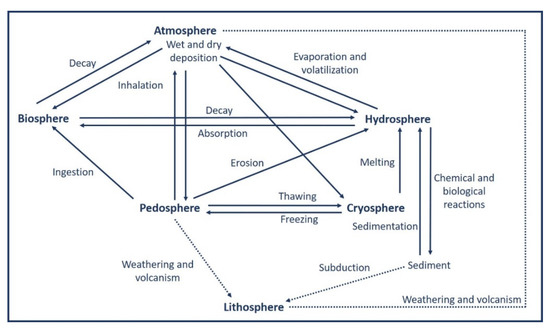