Seasonal Differences in the Hydrochemical Characteristics of Karst Wetlands and the Associated Mechanisms in Huixian, China 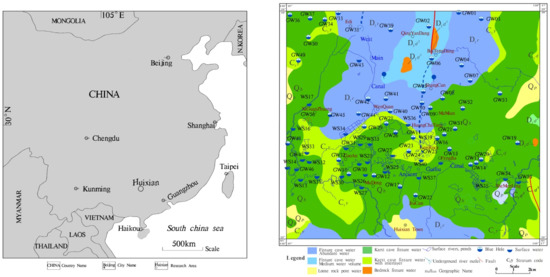