Pharmaceuticals as Emerging Pollutants in the Reclaimed Wastewater Used in Irrigation and Their Effects on Plants, Soils, and Groundwater

Membrane bioreactors (MBRs) are widely used to treat wastewater, mainly due to the production of high-quality effluent. However, biofilm forming on the surface of membranes can cause many problems, which remains one of the major limitations of this technique. Bacterial quorum quenching (QQ) has been proven to be a successful strategy to control biofouling in MBRs. However, for many QQ bacterial isolates, the detailed degradation rates of acyl homoserine lactones (AHLs) have rarely been reported. Therefore, this study aimed to isolate potential QQ bacteria and investigate their degradation rates against eight different AHLs. Results showed that four isolates (A9, A12, B11, and D3) exhibited consistent C8-HSL–(N-octanoyl-L-homoserine lactone) removal capabilities. These four isolates removed at least 70% of all AHLs tested within 180 min. They might have different QQ enzymes, based on our observation that the locations of enzyme activities differed. The bacteria most closely related to A9, A12, and B11 were Brucella anthropic, Bacillus cereus, and Bacillus toyonensis, respectively. Bacillus species have shown QQ activity in many studies, but AHL-reducing Brucella species have not been previously reported. Overall, this study extends our current knowledge of QQ bacteria that could be used to mitigate biofilm formation on MBR membranes. View Full-Text
Keywords: acyl homoserine lactone; quorum quenching; biofouling; membrane bioreactor acyl homoserine lactone; quorum quenching; biofouling; membrane bioreactor
►▼ Show Figures 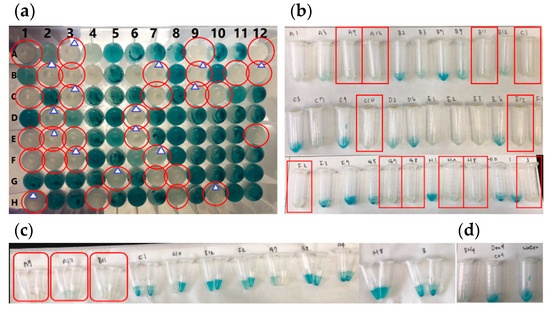