With the increasing depletion of petroleum resources, the exploitation of low-cost biorenewables, bioresource has received great attention [1,2]. Cellulose, as the most abundant renewable resource in nature, has been regarded as a potential alternative to fossil resource. However, cellulose is extremely difficult to dissolve in water and most conventional organic solvents due to the close packing by numerous inter- and intra-molecular hydrogen bonds. Therefore, many possible applications of this cheap and abundant natural resource are limited. To tackle the issue, great efforts have been made in the scientific community in recent years, and a series of cellulose solvents have been developed such as N-methylmorpholine-N-oxide, lithium chloride + N,N-dimethylacetamide, tetrabutyl ammonium fluoride + dimethyl sulfoxide DMSO, NaOH/Thiourea, etc. [3,4,5,6].
In recent years, ionic liquids (ILs), especially imidazolium-based carboxylate ILs have received considerable attention due to their powerful capacity for cellulose dissolution [7,8,9,10,11,12]. Recently, some efforts have been made to develop more efficient cellulose solvent systems by adding co-solvents to ILs. For example, Rinaldi developed solvent systems (1-butyl-3-methylimidazolium chloride + aprotic polar solvent including dimethyl sulfoxide DMSO, N,N-dimethylformamide DMF, etc.) which have lower viscosity and higher dissolving rate than neat ILs [13]. Later on, Xu et al. found that 1-butyl-3-methylimidazolium acetate [Bmim][CH3COO] + DMSO (DMF or N,N-dimethylacetamide DMAc) solvents could effectively dissolve cellulose at ambient temperature without any heating [14,15,16]. Sun et al. developed tetrabutylammonium acetate/dimethyl sulfoxide (TBAA/DMSO) solvent which could dissolve cellulose and spin cellulose fibers by a wet spinning system [17]. Rein et al. investigated the structure of cellulose in 1-ethyl-3-methylimidazolium acetate [Emim][CH3COO] + DMSO/DMF solvent and found that cellulose was dissolved molecularly in the solvents [18].
It has been reported that 1-allyl-3-methylimidazolium acetate [Amim][CH3COO] displays powerful dissolution capacity for cellulose even at ambient temperature [8]. Nevertheless, neat [Amim][CH3COO] is slightly viscous which is not conducive to cellulose dispersion despite less viscosity than the chloride/bromide-based IL counterparts [19]. As mentioned above, the addition of aprotic polar solvent to IL can significantly not only improve cellulose solubility but reduce solvent viscosity and thus improve the mass transport and kinetics of dissolution. However, aprotic polar solvents are volatile organic compounds which are easily lost to the environment and cause environmental pollution. Moreover, the aprotic polar solvents + IL solvents are difficult to recover and recycle. To tackle the issue, adding a cosolvent with negligible vapor pressure instead of a volatile organic solvent is a promising strategy.
Therefore, in the present work, novel [Amim][CH3COO]/PEG solvents were developed by adding PEG-200 to [Amim][CH3COO]. The selection of PEG-200 is based on the fact that, PEG-200 is a nonvolatile, biodegradable, corrosion inhibiting, cheap and easily obtained molecular solvent, which has been approved by the FDA for internal consumption. Moreover, PEG was reported to be a hydrogen-bonding acceptor that prevents the re-association of hydroxyl groups of cellulose forming gel, and the chains of the PEG make its repeat units difficult to be extruded out from solution compared with small molecules such as urea or thiourea, by the self-association of cellulose molecules, which results in the stability of the cellulose solution [20]. At the same time, the solubilities of cellulose in [Amim][CH3COO]/PEG solvents were determined. 13C NMR technique was employed to investigate the possible dissolution mechanism of cellulose in [Amim][CH3COO]/PEG solvent. Additionally, the regenerated cellulose films from [Amim][CH3COO]/PEG solvent were characterized by scanning electron microscopy (SEM), X-ray diffraction (XRD), attenuated total reflectance Fourier transform infrared spectroscopy (ATR-FTIR), and thermogravimetric analysis (TGA).

Microcrystalline cellulose (MCC) with a 270 viscosity-average degree of polymerization (DP) was purchased from Sigma Aldrich Company (Shanghai, China). Polyethylene glycol (PEG) with a number-average molecular weight of 200 was purchased from Shanghai Jingchun Biotechnology Co. Ltd. (Shanghai, China). Deuterated DMSO (DMSO-d6) (>99.9%) used for NMR samples was purchased from Qingdao Weibo Tenglong Technology Co., Ltd. (Qingdao, China). The above materials were used as received without further purification. [Amim][CH3COO] was synthesized and purified by using the procedure described in the literature [14].

2.2. Dissolution of Cellulose in [Amim][CH3COO]/PEG Solvents

3.4. Properties of the Regenerated Cellulose Films

Low viscous and efficient solvents ([Amim][CH3COO]/PEG) have been developed, which are advantageous for processing/fabricating cellulose materials in practical applications. Moreover, the solvents have negligible vapor pressures and can be recycled, which can enable sustainable production, lower energy consumption and costs, as well as reducing possible harm to the environment. The possible dissolution mechanism for cellulose is suggested to be that the [CH3COO]– anion and [Amim]+ cation of [Amim][CH3COO] in [Amim][CH3COO]/PEG solvent mainly contribute to cellulose dissolution. By changing cellulose processing strategies, the architecture structure of the regenerated cellulose material can be modified. Moreover, there are no chemical reactions between lignin and [Amim][CH3COO]/PEG. In addition, TGA findings indicate that the regenerated cellulose exhibits good thermal stability compared to the original cellulose. 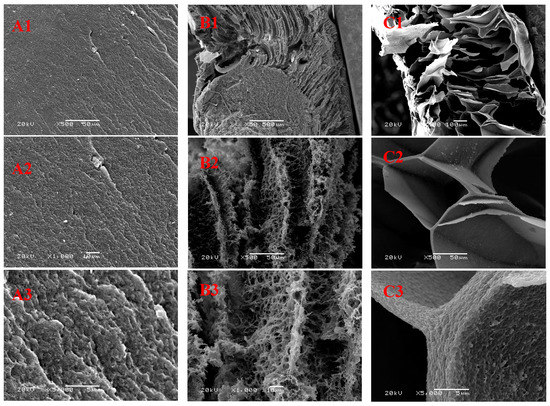 Table 1. Solubility of microcrystalline cellulose in the ILs at different temperatures.