In this study, polyaspartamide-based hydrogels were synthesized by boron-catechol coordination followed by incorporation of AgNPs into the materials. Free catechol moieties were exploited to produce AgNPs. TEM analyses displayed AgNPs of less than 20 nm in diameter and with minimum aggregation, attesting the role of hydrogels to act as an efficient template for the production of dispersed particles. XRD analyses confirmed the mean particle size using the Scherrer equation. Release kinetic studies were performed in DMEM medium, showing a slow release over a long time-period. Finally, the MIC and MBC were determined, demonstrating a bacteriostatic and bactericidal effect against Gram-positive S. aureus and Gram-negative E. coli. View Full-Text
Keywords: hydrogel; polyaspartamide; catechol; silver; antimicrobial hydrogel; polyaspartamide; catechol; silver; antimicrobial
►▼ Show Figures 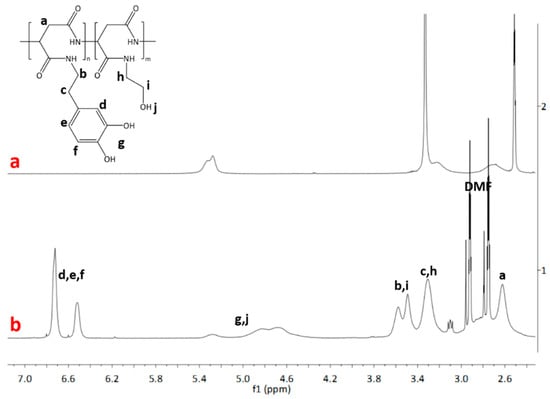