Tetanus: Pathophysiology, Treatment, and the Possibility of Using Botulinum Toxin against Tetanus-Induced Rigidity and Spasms
Previous Article in Journal

Off Label Use of Botulinum Toxin in Children under Two Years of Age: A Systematic Review

The treatment of children with cerebral palsy with Botulinum Toxin is considered safe and effective, but is only approved for children older than two years of age. The effect of BoNT-A injection on juvenile skeletal muscle especially on neuromuscular junction density, distribution and morphology is poorly delineated and concerns of irreversible damage to the motor endplates especially in young children exist. In contrast, earlier treatment could be appropriate to improve the attainment of motor milestones and general motor development. This review systematically analyzes the evidence regarding this hypothesis. A database search, including PubMed and Medline databases, was performed and all randomized controlled trials (RCTs) comparing the efficacy of Botulinum Toxin in children younger than two years were identified. Two authors independently extracted the data and the methods of all identified trials were assessed. Three RCTs met the inclusion criteria. The results of the analysis revealed an improvement in spasticity of the upper and lower extremities as well as in the range of motion in the joints of the lower limbs. However, evidence of an improvement of general motor development could not be found, as the assessment of this area was not completely specified for this patient group. Based on available evidence it can not be concluded that Botulinum Toxin treatment in children younger than two years improves the achievement of motor milestones. However, there is evidence for the reduction of spasticity, avoiding contractures and delaying surgery. Due to some limitations, the results of this review should be cautiously interpreted. More studies, long-term follow up independent high-quality RCTs with effectiveness analyses are needed. View Full-Text
Keywords: botulinum toxin A; cerebral palsy; CP; multi-level treatment; key-muscle concept; infants; toddlers; motor development; motor milestones botulinum toxin A; cerebral palsy; CP; multi-level treatment; key-muscle concept; infants; toddlers; motor development; motor milestones
►▼ Show Figures 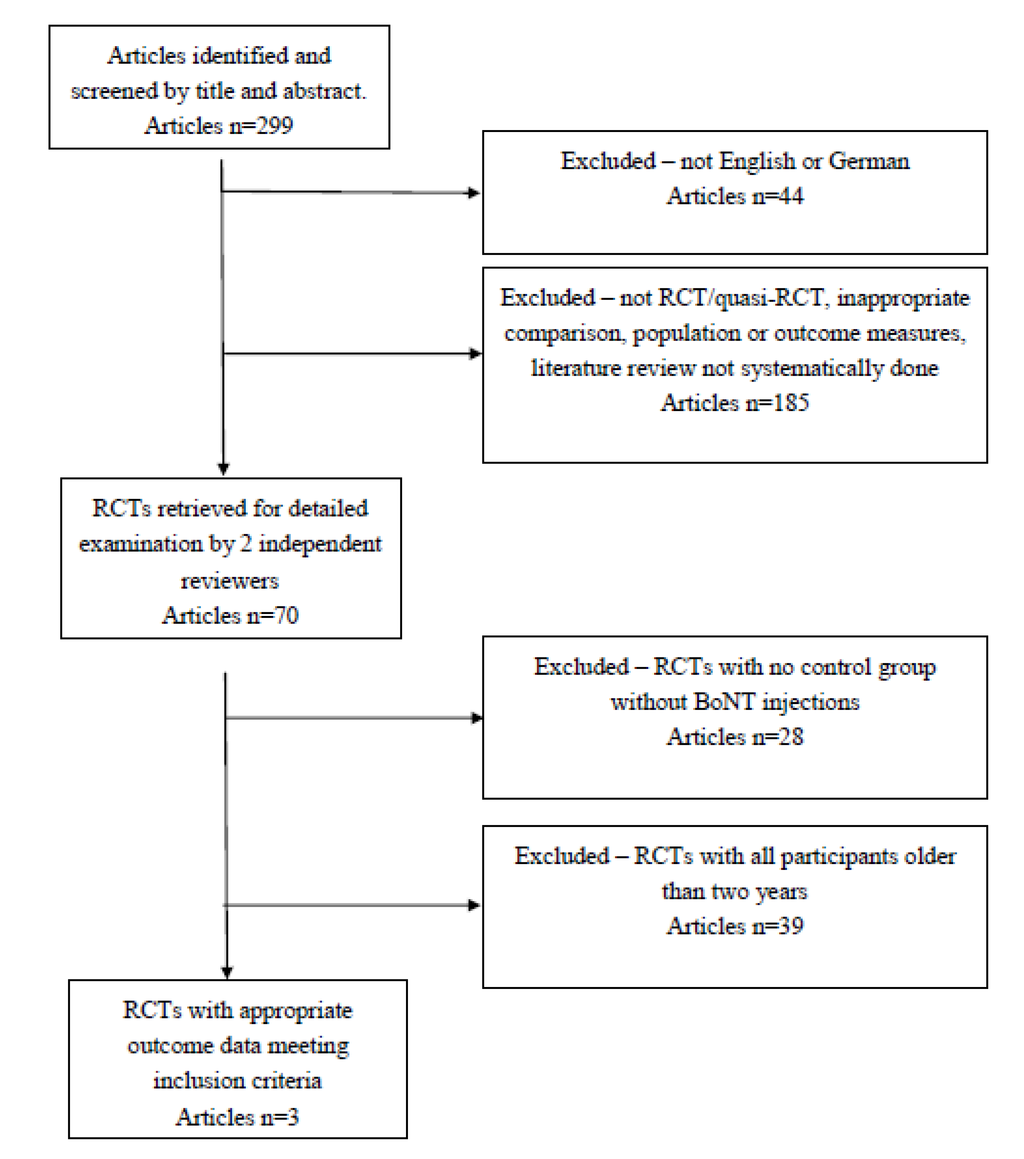