Ochratoxin A in Portugal: A Review to Assess Human Exposure
Previous Article in Journal / Special Issue

Ochratoxin A Producing Species in the Genus Penicillium

Ochratoxin A in Moroccan Foods: Occurrence and Legislation

Ochratoxin A (OTA) is secondary metabolite naturally produced in food and feed by toxigenic fungi, especially some Aspergillus species and Penicillium verucosum. OTA is one of the most studied mycotoxins and is of great interest due to its toxic effects on human and animals. OTA is produced in different food and feed matrices and contaminates a large range of base foods including cereals and derivatives, spices, dried fruits, wine and coffee, etc. Morocco, a North African country, has a climate characterized by high humidity and temperature, which probably favors the growth of molds. This contribution gives an overview of principal investigations about the presence of OTA in foods available in Morocco. Due to its toxicity, OTA presence is increasingly regulated worldwide, especially in countries of the European Union. However, up until now, no regulation limits were in force in Morocco, probably due to the ignorance of the health and economic problems resulting from OTA contamination. Finally, recommendations and future research directions are given required to assess the situation completely. View Full-Text
Keywords: ochratoxin A; occurrence; legislation; food; Morocco ochratoxin A; occurrence; legislation; food; Morocco
►▼ Show Figures 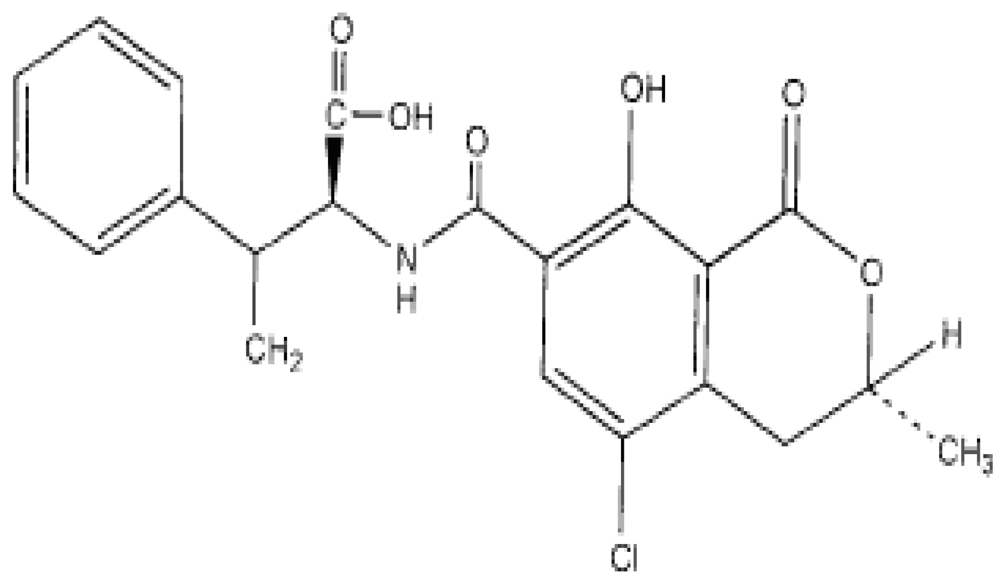