A Preliminary Analysis of Tympanometric Parameters in a Local Multiethnic Population

Purpose: We aimed to evaluate the results of Tinnitus Retraining Therapy (TRT) in patients who did not complete the program. Methods: We divided 90 patients who failed to complete the TRT program were into 3 groups: 36 patients who only completed the first phase of the TRT program (Missing group; M), 34 patients who attended counselling for less than 6 months (Noncompliant group; NC) and 20 patients who attended counselling for more than 6 months but did not complete the TRT program (Compliant group; C). The Tinnitus Handicap Inventory (THI), tinnitus Visual Analogue Scales (VAS) and a questionnaire regarding the reasons for dropout were obtained through a telephone survey. Results: Telephonic THI and VAS scores were significantly lower than the initial scores in the M and C groups but not in the NC group. Patients who were unsure about the effectiveness of TRT were prevalent in the NC group, and the poorest long-term THI results were registered in those patients. Conclusions: A fundamental cause of very poor TRT results was when patients were unsure about TRT. On the other hand, a single counselling session could be effective in reducing tinnitus annoyance in patients who accepted the TRT approach and trusted its efficacy.
Keywords: tinnitus; TRT; follow-up; missing tinnitus; TRT; follow-up; missing

Subjective tinnitus is a sound perception which is exclusively dependent on the activity of the nervous system, without any type of mechanical or vibratory activity of the cochlea and independent of any external stimulation. In 1% of cases, tinnitus becomes a disabling condition based on the level of activation of the limbic and autonomic nervous systems and requires treatment [1]. Jastreboff and Jastreboff devised a neurophysiological model of tinnitus, postulating the involvement of the limbic and autonomic nervous systems in the onset of tinnitus. They also developed a specific treatment strategy: Tinnitus Retraining Therapy (TRT) [2].
TRT consists of counselling/teaching sessions and sound therapy that create two kinds of habituation: Habituation to perception and habituation of reaction. Habituation is reached by reducing the strength of the tinnitus signal and showing its benign character, providing an explanation about its origin and mechanisms and pointing out that patients have “a proper reaction to an improper stimulus” [3].
Patients reach habituation to their bothersome tinnitus in 12–18 months, consistent with the quantitative and qualitative definition of “bothersome tinnitus” given by Molini et al. [4]. The results from many tinnitus treatment centres have shown that TRT causes noticeable improvements in 74–84% of patients with any type of tinnitus, according to definite outcome measures [2,5,6,7,8,9]. The first improvement appears 3 months after starting TRT [4,10] and increases 6 months after starting TRT [11]. Although its effectiveness has been widely documented in the literature, there have been few studies on the efficacy of TRT in noncompliant patients [12,13]. In particular, no study has correlated the results of an incomplete TRT program with the timing and reasons for abandoning the program.
The aim of this study was to evaluate the actual situation in patients experiencing chronic tinnitus who did not return to our clinic for a proper follow-up, with particular reference to the timing and reasons for their dropout.

This is a retrospective case–control study on a population of patients experiencing chronic disabling tinnitus who started TRT in the period between January 2011 and December 2018 at the Department of Otolaryngology of University of Perugia (Italy).
Patients had to satisfy the following inclusion criteria:
All patients were contacted for a telephone survey using an independent researcher naive to TRT who administered the tinnitus Visual Analogue Scale (VAS), with ratings from 0 to 10 for Loudness (L), Annoyance (A) and Effect on life (E); the Italian validated version of the Tinnitus Handicap Inventory (THI) [15,16]; and our telephone questionnaire (Table 1).
We divided the patients into 3 groups according to the timing of their dropout from the TRT program:
A group of 28 control cases (CC) was included, composed of patients who satisfactorily completed the TRT program. The whole study sample was also divided into 3 groups according to their answers to question number 3 (A, B, C) in Table 1.
The authors assert that all procedures contributing to this work comply with the ethical standards of the relevant national and institutional guidelines on human experimentation and with the Helsinki Declaration of 1975, as revised in 2008. All patients gave their informed consent.

An early dropout from TRT and poorer results are expected in patients who were unsure about the effectiveness of the proposed therapeutic program. In fact, poor motivation in following the TRT program and incorrect expectations about its outcomes can lead to unsatisfactory results. A single counselling session could be effective in reducing tinnitus annoyance in the study sample. However, further prospective studies, including a control group of patients undergoing no therapies at all, could clarify the potential role of TRT alone in the facilitation of the habituation process and the lower number of counselling sessions needed to obtain and maintain the result.

The study was conducted according to the guidelines of the Declaration of Helsinki, and approved by the University of Perugia Institutional Review Board (no protocol code was released according to national legislation, since the retrospective, not experimental nature of this study.

The data presented in this study are available on request from the corresponding author. The data are not publicly available due to the presence of sensitive information in the database. 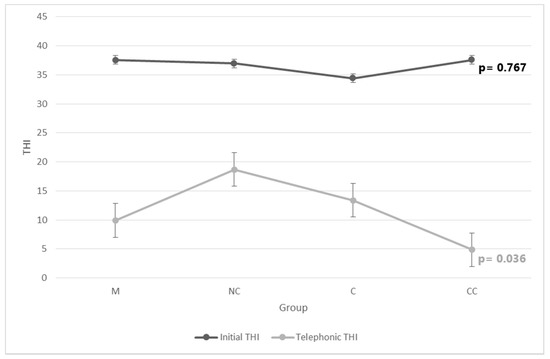 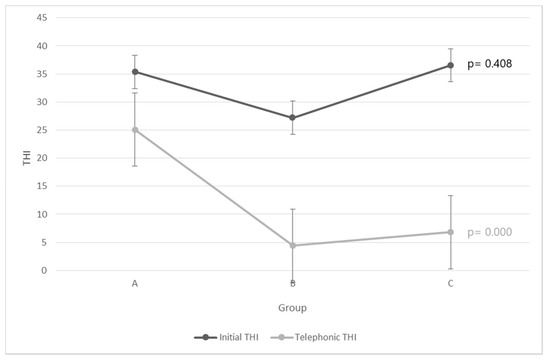 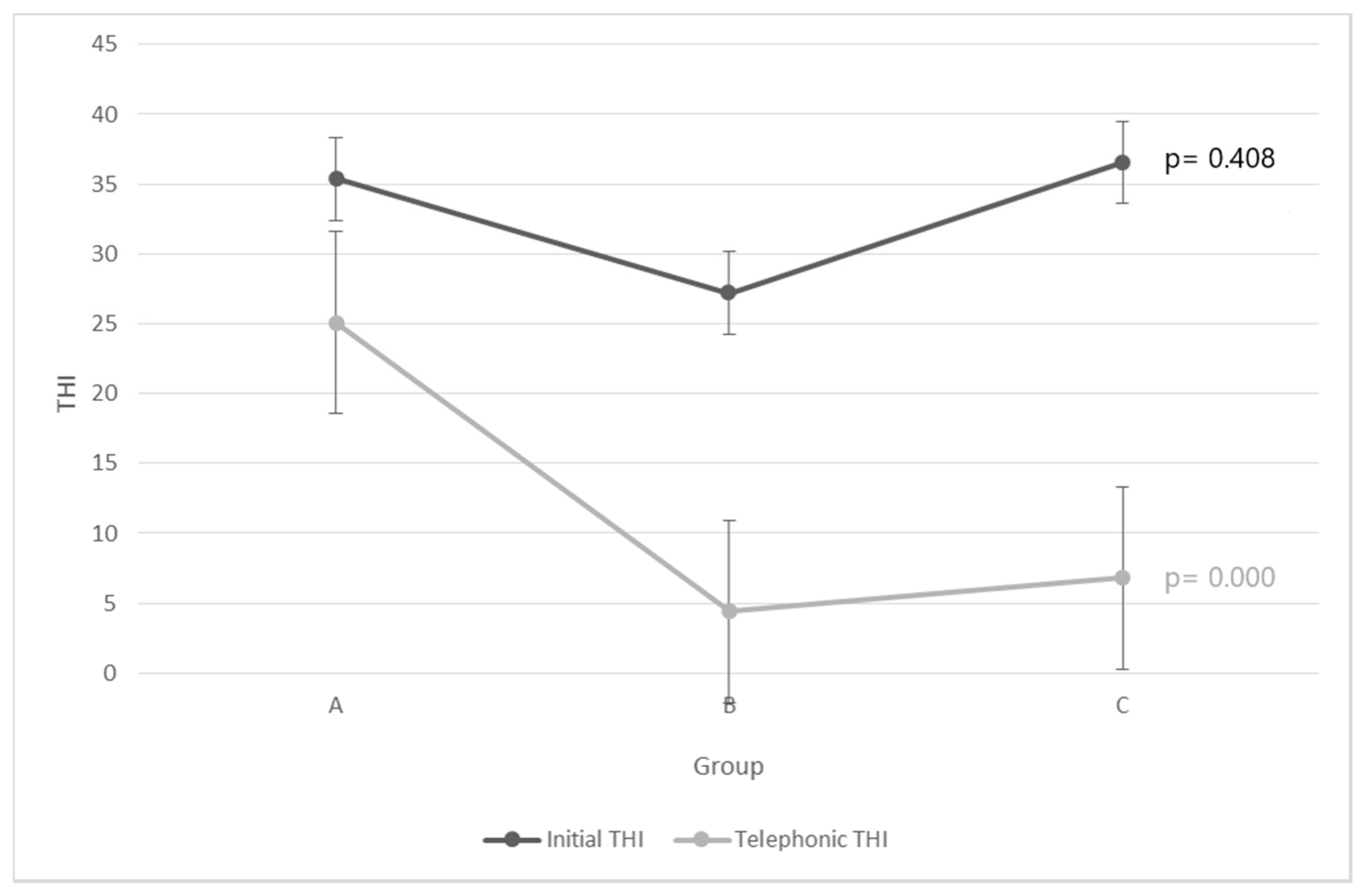