Unusual Influenza A Viruses in Bats

Immunology of Bats and Their Viruses: Challenges and Opportunities

Bats are reservoir hosts of several high-impact viruses that cause significant human diseases, including Nipah virus, Marburg virus and rabies virus. They also harbor many other viruses that are thought to have caused disease in humans after spillover into intermediate hosts, including SARS and MERS coronaviruses. As is usual with reservoir hosts, these viruses apparently cause little or no pathology in bats. Despite the importance of bats as reservoir hosts of zoonotic and potentially zoonotic agents, virtually nothing is known about the host/virus relationships; principally because few colonies of bats are available for experimental infections, a lack of reagents, methods and expertise for studying bat antiviral responses and immunology, and the difficulty of conducting meaningful field work. These challenges can be addressed, in part, with new technologies that are species-independent that can provide insight into the interactions of bats and viruses, which should clarify how the viruses persist in nature, and what risk factors might facilitate transmission to humans and livestock. View Full-Text
Keywords: chiroptera; reservoir host; virus ecology; zoonosis; emerging infectious disease; RNA-seq; metabolomics chiroptera; reservoir host; virus ecology; zoonosis; emerging infectious disease; RNA-seq; metabolomics
►▼ Show Figures 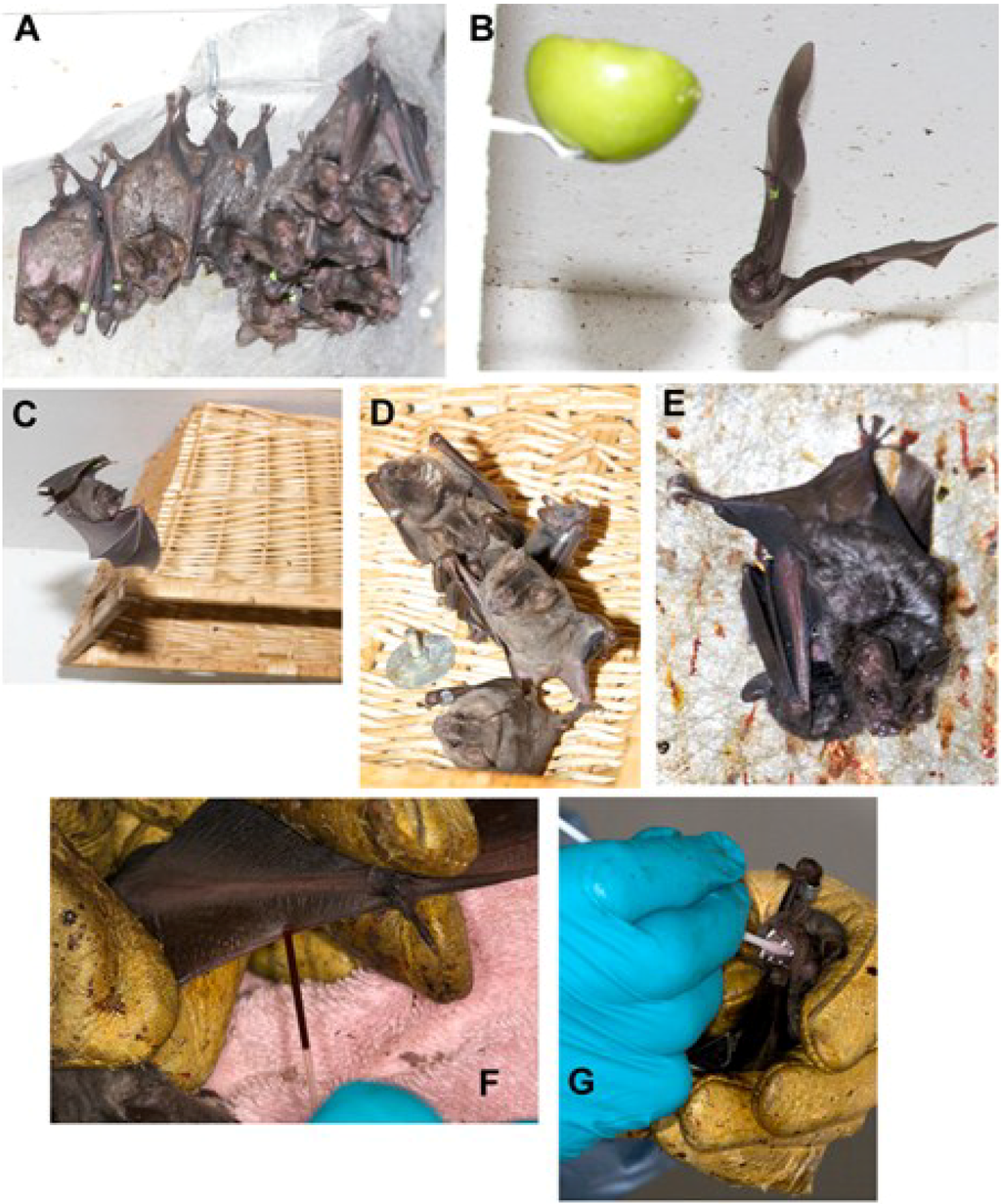