A Loop Region in the N-Terminal Domain of Ebola Virus VP40 Is Important in Viral Assembly, Budding, and Egress
Previous Article in Journal

Spread of Oropouche Virus into the Central Nervous System in Mouse

Oropouche virus (OROV) is an important cause of arboviral illness in Brazil and other Latin American countries, with most cases clinically manifested as acute febrile illness referred to as Oropouche fever, including myalgia, headache, arthralgia and malaise. However, OROV can also affect the central nervous system (CNS) with clinical neurological implications. Little is known regarding OROV pathogenesis, especially how OROV gains access to the CNS. In the present study, neonatal BALB/c mice were inoculated with OROV by the subcutaneous route and the progression of OROV spread into the CNS was evaluated. Immunohistochemistry revealed that OROV infection advances from posterior parts of the brain, including the periaqueductal gray, toward the forebrain. In the early phases of the infection OROV gains access to neural routes, reaching the spinal cord and ascending to the brain through brainstem regions, with little inflammation. Later, as infection progresses, OROV crosses the blood-brain barrier, resulting in more intense spread into the brain parenchyma, with more severe manifestations of encephalitis. View Full-Text
Keywords: Oropouche virus; neuropathogenesis; brainstem Oropouche virus; neuropathogenesis; brainstem
►▼ Show Figures 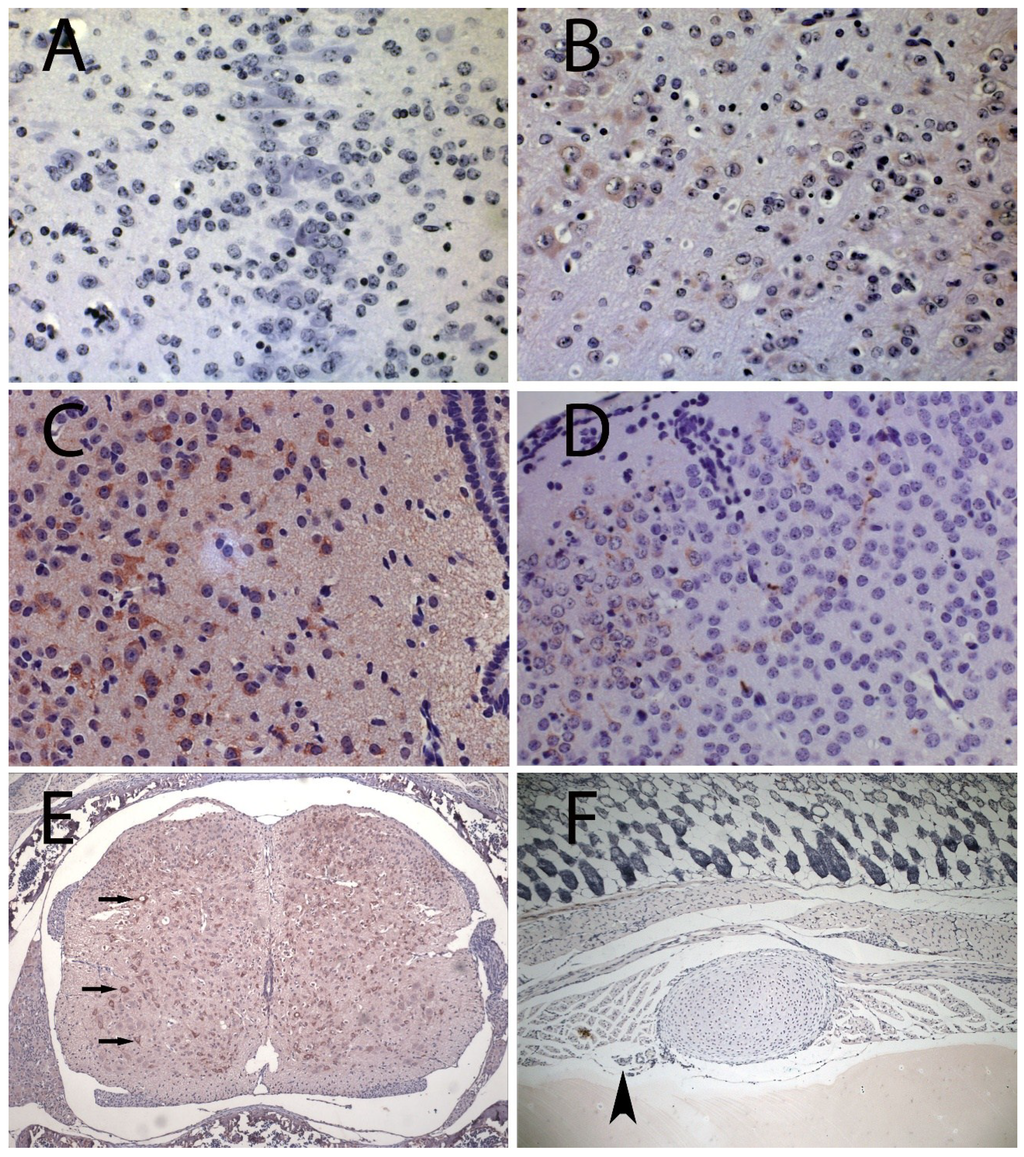