Insights into the Roles of Cyclophilin A During Influenza Virus Infection

DEB025 (alisporivir) is a synthetic cyclosporine with inhibitory activity against human immunodeficiency virus type-1 (HIV-1) and hepatitis C virus (HCV). It binds to cyclophilin A (CypA) and blocks essential functions of CypA in the viral replication cycles of both viruses. DEB025 inhibits clinical HIV-1 isolates in vitro and decreases HIV-1 virus load in the majority of patients. HIV-1 isolates being naturally resistant to DEB025 have been detected in vitro and in nonresponder patients. By sequence analysis of their capsid protein (CA) region, two amino acid polymorphisms that correlated with DEB025 resistance were identified: H87Q and I91N, both located in the CypA-binding loop of the CA protein of HIV-1. The H87Q change was by far more abundant than I91N. Additional polymorphisms in the CypA-binding loop (positions 86, 91 and 96), as well as in the N-terminal loop of CA were detected in resistant isolates and are assumed to contribute to the degree of resistance. These amino acid changes may modulate the conformation of the CypA-binding loop of CA in such a way that binding and/or isomerase function of CypA are no longer necessary for virus replication. The resistant HIV-1 isolates thus are CypA-independent. View Full-Text
Keywords: DEB025; alisporivir; cyclophilin inhibitors; cyclosporines; HIV/retroviruses; HIV capsid; natural resistance DEB025; alisporivir; cyclophilin inhibitors; cyclosporines; HIV/retroviruses; HIV capsid; natural resistance
►▼ Show Figures 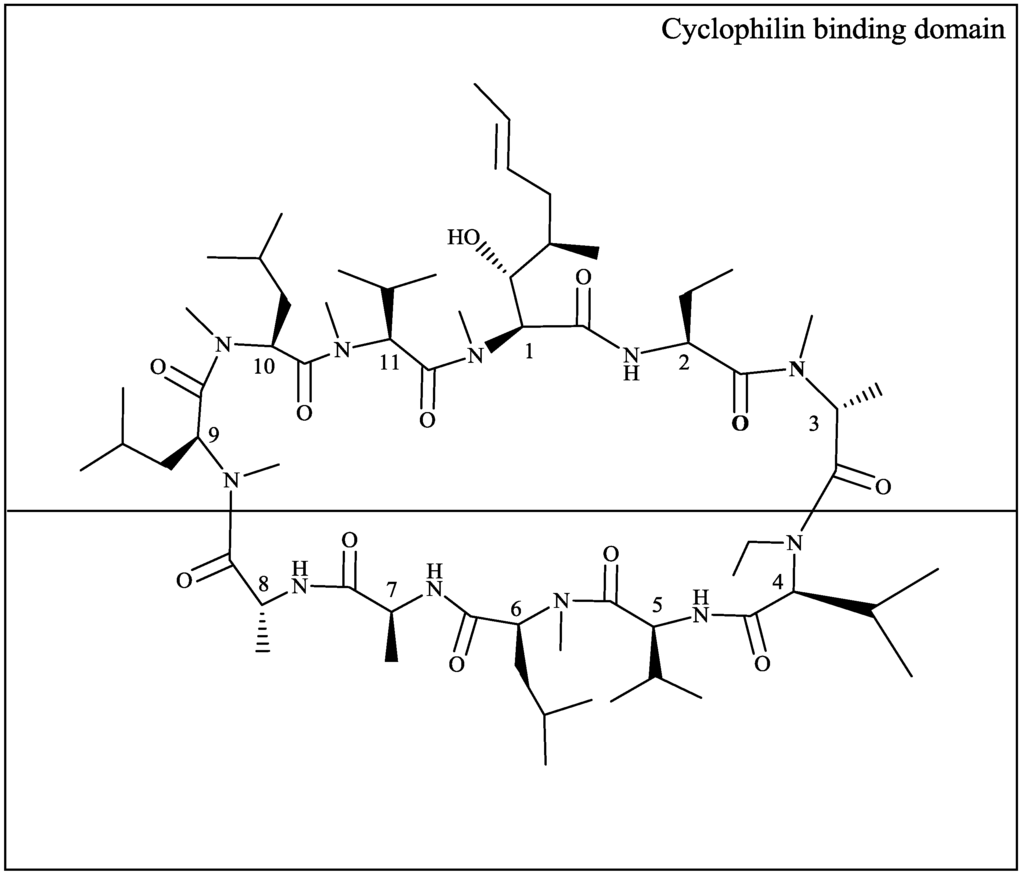