Forest Carbon Sequestration, Pathogens and the Costs of the EU’s 2050 Climate Targets
Previous Article in Journal

To investigate the effect of improved property rights and, in particular, village democracy under China’s Collective Forest Tenure Reform (Tenure Reform) on household forestry investments, we estimate both tobit models and the more general Cragg models for farmers’ labor and monetary inputs into forestry, using survey data of 652 households from the southern collective forest region of China. The results reveal that the improved forestland use and disposition rights had a significant effect on household investments in forestry, while the beneficiary right did not. In addition, the results suggest that village democracy had a positive effect on households’ forestry investments. More importantly, we find that village democracy was able to significantly strengthen the investment incentive effect of the improved property rights under the Tenure Reform. These effects may be explained by the fact that village democracy improved households’ perception, cognition, and, subsequently, confidence toward, in particular, the use and disposition rights of the forests entitled to them. Therefore, the findings suggest that to increase the investment incentives of the Tenure Reform further, governments could strengthen the bundle of households’ use and disposition rights, as well as their related policies. Also, our findings indicate that governments could significantly improve the performance of public policies by effectively employing democratic procedures in the process of policy implementation. View Full-Text
Keywords: village democracy; property rights; investment; forest tenure reform; China village democracy; property rights; investment; forest tenure reform; China
►▼ Show Figures 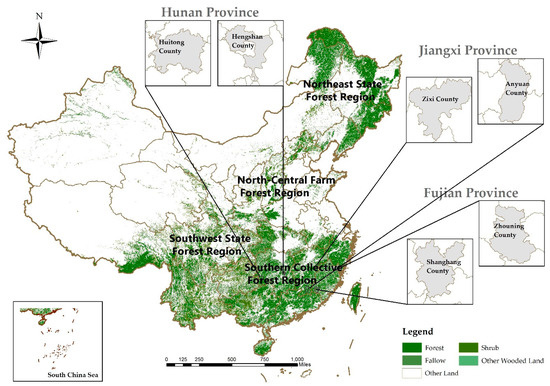