Natural forest management in the tropics is often impeded by scarcity of advanced regeneration of commercial species. To supplement natural regeneration in a forest managed by a community in the Selva Maya of Mexico, nursery-grown Swietenia macrophylla seedlings were planted in multiple-tree felling gaps, known as bosquetes. Remnant trees are often left standing in gaps for cultural and economic reasons or due to their official protected status. We focus on these purposefully retained trees and their impacts on planted seedlings. Sampled bosquetes were 400–1800 m2, of which remnant trees covered a mean of 29%. Seedling height growth rates over the first 18 months after out-planting more than doubled with increased canopy openness from 0.09 m year−1 under medium cover to 0.22 m year−1 in full sun. Liana infestations and shoot tip damage were most frequent on seedlings in the open, but, contrary to our expectations, height growth rates were 0.14 m year−1 faster for liana-infested seedlings than non-infested and did not differ between damaged and undamaged seedlings. Apparently the more rapid height growth of well-illuminated seedlings more than compensated for the effects of lianas or shoot tip damage. Despite the abundance of remnant trees and their negative effects on seedling growth, enrichment planting in bosquetes has potential for community-based natural forest management in the tropics in supplementing natural regeneration of commercial species. One obvious recommendation is to leave fewer remnant trees, especially those of commercial species that are non-merchantable due to stem defects and trees retained for no apparent reason, which together constituted half of the remnant crown cover in the sampled bosquetes. Finally, given the rapid growth of lianas and understory palms in large canopy gaps, at least the most vigorous of the planted seedlings should be tended for at least two years. View Full-Text
Keywords: community-based forest management; tropical forestry; gap planting; remnant trees; sustainable forest management community-based forest management; tropical forestry; gap planting; remnant trees; sustainable forest management
►▼ Show Figures 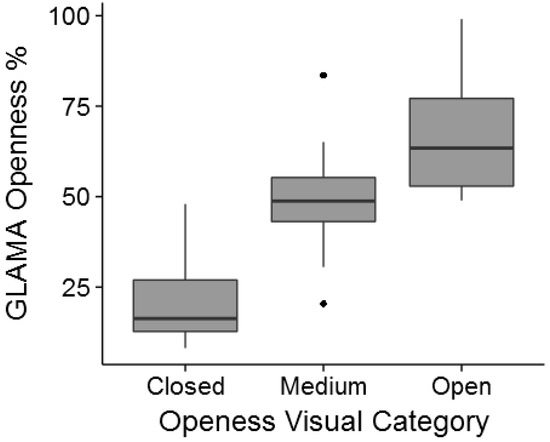