Edge Influence on Diversity of Orchids in Andean Cloud Forests

Cloud forests harbor high levels of orchid diversity. However, due to the high fragmentation of these forests in the Andes, combined with the pressure for new agricultural land, orchid diversity is highly threatened. Despite this worrying scenario, few studies have assessed the effects of habitat loss specifically on orchid assemblages in the Andes. The aim of this study was to analyze the edge effect on orchids in cloud forest fragments of varying size. We measured forest structure, neighboring land cover and edge effect on orchid abundance, species richness and beta-diversity, by sampling assemblages along edge-to-interior transects in six different sized Andean (southwest Colombia) forest remnants. We recorded 11,127 stem-individuals of orchids in 141 species. Within the forest, edges sustained equal or more species than interior plots. Our results revealed neither patch metrics nor forest structure showed any significant association to orchid diversity at any scale. Nonetheless, from our observations in composition, the type of neighboring cover, particularly pastures, negatively influences interior species (richness and composition) in larger reserves. This might be due to the fact that some species found in interior plots tend to be confined, with sporadic appearances in regeneration forest and are very scarce or absent in pastures. Species richness differed significantly between matrix types. Our results suggest that (1) orchid diversity shows spatial variability in response to disturbances, but the response is independent from forest structure, patch size and patch geometry; (2) orchid communities are negatively affected by covers, and this pattern is reflected in reduced richness and high species turnover; (3) orchid richness edge effect across a pasture-interior gradient. Two forest management implications can be discerned from our results: (1) management strategies aiming to reduce edge effects may focus on improvement regeneration conditions around pasture lands; and (2) local scale management and conservation activities of natural forests in cloud forests will favor small reserves that harbor high levels of richness. View Full-Text
Keywords: Andean orchids; rural community reserves; edge effect; habitat loss Andean orchids; rural community reserves; edge effect; habitat loss
►▼ Show Figures 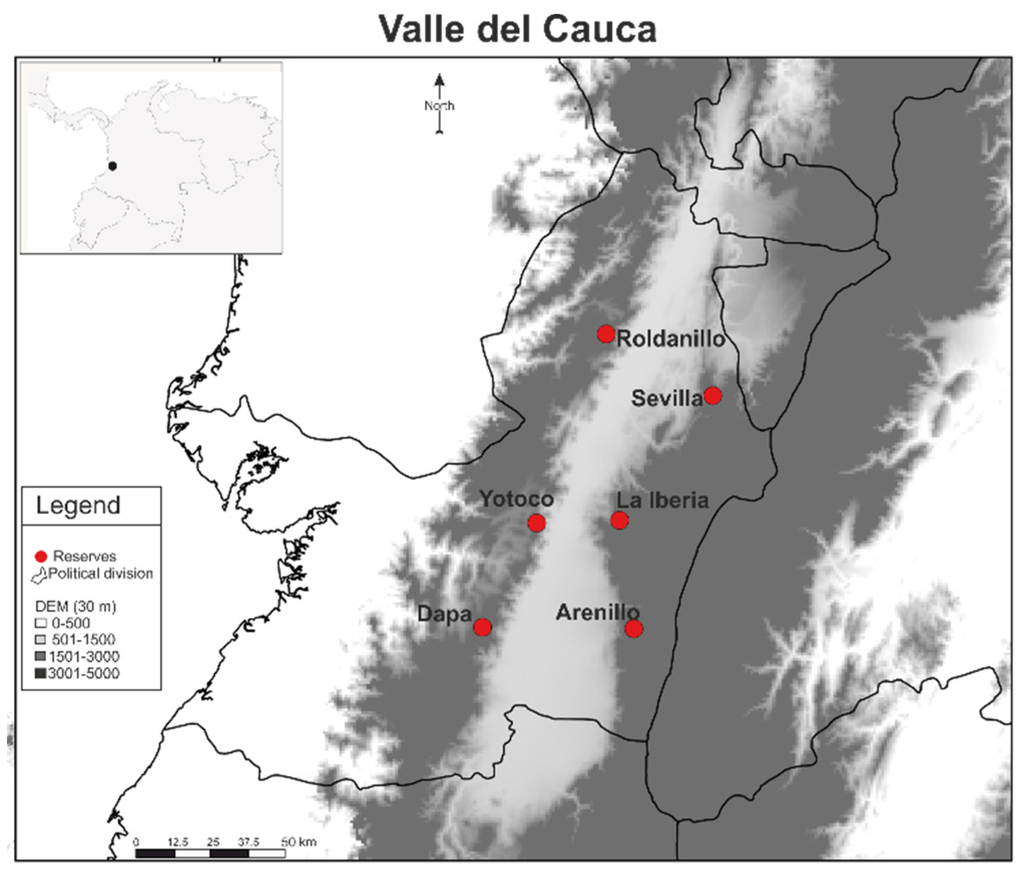