Acknowledgement to Reviewers of Forests in 2015

To understand how forest gaps and the associated canopy control litter lignin and cellulose dynamics by redistributing the winter snow coverage and hydrothermal conditions in the growing season, a field litterbag trial was conducted in the alpine Minjiang fir (Abies faxoniana Rehder and E.H. Wilson) forest in a transitional area located in the upper reaches of the Yangtze River and the eastern Tibetan Plateau. Over the first year of litter decomposition, the litter exhibited absolute cellulose loss and absolute lignin accumulation except for the red birch litter. The changes in litter cellulose and lignin were significantly affected by the interactions among gap position, period and species. Litter cellulose exhibited a greater loss in the winter with the highest daily loss rate observed during the snow cover period. Both cellulose and lignin exhibited greater changes under the deep snow cover at the gap center in the winter, but the opposite pattern occurred under the closed canopy in the growing season. The results suggest that decreased snowpack seasonality due to winter warming may limit litter cellulose and lignin degradation in alpine forest ecosystems, which could further inhibit litter decomposition. As a result, the ongoing winter warming and gap vanishing would slow soil carbon sequestration from foliar litter in cold biomes. View Full-Text
Keywords: forest gap; foliar litter; lignin; cellulose; seasonal snowpack forest gap; foliar litter; lignin; cellulose; seasonal snowpack
►▼ Show Figures 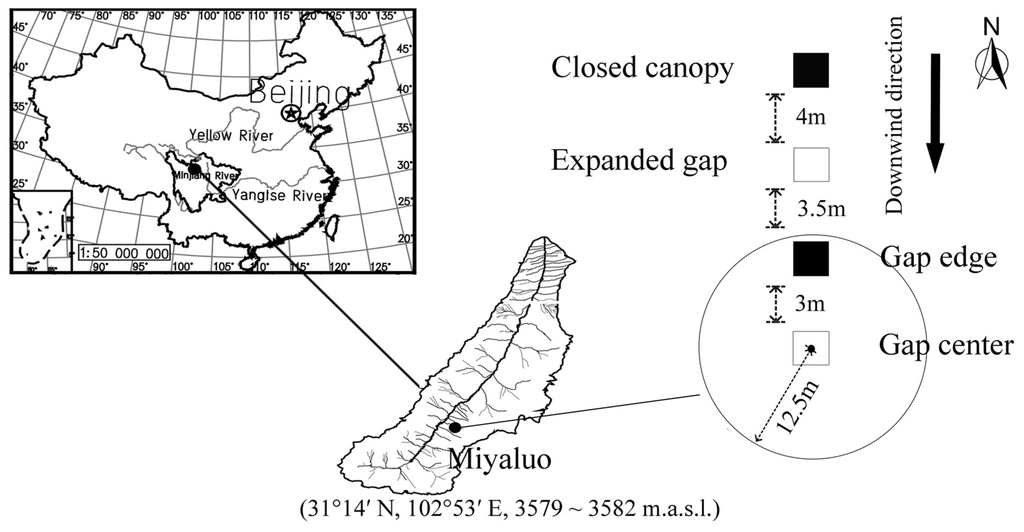